By: Justin Moody | Comic News | August 25, 2010
Jimmie Robinson's Bomb Queen series is possibly one of the craziest parodies of the superhero genre in comics. With each volume the ante is up'd and it looks like volume six is not exception.

Just when you thought the streets were safe, Bomb Queen is back to make them dark and dangerous! Bomb Queen takes on the forces of good, confronting the president of the United States himself in BOMB QUEEN VI #2, in stores on November 24, 2010. 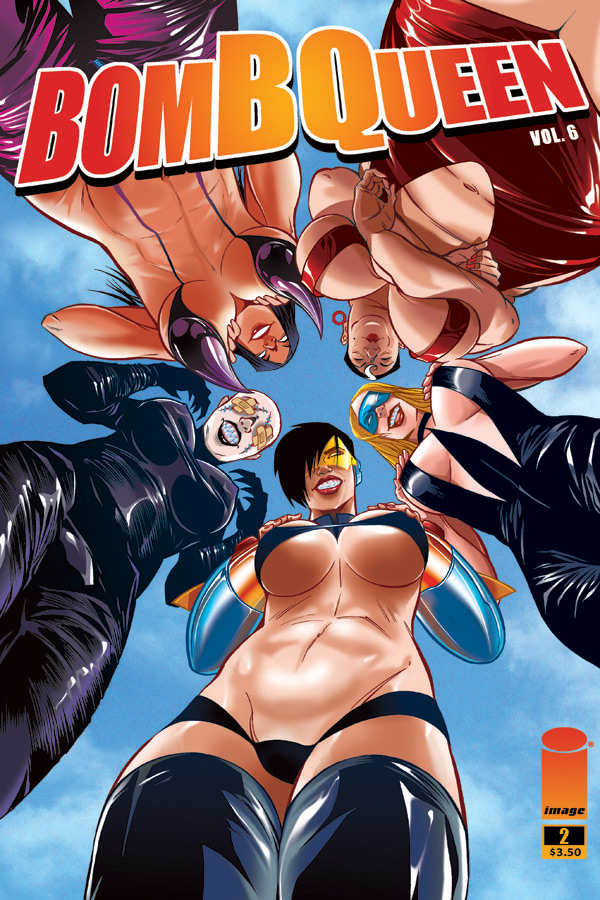 "Who better to take on the leader of the free world than Bomb Queen?" asks creator Jimmie Robinson. "She's the antithesis of Barack Obama. Bomb Queen will be the worst adversary the Obama administration ever faces!"

In BOMB QUEEN VI, Bomb Queen returns with new twists and mayhem when President Obama attempts to shut down her city of crime. Can Washington D.C. put the evil Queen back in the bottle, or will this be Obama's first comic book defeat? Don't miss the shocking reveal at the end of this issue!