STAN LEE'S THE TRAVELER features a mysterious new superhero with time-traveling powers who battles the Split-Second Men, super-powered assassins from the future. 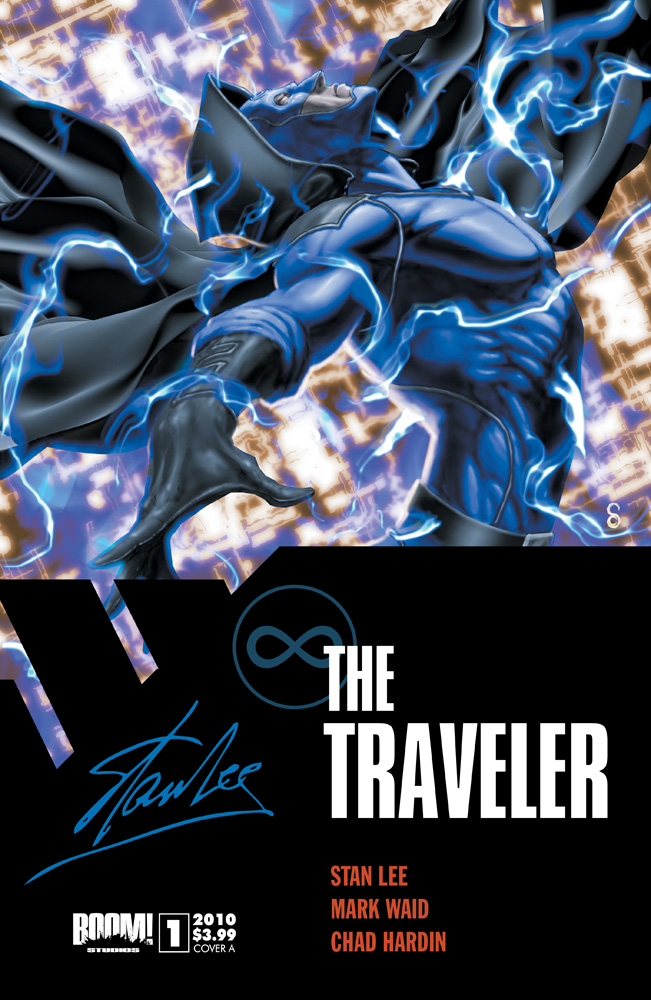 "Stan Lee and Mark Waid working together? You can't beat that! Both are legends in our industry, and now both are bringing THE TRAVELER to life. There is no hype that can overstate the power of these two comic book industry titans joining forces to bring fans a brand new superhero comic book like no other you have ever seen," said BOOM! Studios Editor-in-Chief Matt Gagnon. "Add an artist like Chad Hardin to the mix, and you have comic book gold, my friends! I can't wait for fans to experience THE TRAVELER."

The November debut of STAN LEE'S THE TRAVELER #1 will mark the second of three titles debuting from Stan Lee and BOOM! Studios with STAN LEE'S SOLDIER ZERO #1 hitting store shelves in October and STAN LEE'S STARBORN #1 shipping this December. All three titles were announced by Stan Lee during a press conference at Comic-Con International this past summer.

Debuting in October, one month before THE TRAVELER, is STAN LEE'S SOLDIER ZERO. This ongoing series, written by DOCTOR WHO and ACTION COMICS scribe Paul Cornell with art by SUPERMAN artist Javier Pina, tells the story of a wheelchair-bound astronomy teacher who finds himself in a freak accident that bonds him with an alien weapon of war.

Hitting shelves this December is STAN LEE'S STARBORN. The third of the three ongoing series is written by iZOMBIE's Chris Roberson — who recently charted as a New York Times best-selling author — featuring art by SPIDER-MAN's Khary Randolph. STAN LEE'S STARBORN tells the story of a regular guy who discovers he's the heir to an intergalactic empire, putting him the center of a war between five alien races.

The revelation this past March of Stan Lee presenting this series of three superhero titles at BOOM! followed on the heels of a viral marketing campaign announcing "Stan's Back" that hit the internet in late February. The L.A. Times' Hero Complex & L.A. Times' Brand-X also got in on the action, running the "Stan's Back" campaign in print and on their respective websites. All the banner ads linked back to www.stansback.com, a site which had only the "Stan's Back" logo and nothing else disclosing additional information. 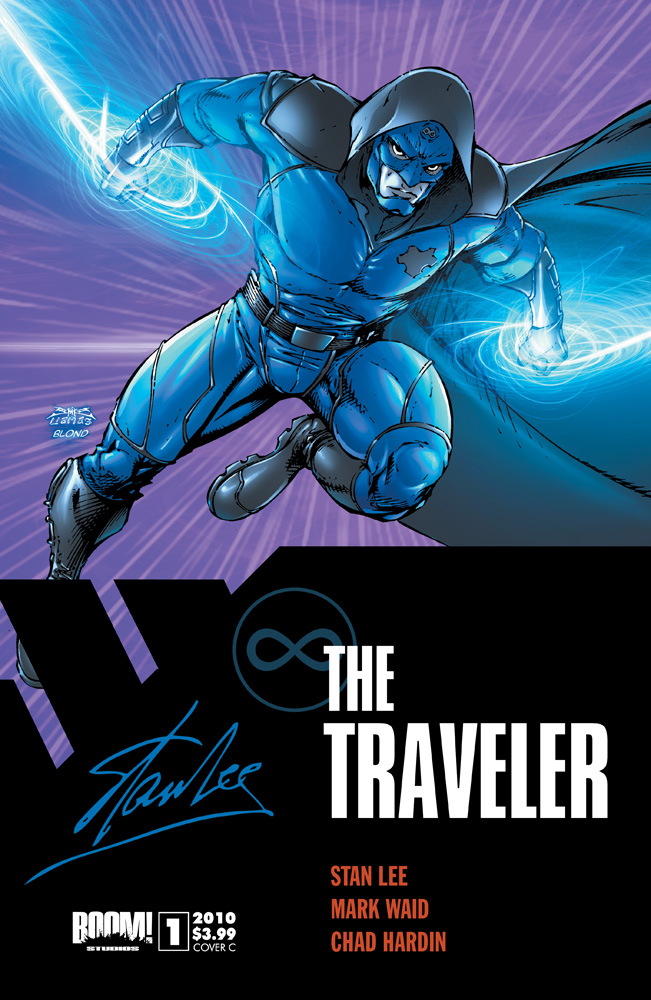 For one week, the internet was in a frenzy, with comic fans everywhere trying to figure out what the "Stan's Back" teaser campaign meant. This culminated with the announcement that Stan Lee is back, this time at BOOM! Studios, creating a line of three new superheroes.

Fans then had to wait until the press conference at Comic-Con International this summer for POW! Entertainment and BOOM! Studios to reveal the characters, series and creative teams for the three superhero titles. Attended by Stan Lee, Paul Cornell, Mark Waid, Chris Roberson and BOOM! Studios Publisher Ross Richie, the announcement garnered press from all over the world including news outlets like CNN, Wired and covered extensively by one of the biggest news sites in China and all over the globe.

STAN LEE'S THE TRAVELER #1 solicitation appears in this months' issue of Diamond Previews letting fans know about this not-to-be missed publishing event of the year.