This book follows on the heels of THE ODDLY COMPELLING ART OF DENIS KITCHEN, an overview of the pioneering underground cartoonist published this summer by Dark Horse Books. DENIS KITCHEN'S CHIPBOARD SKETCHBOOK is comprised of amazingly peculiar kinds of drawings on "chipboard" that Kitchen has created below the radar for many years. Chipboard is the heavy, grainy card stock at the base of writing tablets. The artist started the habit of drawing on this unlikely substance during long, often boring production meetings at Kitchen Sink Press, his former company, when he would flip his notes tablet over and doodle with a combination of the only tools at hand: a Sharpie pen and fine-point Uni-ball pen. 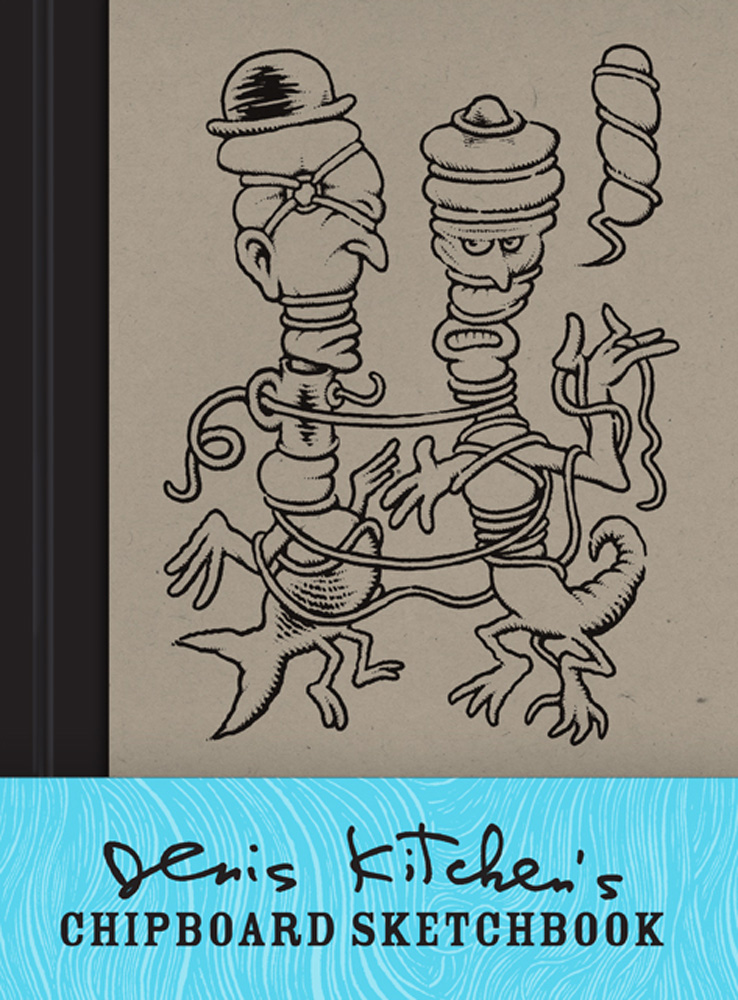 "These chipboard drawings are completely spontaneous, never conceived ahead of time and never penciled. I have no idea what I'm going to do when the Sharpie point hits board. That makes for an exhilarating creative danger. I allow my sub-conscious mind to overrule the conscious, something that always attracted me to the Surrealist art movement. I will typically start with an abstract line. It might become a vague nose or an ear, but once that general direction is established I still do not know if the ear belongs to a human, a creature or neither. This stream-of-consciousness approach concocts images that often genuinely surprise even me as the lines unfold."