Kojima announced at TGS that the HD remake collections of Metal Gear Solid and Zone of the Enders will also be making their way to the Vita – both of course featuring the new "Transfaring" feature. The games are not alone, though, as Kojima had more up his sleeve with a new title in the works that will feature Transfaring, and thus be on both the PS3 and Vita.

While the announcement of a new game featuring Transfaring is surprising, it really wasn't unexpected. It only made sense that at least the Metal Gear Solid collection as a whole would be coming to a portable system. Seeing that most Metal Gear Solid fans beat Peace Walker a little more than a year ago, they'd probably need more of an incentive to try the new system. Also, it's an easy port to the Vita. 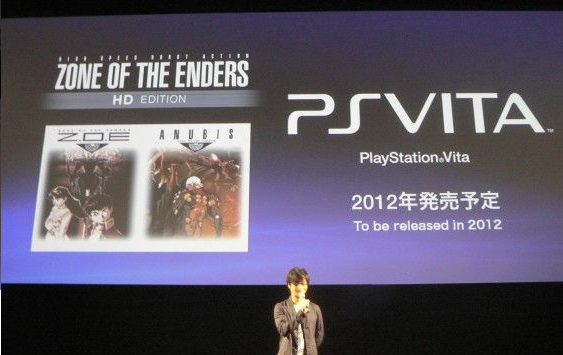 The PS3 versions of the HD collections are due out this fall, but the Vita versions will not be out until next year. With that said, I hope they find a way to make the game more cost effective because as much as I'd like to try the remakes on the Vita as well, I personally don't want to pay for two copies. Also, there are five games in total in the collections and I'm sure I will have them beat before the Vita versions are out, thus not making Transfaring relevant. Though this is Kojima we're talking about. If anyone can pull off something like this it's him.