"Handling new seasons of life"
By: Russ Matthews | Movie Reviews | November 17, 2017
Most people know Ben Stiller from his multitude of characters that range from Derek Zoolander to Greg Focker to Madagascar's Alex the lion, but his range goes beyond mere comedies. The multi-faceted actor has delivered some of his most enduring roles in nuanced and vulnerable parts like Walter Mitty and most recently as Brad Sloan. As a father who is about to send his son off to university, can Stiller draw audiences into this world of insecurities and envy? Life has been good to Brad. He has a wonderfully supportive wife, a lovely home in Sacramento and his son, Troy (Austin Abrams), has done well in scholastically and is looking forward to life after high school. Even with all this happening around him, Brad still lives in a world of ‘what could have been’ as he looks to the lifestyles of his former university buddies. As he takes his son off to look at Harvard and Tufts as options for further education, he finds himself having to get in contact with his friends from the past. In amongst the admission interviews and the university tours, he finds himself wrestling with the loss of his son and the nagging feeling that comes from desiring someone else’s life. 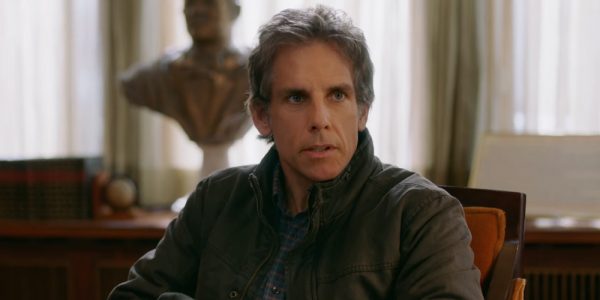 With each new season of life, it is inevitable to wonder about the potential missed opportunities of the past. The pain associated with this experience can be exacerbated by being surrounded by successful friends. Writer and director Mike White taps into this true-to-life situation experienced by people around the world. His choice of Stiller to portray the mental anguish of someone who is traveling through this period in his life is perfect. It adds to the reflective element of the film which is admirably portrayed by all involved in the production, but this all is derailed by the less than satisfying resolution. There are glimmers of hope in the storyline and realities of the mid-life crisis experiences of Ben Stiller’s character. It could be said that that White does overplay his hand as he introduces each of Brad's former classmates which moves things toward the melodramatic: but thankfully the film does start to show that the grass is not always greener on the other side. 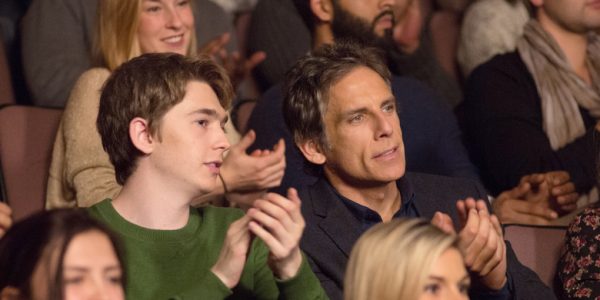 Another small caveat within this review is how this film utilizes foul language poorly. As an artistic element, there is a place for particular wording in a script. It can help to portray a cultural aspect and some situations are best supported by specific vernacular. Brad’s Status is a portrayal of a specific reality in a particular time in a man’s life and White’s usage of language is so out of place that it detracts from the whole story. This common practice exposes a laziness in communication in modern writing and lowers the overall quality of the movie. There are hints that things may rise above this world of Brad's midlife crisis, but this hope is misplaced and fails to come to fruition. The frustration with the writer's tale is that his protagonist cannot see what is happening right in front of him. Everything along the way-points to the answers to his quandaries within his existence, but this hyper-educated man seems to prefer to remain adrift in his self-pity opposed to finding satisfaction in what he has been given.
Rating
5.0
Pros