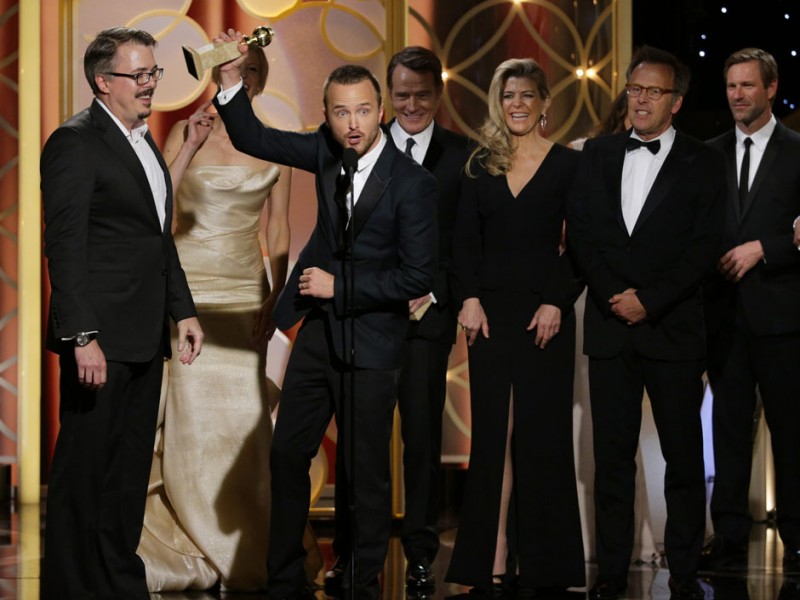 Tina Fey and Amy Poehler were back hosting the Golden Globes and proved, once again, that they should just host everything, forever. Not only did they do a fantastic and hilarious job (check out their opening speech here) but they also brought in an impressive audience, for the second year in a row. The telecast hit a ten-year ratings high and was up 6% from last year’s impressive numbers. The ceremony was, as usual, over-long and tedious at times, but there were some really great moments: from Jacqueline Bisset’s awkward acceptance speech (did she think she just won the Nobel prize?) to Emma Thompson’s hilarious barefooted turn on stage to Amy Poehler in drag as Randy, Tina Fey’s adult son, also she made out with Bono, magnificent.

Plus the usual logistical snafus that plague award shows were not missed as it became amusing to see winners have to trek what seemed to be miles through the crowded ballroom to get to the stage, each time taking them longer and longer. And who doesn’t love teleprompter malfunctions? It had the particular weirdness and whimsy that is expected of the Golden Globes, and that is not counting some of the surprising and off-the-wall winners.

As for the television awards there definitely were some satisfying and deserved winners; Elisabeth Moss was finally recognized for her acting (even though it wasn’t for Mad Men it was great to see her winning something after years of snubbing), Amy Poehler was awarded for her fantastic work in Parks and Recreation, and often Golden Globe-snubbed Breaking Bad (for best Drama series and actor) came out on top.  Of course, there were also some odd winners in the bunch, freshman series Brooklyn 99 came out on top as did its leading man Andy Samberg, unexpected sure, but anything is better than The Big Bang Theory or Modern Family winning all the awards, though some Parks and Rec love would have been nice. But Jon Voight winning over Aaron Paul, and Rob Lowe, just not cool, HFPA. 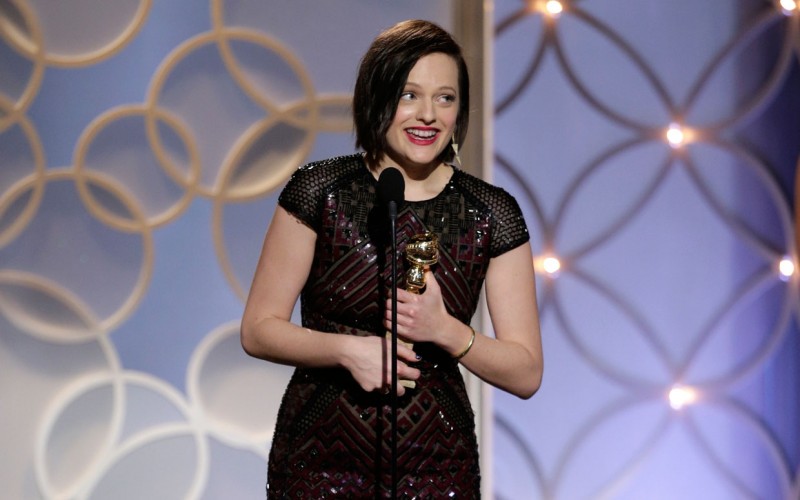