Andy Serkis steps out of the motion capture suit and into the director’s chair for this moving true story of the film’s producer Jonathan Cavendish’s parents and the remarkable lives they led.

Andrew Garfield plays Robin, a charming and athletic tea-broker, who marries the beautiful Diana (Claire Foy, The Crown) before they set off on their life in Kenya. Great emphasis is placed on physical activity in the first act of the film, from tennis to hiking to hula-hooping, because just as things seem to be going swimmingly, Robin falls ill with polio. 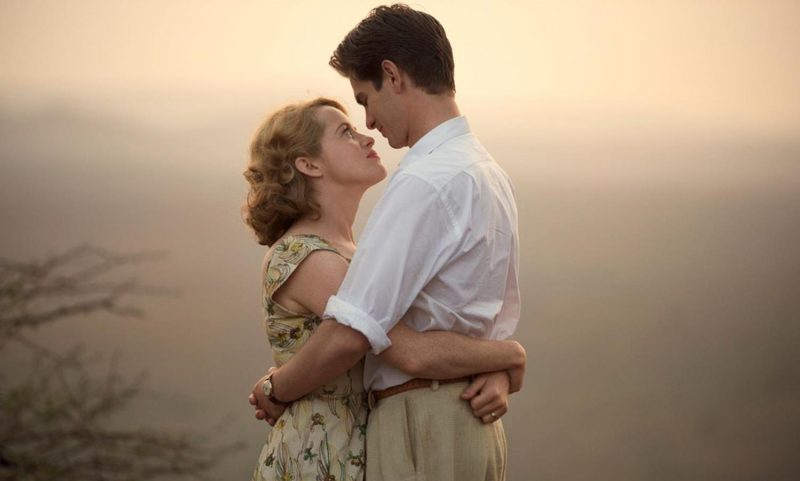 It’s testament to Garfield’s talent that the long series of hospital scenes are by turns difficult to watch, and difficult to look away from. Polio, of course, results in paralysis from the neck down, and therefore the need for the constant use of a ventilator machine — hence the title Breathe.

Robin’s suicidal depression is slowly coaxed into hope by Diane’s firm devotion and incorrigible determination. The two of them have a wonderfully easy chemistry, which allows for their love story to be the steady undercurrent to the ups and downs of the story.

Diana spearheads the heist to break Robin out of hospital when he can’t take it anymore and with the help of engineer friend Teddy Hall (Hugh Bonneville), soon Robin has a ventilator-installed wheelchair at his disposal, resulting in a much better outlook on life. The film then turns to the story of pioneering for the rights of the severely disabled. Robin meets with Dr. Clement Aitken (Steven Mangan), and their battle now is against established dehumanizing hospital practices and funding rules.

All the while, Garfield effortlessly carries his share of the film whilst hardly moving a muscle. Foy’s stiff-upper-lip smile is perfectly balanced by the weary sadness of Garfield’s when straits are dire, and both of them sparkle with mirth and joy as they adapt to living life to the fullest. 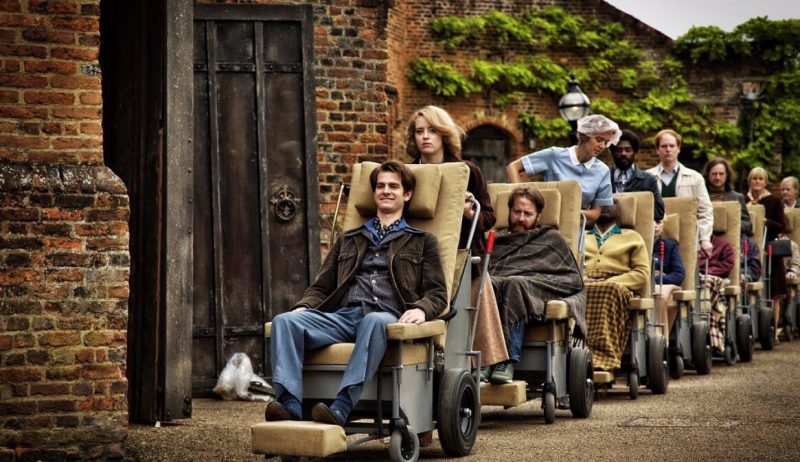 The film is careful not to make its audience feel pity for his situation, but rather admiration for what Robin achieves. The message is not that one should feel lucky that they are not in his position, but rather to feel inspired by his outlook and aim to live life to the fullest no matter your situation. As cliche a message it may be, it’s a moving one none the less. 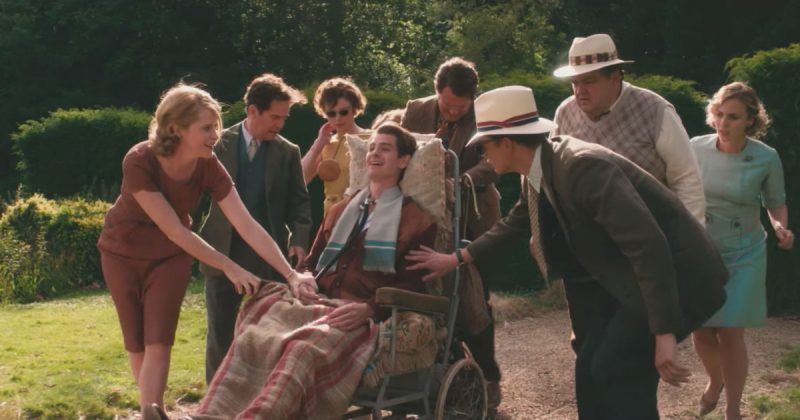 The film shares many of its themes with The Theory of Everything, so although the story is inspiring in its own right, for the audience it sadly does feel to familiar. That being said, it does draw into the spotlight important issues of disability healthcare: both the progress made and what is still lacking.

Overall Breathe is an emotional rollercoaster of a film, with an achingly tender family story at its core. It’s certainly not everyone’s cup of tea, but it’s worth a watch. Don’t worry - Andy Serkis will be back with more of what we’re used to from him with his version of The Jungle Book next year!