"Here's hoping that this is the last diary entry"
By: Russ Matthews | Movie Reviews | September 18, 2016
It has to be 12 years since Renée Zellweger put on her alter ego, Bridget Jones. Will anyone care about her story and will this new twist be compelling enough to bring audiences into theatres again? Bridget Jones (Renée Zellweger) is still keeping a diary, but in the last 12 years it has become digital instead of on paper. Not much has changed in the life of this 43-year-old woman. She is still single and has the same group of friends and family who want more for her in the realm of relationships, but some things have changed. The middle-aged British lady has become a successful television news producer and she has moved on from the love triangle that existed with Daniel Cleaver (Hugh Grant) and Mark Darcy (Colin Firth). On her most recent birthday, she realises that many of her friends have moved on with life as well and she decides to take up the invitation from another single co-worker to test their youthful spirit by attending a music festival. In the process, Bridget goes on to have a one-time fling with a captivating American named Jack (Patrick Dempsey). After this brief attempt to reclaim her youth, she comes back to the real world and attends a family christening. While at the festivities, she runs back into Mark Darcy and unsurprisingly rekindles the romance with her former love. 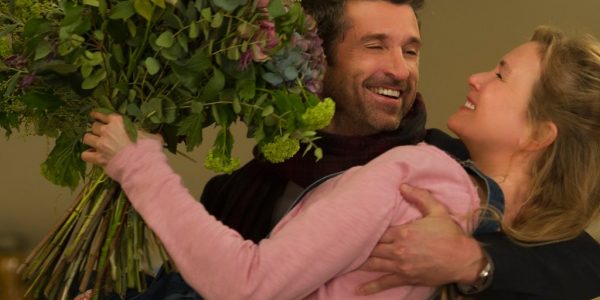 After these two events, she comes to the surprising revelation that she is pregnant. To complicate matters, she has no way of knowing which of these men could be the father of her child. The rest of her diary entries share the journey through her topsy-turvy life. Like seen in previous chapters of her life story, things continue to go from one extreme to another as she attempts to adjust to life as a potential mother and determine who she gets to share the adventure of parenthood. The life of Bridget Jones does provide enough drama to keep the rom-com cottage industry alive for years to come, but hopefully it will stop after this chapter. Despite it's weaknesses, director Sharon Maguire proves that she understands this character well and knows how to draw audiences back into her life 12 years later. She is able to show the difficulties and humorous experiences of older singles and how they cope with the ever-changing world that unfolds around them. Zellweger steps right back into the role that has come to define her and the plot line should be satisfying for the series fan base. Firth continues to prove to be the endearing stiff-upper lipped Briton and Dempsey adds a freshness to this well-worn love triangle formula. In amongst these ever present rom-com elements is the welcomed addition of the jaded, but hilarious Emma Thompson. Her role as the gynaecologist almost makes this film bearable. Her inclusion, as well as the rest of the cast, shows that Maguire can bring together a wealth of talent for this trip down memory lane. 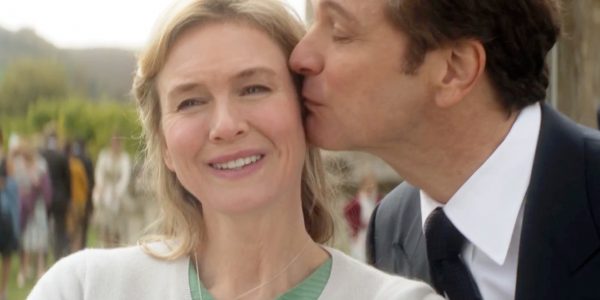 The difficulties with Bridget Jones' Baby is having to endure the hopeless depiction of her lifestyle and the excessive language that goes along with it. Forgive the prudish nature of this description, but this film would, as the old saying goes, 'would make a sailor blush.' Beyond the language, Bridget's choices of companionship and lifestyle become so ridiculous and off-putting that it is embarrassing to experience. Not that romances are meant to be realistic or that comedies are meant to portray any modicum of reality, but after awhile the script and direction becomes too silly to enjoy. In our jaded society, it may seem that getting blind drunk and having numerous one-night stands is normal. Yet, how Bridget can live out this cliched single life and then after becoming pregnant begins to represent responsibility shows that this story line is farcical and exceptionally unsatisfying. There are a few solid laughs and it does provide moments for reminiscing, but the vast majority of the film becomes one awkward event after another. This outing does prove to be better than the second film in the series, but that is not a task that is too hard to achieve. Hopefully, this chapter will bring about the conclusion to the diary entries for Bridget Jones.
Rating
5.0
Pros