Our heroes’ stories continue to move forward as Deadman figures out his new purpose in life. The story begins with the new Firestorm trying to access Professor Stein’s lab. Ronnie and Jason have become fused together and unlike previous Firestorm’s, the duo is unable to separate. Ray Palmer premieres a new Atom costume, which includes a blast shield helmet. He shrinks down to try and manually separate Ronnie and Jason, which ends with mixed results.

The story moves onto to the re-introduction of an old Martian Manhunter villain. The villain’s introduction continues to be the best part of the series. The creature sheds her human skin and kills her middle class family. Hawkman and Hawkgirl continue tracking Hath-set, a villain that has been fondling their dead bodies for centuries. He’s made a plaster mold of both of their faces after their numerous deaths.

We end with Martian Manhunter seeking answers about his first arrival to earth. The scientist that brought him to the planet died, but left a daughter behind. Manhunter disguises himself as her father and gives her the closure that she never received from him in life. She reveals that another alien was brought to earth with her father’s machine and wouldn’t you know it… it’s the creature that just murdered her family. 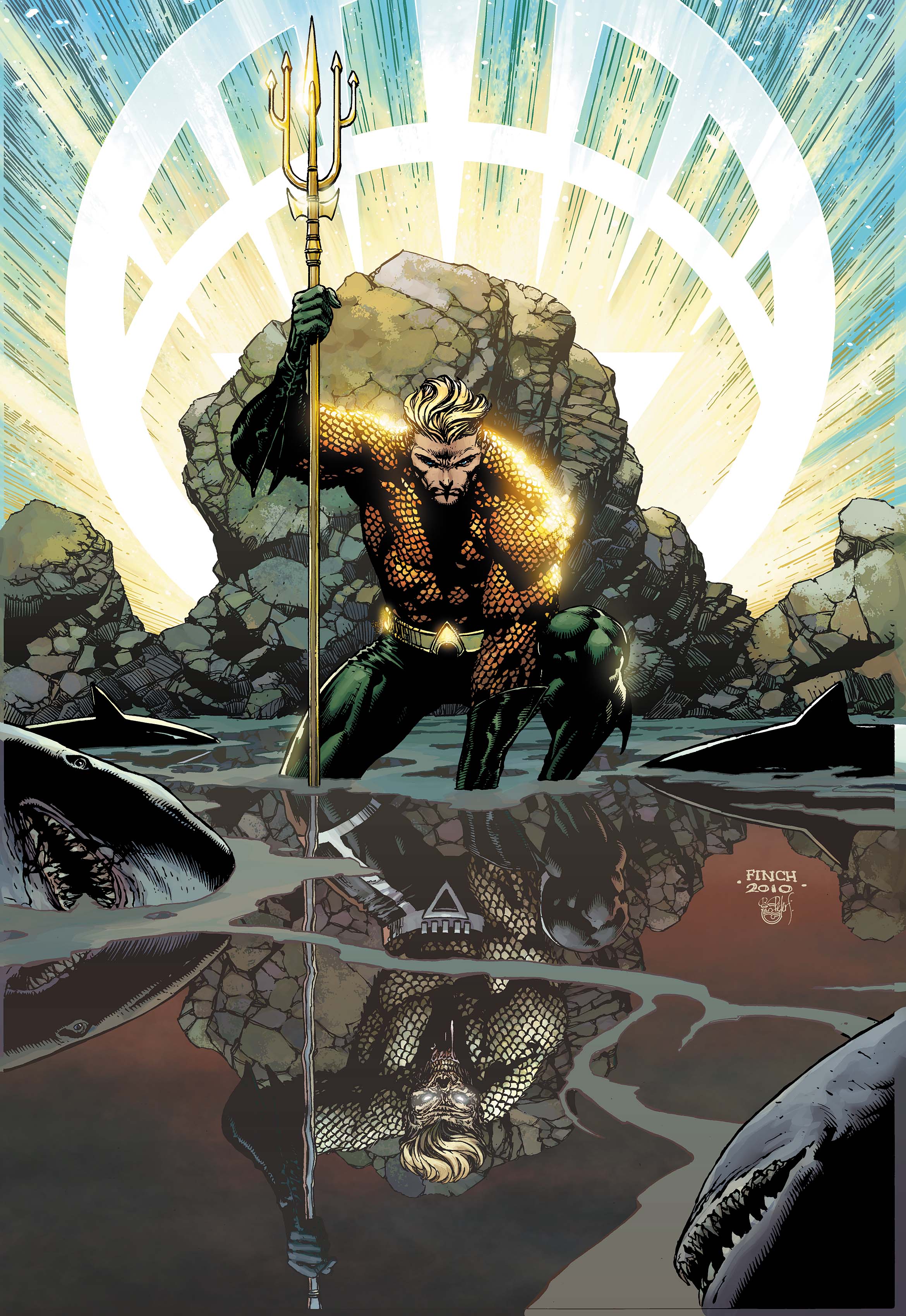 The series itself continues to be set pieces rather than a traditional story. It has no beginning, middle, or end and each issue relies on the reader reading the previous issue. The cover displays Aquaman and yet the issue never follows him. We’re long past the days of the cover alluding to the story inside, but it’s a critical error to miss out on putting Martian Manhunter on the front of the issue.

The way the story is set up gives the reader the impression that all of these characters being followed will receive their own title, making this series the precursor for said titles. Johns and Tomasi deliver strong character dialog and interaction, but continue to fall short on the plot.

As can be expected with a bi-weekly book, the art team is rather large. The team consists of: Ivan Reis, Patrick Gleason, Ardian Syaf, Scott Clark and Joe Prado. The art shifts as the story does, but isn’t very distracting. Thankfully each character has its own art team allowing that section of the book to be distinctive. It’s a stretch to say that this is the top art team at DC; there are a few heavy hitters such as Ivan Reis but that’s about it.

This series as a whole needs to start getting to the point. The second issue is technically the third issue and yet little to no story has been set up. If these characters are going to get their own issues this could have been done after the zero issue. Instead the “Brightest Day” just feels like a “Few Bucks More.”

I keep getting confused between Brightest Day and Brave New World… probably because they’re doing the exact same thing! Follow Dustin on Twitter and ask him anything on FormSpring.