It’s Brightest Day time! With DC publishing a bi-weekly miniseries surely there is a powerhouse of excitement that sets up these characters for their own hit series… yeah right. What’s happening here is that DC has lost all momentum and missed its chance to give the stars of the series their own successful titles.

In each issue one of the characters gets “benched” with only a few pages to tell their story. This time it’s Martian Manhunter that’s sitting on the bench. He mind links with the dog of the family that was murdered in the last issue and what he finds shocks him! Manhunter takes the dog to live with the daughter of the scientist that brought him to Earth. 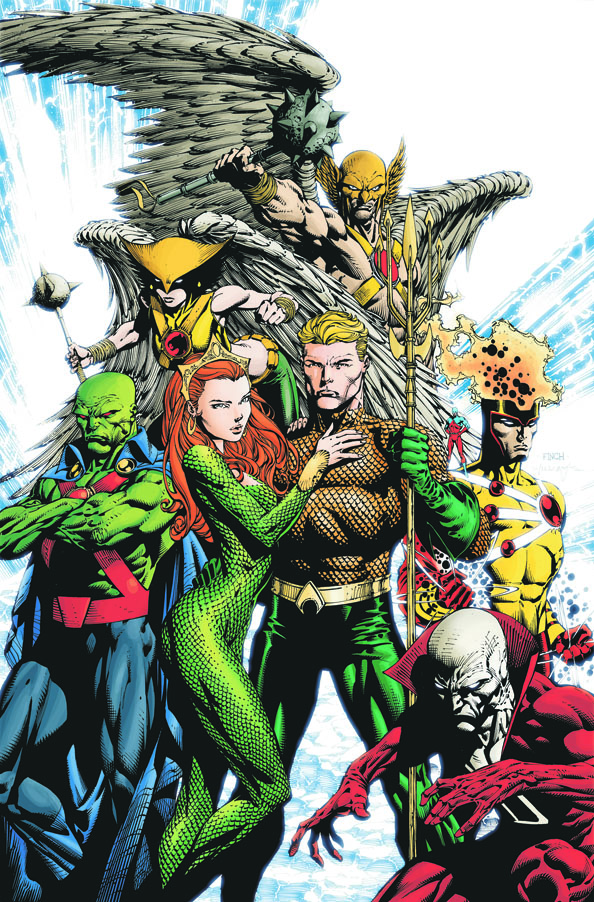 This issue actually begins with Deadman being forced to fight the Anti-Monitor. It’s amazing that he actually knows who the Anti-Monitor is, since he has never met or dealt with him before. There’s a dark sense of humor in which he struggles, as the white light instructs Deadman to fight for his life. The scene is interesting for a few pages until it becomes clear that Deadman has no idea what he’s doing and that he’s not going to learn either.

Aquaman “hones” his new found skill of summoning dead animals. This time he brings a dead Killer Whale to life. The Killer Whale jumps from shallow water and latches on to Aquaman’s head forcing him to kill the whale… again. Mera and Aquaman come to the conclusion that neither one of them have a home to go to. He gives her a big hug, while she gives him a concerned look. Perhaps their marriage is about to go through rough waters? First pun is free by the way.

Remember in the last issue how the Atom couldn’t separate Ronnie and Jason? Well he did after all. Now Doc Stein has to keep the boys separated so that they don’t perma-fuse back together as Firestorm. Ronnie lies to Jason and the Doc, telling them he doesn’t remember any of his actions as a Black Lantern even though he completely remembers killing Jason’s girlfriend. Jason on the other hand is stuck in the anger stage of his mourning.

Hawkman and Hawkgirl find out that Hath-Set has actually been collecting all of their dead bodies and has used them to open a portal leading somewhere pink. Just before bailing into the pink portal Hath-Set finds out that Hawkman is yielding the Claw of Horus, which unsettles him.

The first thing that upset me about this book is that they changed the cover stock for the issue. I know that it’s incredibly geeky, but touch has a lot to do with comics and when the cover change it also changes the experience. It was almost as if DC stopped caring about the book and accepted that there wasn’t going to be any new readers past issue two. Again, it’s very petty, but at the same time very off putting when you pick up the book to read. 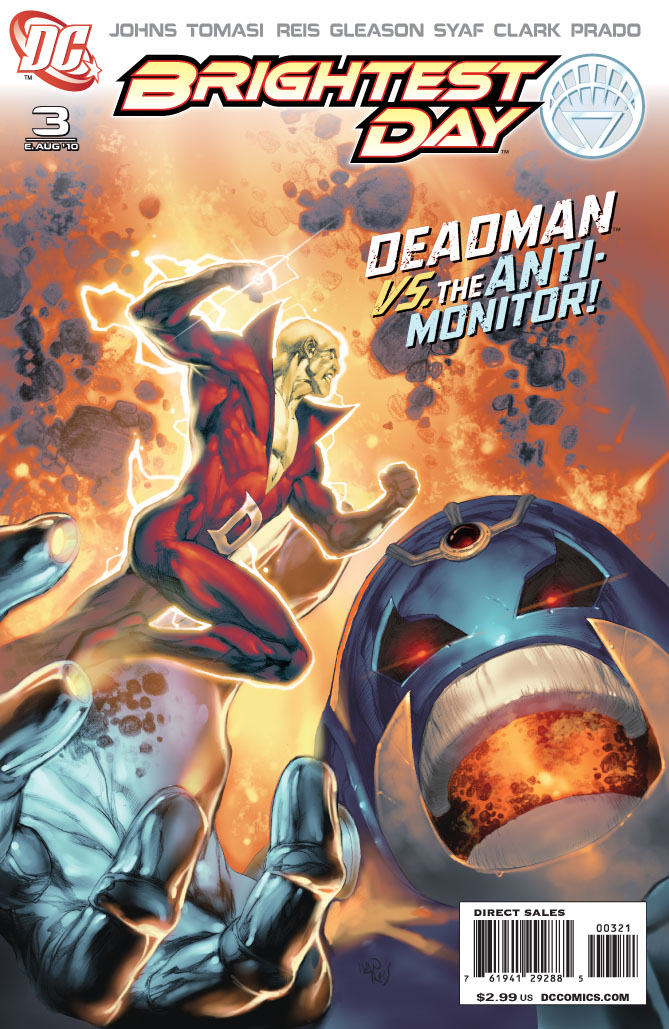 Johns and Tomasi continue to write a very rushed product and a story that goes in circles. It's issue three and I feel like I’ve been reading the same thing over and over. The only character has actually moved forward or done anything of interest is Martian Manhunter and he’s been reduced to erasing a dog’s memories. I feel like I keep saying this but there are only eight issues in this miniseries. When does the story move on?

With this being the third issue it’s no longer shocking that the art changes from character to character. In fact the art has become tolerable as the story has become intolerable. That’s not to say that it’s okay or good for the art to look like day and night between the different characters, but it’s something that you’ll get used to. Thankfully, the coloring on the book remains consistent and beautiful. Again, it’s the only thing to unite the art, but still doesn’t manage to save it.

This book continues to be puzzling. It’s not supposed to be dark and gloomy like Blackest Night. But what isn’t clear is why it’s so campy and slapstick. With DC’s best writer on the book, Johns and a veteran writer like Tomasi this book should be great. As it stands, Brightest Day is making me miss the Blackest Night… and that had zombies trying to kill people.

The second pun will cost you a comment and since I made two… you owe me one! Follow Dustin on Twitter and ask him in the comments below.