"A quirky and imaginative adventure for a boy and his bear"
By: Russ Matthews | Movie Reviews | September 17, 2017
All television is educational television.  The question is:  what is it teaching?  ~Nicholas Johnson We have all heard of the discoveries of people who were abducted and then found years later. Many have a short time in the unwanted spotlight of the public but usually they fade into the obscurity of history. The general populace is interested in their story as long as they can get a glimpse into the world of these atrocities. Brigsby Bear takes the story to the next stage in the process. It shows the world of James Pope (Kyle Mooney) and how he adapts to life after living in seclusion for 25 years and then being exposed to the real world. 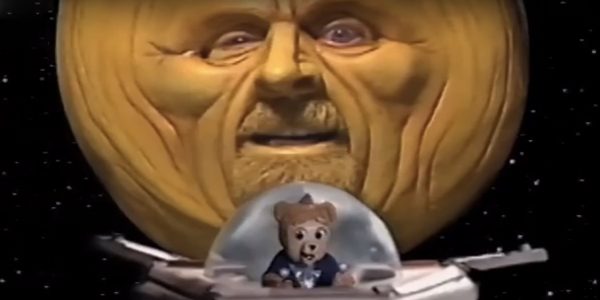 James and his parents live in a geo-dome outside the watchful eye of the world. This secluded home is the only life that James has ever known, but Ted (Mark Hamill) and April (Jane Adams) assure their son that they are safer underground than out in the contaminated world. Within his existence that includes exceptional boredom and continual studies, the young man's physical needs are taken care of, and he has Brigsby Bear. The multiple episodes of the children’s show give James solace, entertainment and comradery throughout his subterranean life. Then one night their home is invaded by the local police department, and James' life changes forever. He has to come to the traumatic reality that Ted and April are not his real parents. While wrestling with this truth, what is even more devastating is that The  Brigsby Bear Adventures was made solely for him by Ted and there will be no more episodes. James must come to terms with these huge lifestyle changes and consider what he is going to do to save himself and his favourite bear. 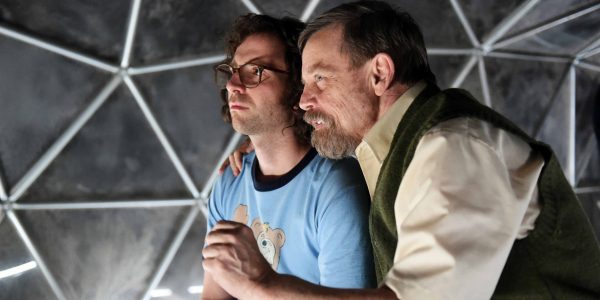 For audiences who are still working through the trauma of 2016’s Room, it may be hard to consider laughing through the experience of a recently released abductee. Brigsby Bear may prove to be needed therapy. Mooney and Costello’s script is respectful of all parties involved in this story and proves to be a heartwarming journey as James adapts to life’s reality. The innovative trio of Mooney, McCray and Costello have managed to begin their independent film careers with a strong script and power packed cast. With Mark Hamill, Claire Danes, Greg Kinnear and Andy Sandberg on board with the project, this little indie film comes with quite a pedigree. Each star manages to add to the picture without overpowering the focus on the central character or by distracting from the engaging storyline. Rooney manages to hold his own on screen by portraying the innocence and drive that James needs to work through the trauma he experienced. 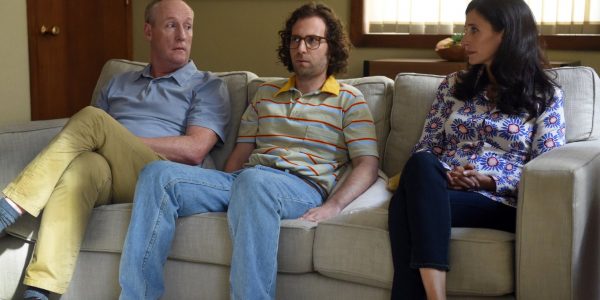 The advantage of releasing this film as an independent production allows for some of the weaknesses to be excused or glossed over in the name of art. The special effects and some of the staging has the feel of a local teen production, but that merely adds to the quaintness of the overall experience. Even the age difference between James and most of his friends manages to move past the creepiness factor, because of his psychological situation. Brigsby Bear is far from a perfect film, but it does offer a winning combination of compassion and character development that makes for an enjoyable entertainment choice this season. Even with the focus of Brigsby Bear has on children's programming, this film is for mature audiences only.
Rating
7.0
Pros