Ah the utopian city of tomorrow!  Lots of games seem to take a liking to this notion. Unfortunately, setting a game in a perfect world would be rather boring.  You only get some excitement when that utopia goes horribly, HORRIBLY awry in some manner.  Like, for example, the population of your perfect city ballooning to ten times what it was intended to hold.  That’s what happens to the city of ARK in the year 2045, in Bethesda’s upcoming shooter Brink.

ARK is a floating, 100% green city intended to be a perfectly self-sustaining habitat for the 5,000 people who live there.  However when 50,000 refugees are added into the mix, we get a clear message about how to deal with overpopulation. Kill the hell out of a bunch of people!  I’m sure the single-player campaign will be more nuanced than that, but the general idea is that players will be able to join one of two factions, the Resistance who fight for the refugees, and Ark Security, who fight to keep the vermin in check. 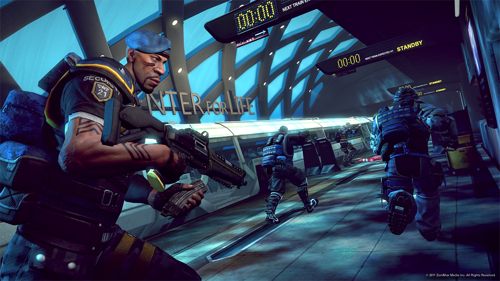 There’s also a big emphasis on character customization as well.  You’ll be able to choose from “25 Quadrillion” different possibilities according to Splash Damage, and the choices aren’t just cosmetic.  Heavy body types will be able to carry larger weapons, while lighter characters can move faster to take better advantage of the game’s SMART System; an acronym for Smooth Movement Across Random Terrain.  Instead of hammering a jump button to make their way across the piles of debris that clutter ARK’s landscape, players will be able to simply hold down the SMART button while their character does all the hard work of navigating the terrain. 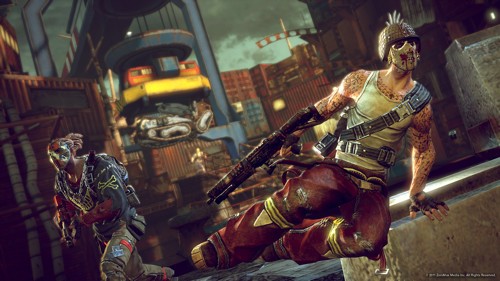 During my lengthy multiplayer battle at PAX East, I got to try out all of these features.  The customization system is truly impressive, I could make my character into all sorts of goofy looking goons, but eventually settled on a standard bruiser who matched the Heavy body type that I chose (I like the big guns when I’m new to a game).  While this let me carry a lot of firepower, it did make it hard to run around; I was thankful for the SMART system after clamoring over rails time and time again as I re-spawned during the battle. I eventually regretted choosing the heavy body-type, as this prevented me from experimenting more with the SMART System, and the parkour-inspired movement.

In the Battle, I had many objectives to deal with. Instead of a typical Deathmatch, or even one single mode, I found myself defending waypoints from the enemy team at times, but then having to stop them from Escorting a VIP to the end of the map later.  The combat and goals varied quickly, and this is sort of gameplay is supposed to be part of all of the game’s modes, multiplayer, co-op and single-player. 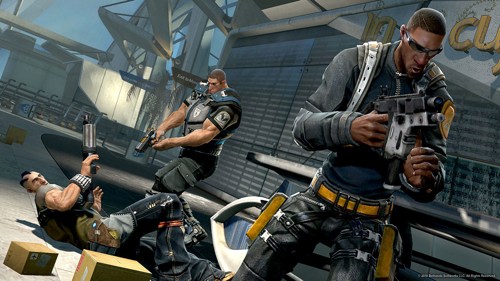 Brink also uses a class system, of sorts, and has branching paths of special abilities in a fashion similar to role-playing games, so each player can specialize what sort of role they want to play on a particular mission.  When starting a match, players can choose from a selection of different characters that they’ve built up during their time with Brink, and each account can hold up to nine different characters.

Given the developer’s history of highly-specialized multiplayer gaming, Brink seems to be something that shooter fans should keep in their crosshairs.  Brink is coming out for PC, XBox and Playstation on May 17th.