Here we are on the second day with our first panel DC Universe. There was a bunch of DC all-stars assembled ranging from Scott Snyder, Brian Azzarello to Gail Simone. As far as announcements went... there wasn't much since Flashpoint is so close and of course DC isn't going to reveal anything.

It was revealed that Scott Snyder and Gene Ha are working on the Superman Flashpoint mini titled Project S and that it will begin with Metropolis having a very bad day as baby S's ship brings a ton of Krypton rubble with it. Brian Azzarello is also working on a title and said it was his first cross-over event and that usually he doesn't do them because he hates them, but then went on to say that this event really will change everything in DC and reaffirmed it with a very loud "Goddamnit!" He also said that you don't need to buy all of the Flashpoint tie-ins but that you're an idiot if you don't since it's going to be some great stuff. Bob Wayne Sales VP encouraged his statement.

They went on to plug Reign of Doomsday and Action Comics 900 again. Gail was asked to talk about Secret Six and said that the Huntress Catman date is coming soon and that it will end way worse than anyone thinks. She said that there was a lot of plans for Bane in the future of the series but wouldn't reveal anymore. Batman Inc. artist Yannick Paquette was announced as DC's newest exclusive artist and he revealed that he's already working on issue 9 of the series. He also said that working on Grant’s scripts is sometimes confusing. There was some Weird Worlds info that basically the first tale of the main character will be in the first six issues and then will move on from there.

For fans of Tiny Titans and the Young Justice comics, nothing could be revealed about Tiny Titans. For Young Justice they were actually asked to design the costume for Psycho Pirate which couldn't be revealed. They said it was fun to work on the project because there was no continuum to deal with and the take on the character can be different than the comic. 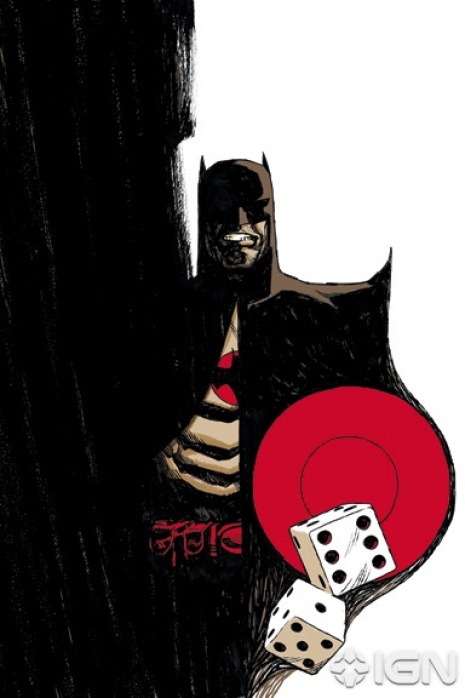 JLA – a big writer and artist are taking over was accidently revealed since it was believed there were already rumors of it, but no names were given.

Is Batman’s logo a light or reflective? No definitive answer.

Madam Zanadu in the DC universe – nothing coming up anytime soon, but maybe in the future.

Asked if Bruce was related to the DC Cain's since his Mother’s last name was Cain? Yes basically and it will be revealed. Coming out in May. Return of Cassandra Cain.

Earth One – Anything other than Batman and Superman – Yes.

What are you going to do to keep the JMS issue from happening again? No clear answer.

To Brian Is Europa going to show up soon? Within ten years.

Is Bruce Wayne is Flashpoint? Don’t know, but how can he not be. 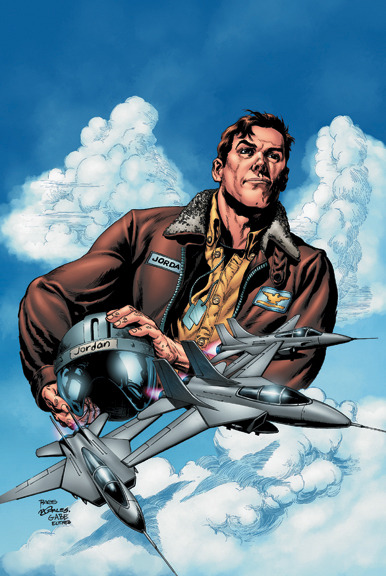 A woman asked about the yet released Brave and Bold episode that Gail wrote that has a controversial hand gesture in the animation. Gail said she didn't know when it would air, but that you could Google it.

Will they be renumbering Flash?  Bob Wayne makes a note.

Jason Todd series was lukewarm. Are we going to see him more? Yes he will be involved more in the Batman books.

Can we have Swamp Thing back? Noted

New Aqualad in Tiny Titans? Yes (could have been sarcastic)

Ranee Montoya? Will be in Birds of Prey but not immediately.

Oracle walking in issue #8 of Batman Inc. has a Tron like cover.

Batgirl is she going to London will she make that her own city? She’s in Batman Inc. #9 infiltrating an all-girls school that appearances to be something more than.

Could Maxwell Lord be a good guy again? Jokingly there’s a chance.

Look for Captain Marvel in Flashpoint.

Will the identity of who the Black Beetle is be revealed? Maybe which basically means yes.

Will DC make a poll for which character Maxwell Lord shoots in the head next? No