Cabela’s North American Adventures is a hunting game… nothing more I can say about it—it’s a hunting game where you take pretty pictures of pretty animals whilst they loath and squander about the landscape… your rifle ready and willing to put a bullet through its head before it has a clue of what to say about you. This game isn’t great… it isn’t terribly tense; if you did buy this game, you either did it for two reasons… one, achievement whoring (yeah, I know what you did there…) or you really wanted to take pretty pictures of animals. This series doesn’t make anything really fun when it comes to hunting, and while this game was a weird revival, it still has a couple tricks up its sleeve to make it somewhat a bearable experience…

Have you ever wanted to head out to the North American and shoot things? Have you ever wondered what it would be like to have a rifle of your own to shoot things with? Have you ever thought about what it would’ve felt like, have you killed Bambi’s mother? Well, this game may just have what it takes to be what you want it to be. You take a rifle, customize it, and you go out and shoot things with your cameraman (I called him Jimbob). That’s it… you head out and shoot things, and lots of things with lots of different furs, some different liguistical tricks, and bodies of which makes this game tougher as the game goes along.  You shoot deer… you shoot Goat’s (sacrificial?)… You shoot birds and you shoot antelope, and other things—really, this game is a hunters wet dream, if they were actually able to do these things in real life. 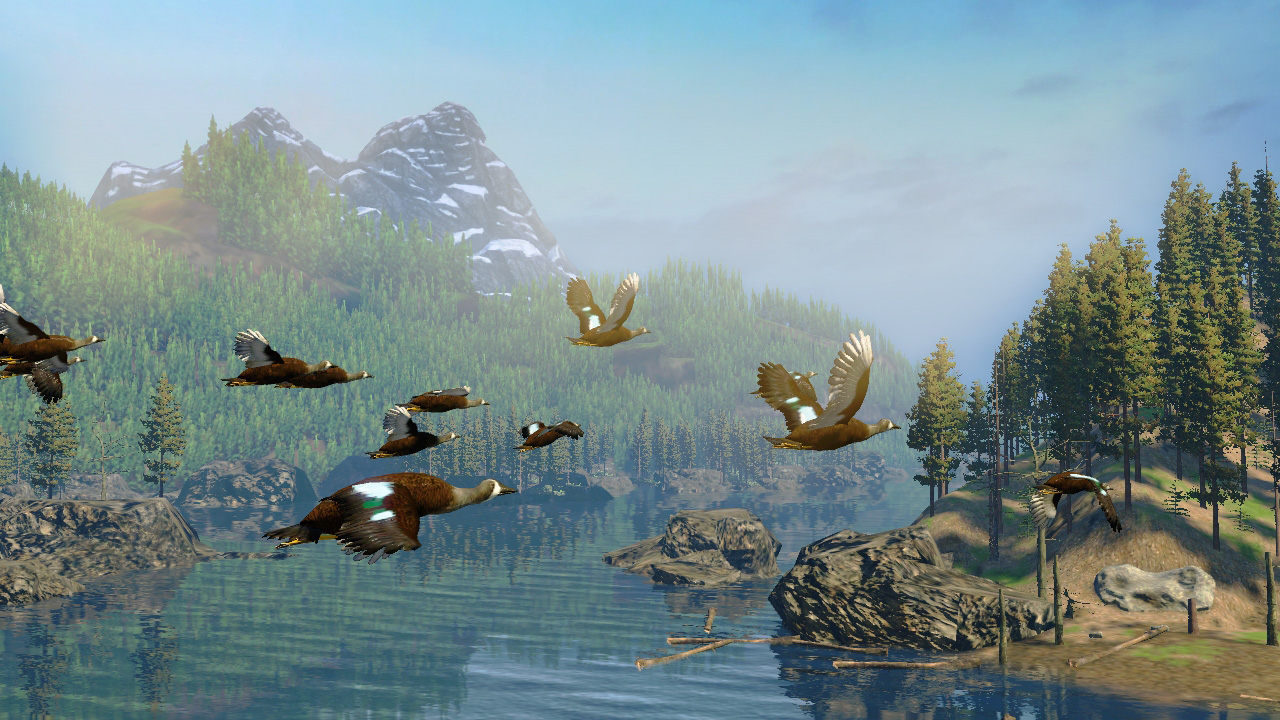 You customize your rifle and you shoot more things with it—but don’t get yourself wet now, because you can shoot with a better scope to really see that blood gushing out like “psssssshhhhhh” in slow-motion. If that weren’t enough and you really wanted to be awesome, you’ll slap on a different barrel and some better ammunition to really go the distance on that shot. If you are afraid of the antelope running away, then you don’t have to alert it by staying a ways away from it—longer barrels means awesome death and montage worthy videos. Bipods add extra balance (but the animals you choose to shoot are dumb as a doornail… but least the waiting gives you some tense standoffs as to if it’ll move or not when you take the shot), so on so forth. In the end though, you’ll do fine with a standard rifle and the need to customize really isn’t needed—its better just to charge them to see how long if it’ll work.

The graphics are pretty… well, liberational pretty (meaning that you need to be open to say it’s pretty because it can be rough in spots). The art design of a meadow never looked so bright… my god, it’s burning my retina’s! The animal look spot-on, animation takes care of much of the rest… though some goat’s and cougars can look a tad bit stiff at some points, but that was a rare occurrence and I was a ways away with a low-grade scope at hand, so I can’t complain too much. The environments look pretty, though forests look a tad bit dated and not that much apart from a drab coniferous tree in the midst of rocky flat lands. The skyboxes don’t have much apart from the sun and the lighting and shadowing themselves looks either too bright with not enough shadow (only happened rocky climates, least for me), or drab and cynical without much in the way of light—shadowing fell into the same categories.

The sound is barren and consists of chirping birds, howls of wolves, swaying of trees and… the, roar of the antelope? Something, I don’t know what their battle cry is. Rifles sound like rifles—a nasty charge to follow every shot and every cock of the handle. There really isn’t much to talk about when it comes to sound… I mean, less you like hearing about how great it is to be outdoors with a rifle in hand and a bunch of animals to surf the country. I mean, it can be downright lonely without music in the midst—least good music. 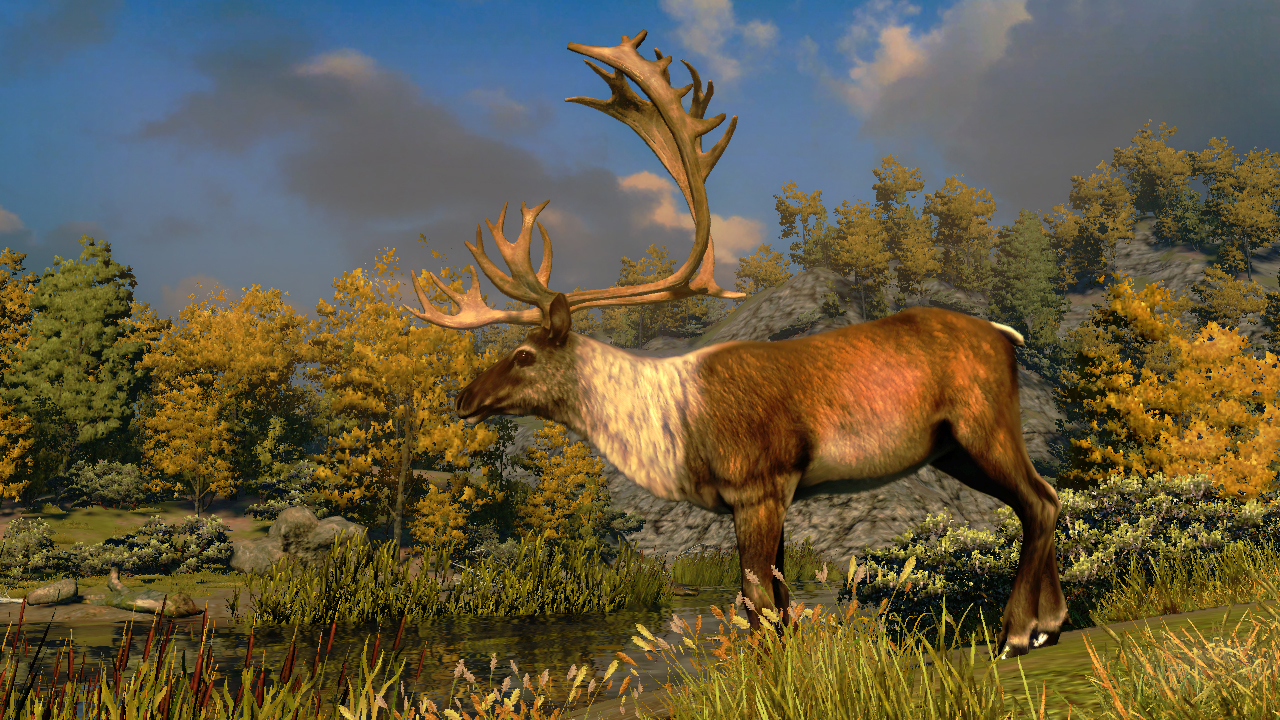 The one idea in this game that really made me happy was the idea of a group hunt… yes, this is a multiplayer mode where you go in packs and hunt down you some animals with them rifles you like. It’s interesting if not barren as there just isn’t that many people to experience this mode with so I ended up forcing my friend to play… and it can be a blast when you try and hunt down one animal in the sea of millions. We ended up sinking in several hours trying to find one goat, but we did have a competition to see who could get the most deer kills—(he made the Bambi joke, not I). But like this mode, it does have flaws and the lag is one of them… we did experience a fair bit of lag and it may have been on either one of our parts, but the server wasn’t up to snuff when we went along with it. And top that off, the same loneliness plagues the mode and the fact that it’s a hunting game really helps make me wonder… why am I playing this? With a friend to suffer with?

In the end, it’s another hunting game with customizable weapons and a multiplayer mode that can be fun if you are willing to sink hours trying to find one thing. This game really isn’t worth the full price as it’s just another hunting game where you’re shooting an animal who stands there eating—enjoying life to the fullest. It’s not much of a challenge and the shooting is fairly straight forward. If you always wanted to kill an animal and take a picture of the dead thing, this game is for you—if you hate hunting games… well, you hate hunting games and this game won’t bring you into the genre.