Cal McDonald’s drug-fueled bravado has entertained fans of horror comics and novels alike. His antics have made for some of the most entertaining blood-soaked noir either medium has ever seen.

This year, he returns to comics in two exciting one-shots, each packed with vampires, werewolves, and every other kind of monster the world of supernatural fiction has to offer.

To start, he will come face to face with another of Dark Horse’s most well-known antiheroes, Eric Powell’s Goon. These bull-headed bruisers will share panels in an all-new story,When Freaks Collide, for a thirty-two-page dose of humor, violence, and fun! When Cal and Goon are hired for two sides of the same job, it becomes apparent that not only is neither of them getting a paycheck, but they also will have to fight their way through a common threat. 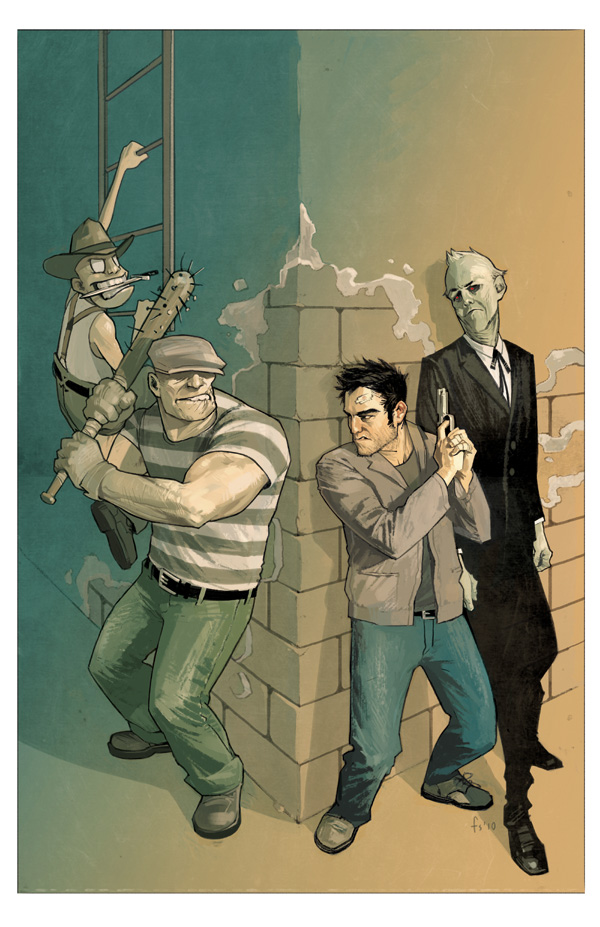 “I get to do a Jack Davis/Frazetta rip-off cover and then sit back and let great creators like Steve Niles and Chris Mitten do a crossover with my characters and the world of Cal McDonald? Yes, please,” said creator of The Goon Eric Powell.

“Eric and I have been buddies for a long time. We met on eBay, if anybody ever doubted what shut-in freaks we are,” Niles says. “Getting the chance to have our grouchy-ass (creator-owned!) characters duke it out and do some monster killin’ was just too good to pass up. I can honestly say this is the most fun I’ve had in a long time.”

Next up, in No Peace for Dead Men, we find our “hero” at the forefront of an all-out war, with an army of the creatures of the night trailing his every step. However, this army of gals and ghouls is not only after Cal, but everyone he cares about as well. Things go from bad to worse when he realizes there is only one way to win this fight… 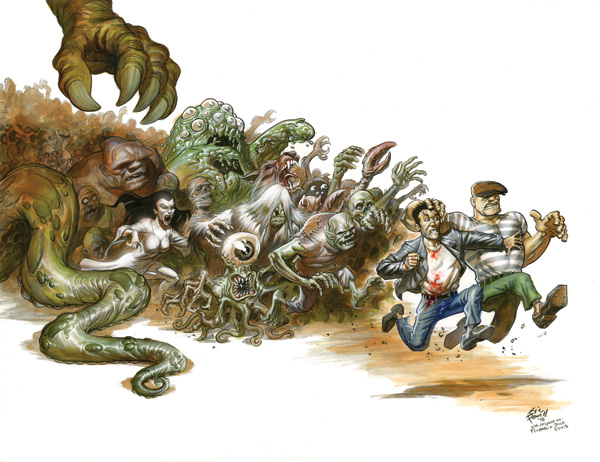 Criminal Macabre/The Goon: When Freaks Collide arrives on sale this July, with No Peace for Dead Mean on sale two months later, in September. Fans also have a chance to pick up new Criminal Macabre in a special standalone story for Free Comic Book Day!