During World War II, an American man decides to put on a superhero costume and goes to Germany to fight Nazis but somehow winds up in the modern world as a man out of time. Sound familiar?  Well, it might surprise many to know that the character Captain Midnight actually predates Captain America by three years. The newly re-launched Captain Midnight #1 is a mixed bag, though. There are some things to like: the issue sets up an entertaining adventure, there's a clear conflict and it establishes a series of characters in short order. However, much of it feels so familiar that it's not as exciting as it should be.

The original Captain Midnight was a very popular radio serial character in the 1930s and 40s (beginning in 1938), leading to versions in comic strips, comic books, movies and television. The basic story this time is that Jim Albright is a genius inventor that the United States does not feel can be risked in military service. Still, Albright is compelled to help the Allies and becomes Captain Midnight. After disappearing in 1944, he recently reappeared in the Bermuda Triangle, flying an old fighter plane. A member of Midnight's original team was Joyce Ryan, who has now convinced her granddaughter, Charlotte, to search for the Midnight in his old headquarters. However, other forces are on the hunt for Midnight, too. 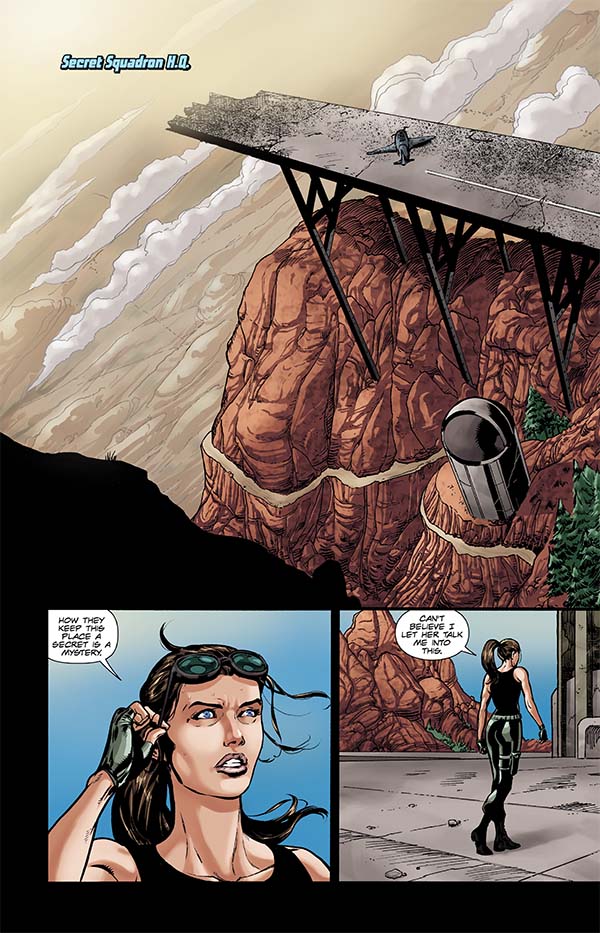 Although this is Captain Midnight #1, it's actually not the first issue. There was an issue #0 that set up the background and Midnight's disappearance and modern reappearance.  It seems odd in one sense to have an issue #1 with a recap page, but that page is totally sufficient to set up what happens in this issue. As it is, there is the groundwork here for a potentially interesting series. The book manages to keep some of the swift fun adventure of the serials from the 30s and 40s while also giving the whole comic a darker tone. A nice touch is that Midnight is not hailed as a hero by the modern government (like a certain other superhero Captain) but rather as a security risk.

As I mentioned, the issue also clearly sets up the present characters and conflicts. There is Charlotte searching for Midnight. There's also her ex-husband, Rick Marshall, and Agent Jones leading a military brigade to apprehend Midnight. On the other side there's Fury Shark (yes, that's the character's actual name), the daughter of Midnight's WWII nemesis and the head of Sharkbyte Tech, a large seemingly legit tech conglomerate. The issue has a fast-paced story, efficient introduction of characters and good mix of action in the issue. 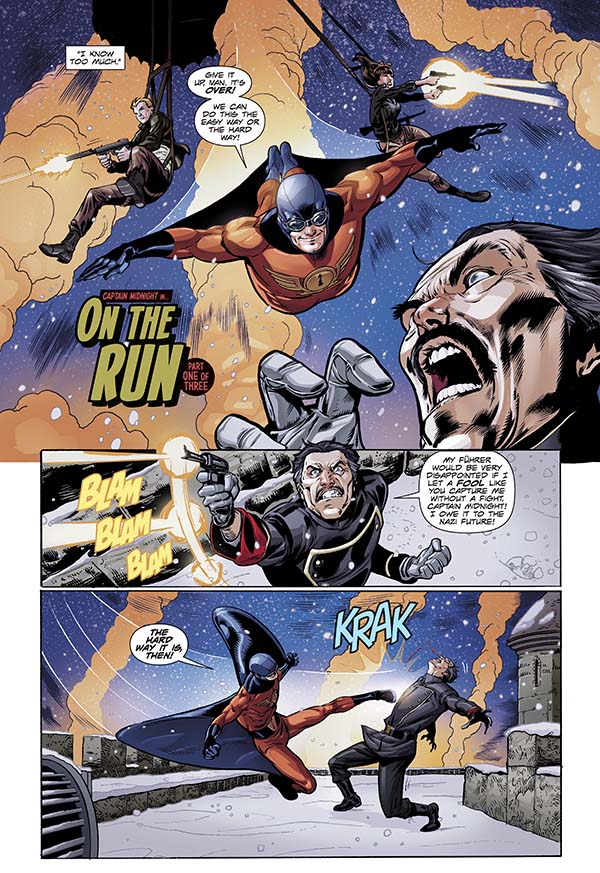 While there is the potential for a fun, superhero spy adventure, there are also a number of ingredients that feel less unoriginal. This series is first time Midnight has appeared in the modern world, which does make him feel more like Captain America. Midnight is a dashing and brilliant hero who seems in control in spite of the fact that he's just jumped seven decades in history. Fury Shark, in full villain mode, orders a subordinate to dispatch with an Army General as if it were no biggie. In trying to maintain some of the tone of the original Captain Midnight, writer Joshua Williamson (Deathstroke) relies on comic book moves that make this feel like an issue that could have been written at any point in the past forty years.

For some readers, a more "classic" comic book story is not going to be a problem. The art by Fernando Dagnino (Suicide Squad) fits this sort of tale. While not retro in any sense, Dagnino has an excellent command of superhero action. The art is bright and well-staged, so the issues illustrated by him will be able to pull off a brisk action sequence with style. There is also an impressive Alex Ross-style cover by Felipe Massafera. 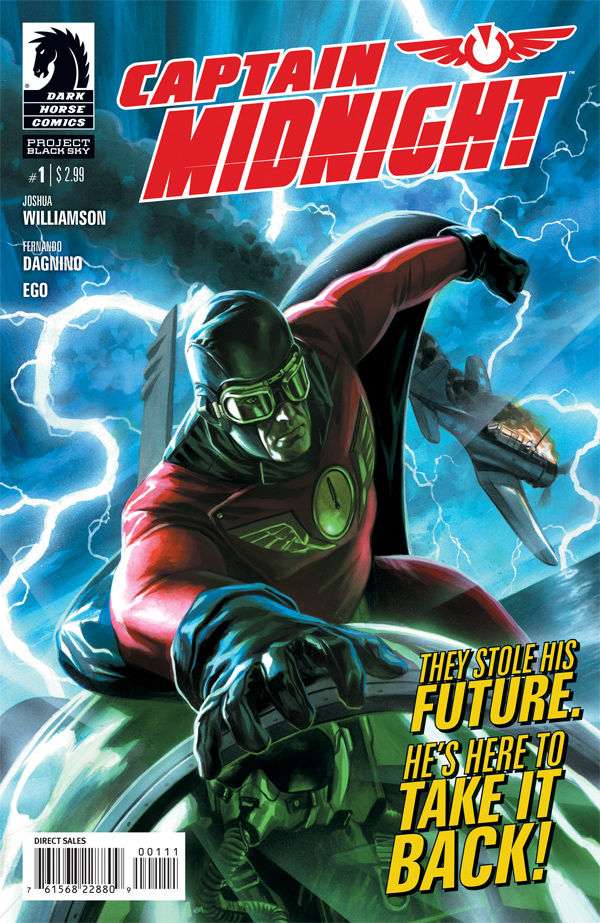 Dark Horse has been promoting Captain Midnight as an important part of their superhero initiative. I suppose that made me expect more from this issue. It's a solid first issue, with room to turn into an escapist, fun series. However, there's nothing here that seems to indicate "important event series" that would birth a segment of a company's titles. Maybe Captain Midnight will develop into a strong title, leading to other superhero titles for Dark Horse. However, that doesn't feel inevitable just yet.