"A new hero in a familiar world"
By: Edward Oliveira | Wii-U Reviews | December 11, 2014
Super Mario 3D World was amazing. Every stage, every control, every little detail was given it’s own chunk of love and it totally shows. Even the smaller things were incredibly polished and played fluidly, like the Captain Toad mini games. This mode, which could have been nothing but a throwaway add-on, was very unique, fun and served as a nice contrast to the fast and jumpy Mario platforming. It was so good that Nintendo decided that it needed to be expanded upon as its own game, and that’s how we got Captain Toad: Treasure Tracker. 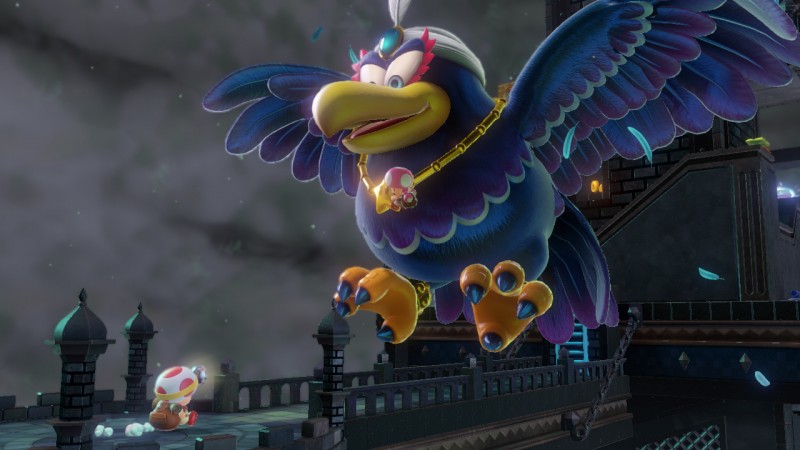 Priced lower than most Nintendo retail games, Captain Toad is a puzzle platformer where you have to play as the scared adventurer in diorama-like stages to collect stars and rescue Toadette, who was taken by a giant bird named Wingo. Though that’s how far the story goes, the gameplay is what makes this game shine.
Since the games are like dioramas, the way you view the game differs than most games. Instead of just going through stages like Mario and such, many of the locales in Captain Toad are in a cubic shape that you have to rotate the camera around to view angles you can’t see normally, much like a Super Smash Bros. trophy. You may see treasures in you sights, but the trick it maneuvering Toad and the camera correctly in order to figure out how to get there, and let me say the ‘aha’ moments after figuring out something are a pretty nice feeling. The only tricky parts that had me redoing it solely due to control issues were the ones that used the GamePad for aiming, since the controller’s positioning would get a bit off. 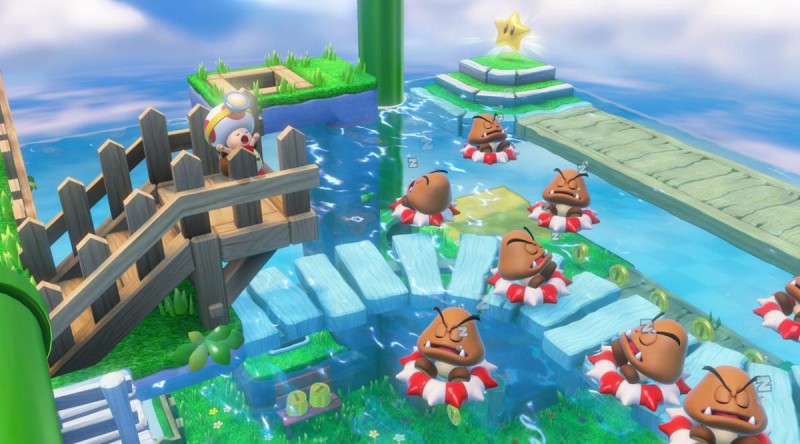 The diverse 70-odd stages have you collect power stars, but throughout the adventure you also can collect three diamonds as well as other goodies like 1-up mushrooms and gold mushrooms. There are hidden objectives as well but you won’t know what they are until you beat it, so many stages might require a second run to get everything done. After you complete Captain Toad’s adventure, you unlock the second episode that unlocks Toadette as the hero in a much harder quest. Like Mario 3D World, the real game starts later.
The game uses Mario 3D World’s engine, water, enemies and other assets, so everything looks great. Actually it looks a little better than I remember last year because Captain Toad zooms in and you can really see the detail that each Shy Guy, Goomba, and even each stone has. Even Toad and Toadette looks amazing with the fabric and stitching in the outfits and it all runs at a good framerate, though it's still 720p just like 3D World. Right from the first second you pop it in, which doesn’t even have a title screen when you start off just oozes with personality. 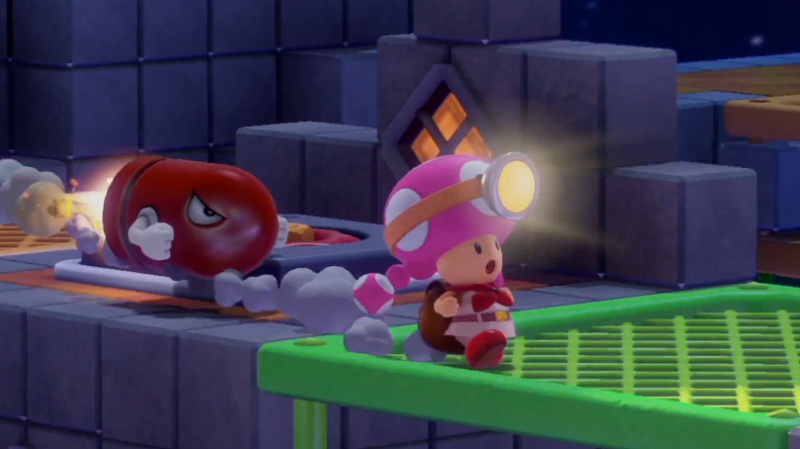 Funny enough, I’ve been feeling attached to Captain Toad and especially Toadette (she’s a fav of mine in Mario Kart) than I ever was with Mario in his games. They are weaker, less powerful heroes and all you want to do is root for them and try your best. It’s funny playing a game in the Mario universe where a Goomba or a Shy Guy is an actual threat instead of stomping fodder; and that’s where you realize you’re still in the same great Mario universe, but as a new hero in a new way.
Rating
8.0
Pros