"Ridiculous, farcical and an interesting perspective on friendship"
By: Russ Matthews | Movie Reviews | September 10, 2017
Superheroes have been part of children’s lives throughout the past century. Some of these superhumans represent all that is good in the world, and their names reflect their abilities and influence on the world: i.e. Superman, Spider-Man, Wonder Woman. Then there are the comic book creations that have been given unique and even bizarre nicknames, but none are quite as comical as Captain Underpants. Created by author Dav Pilkey Captain Underpants has become a phenomenon and sold over 70 million books worldwide. Due to the success of the book series, the eventual acquisition of the rights was granted to Dreamworks which has allowed the whitey-tightened superhero to fly off screens around the world. 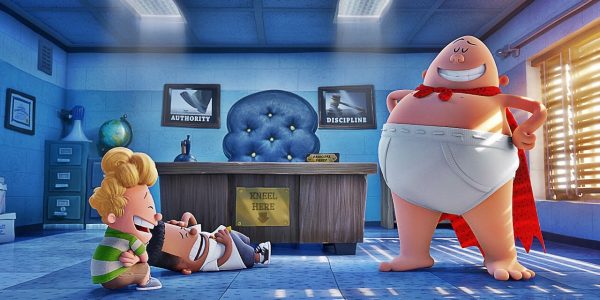 Best friends George Beard (Kevin Hart) and Harold Hutchins (Thomas Middleditch) are in the fourth grade at Jerome Horwitz Elementary School in Piqua, Ohio. They have had a common bond of humor, practical jokes and comic book creation since kindergarten. Throughout their illustrious educational career, they have become the target for the tyrannical principal Mr. Krupp (Ed Helms), who has ruled the school with an iron fist and has tried to implicate George and Harold for all they have done to undermine his authority. One of the key issues Krupp has with these budding artists is their creation in George’s tree-house, the comic book hero known as Captain Underpants. The harsh realities of the school and the colorful world of imagination come together when George unwittingly unleashes the power of a hypnotizing ring that causes Mr. Krupp to take on the persona of their favorite flying marvel. While the boys try to figure out what to do with this new situation, they all must work to thwart the evil plans of the new science teacher, Professor Poopypants (Nick Kroll). 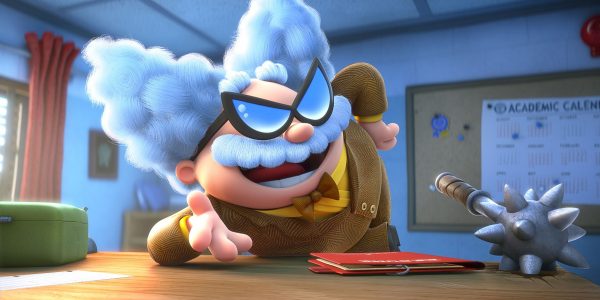 If audiences want to grasp the mindset of nine-year-old boys and why potty humor is at the core of their lives, Captain Underpants: The First Epic Movie provides a unique window into this world. The brilliance of Dav Pilkey's creation is that he taps into the lives of what makes boys tick. It is a ridiculous concept and the superhero element is non-sensical, but that is the reality of this demographic. The story centers on toilet jokes and is unrealistic but it is a reflection of the imaginative atmosphere that permeates these prepubescent males. What this origin story offers for audiences is a refreshing look into friendship and how elementary school students can tend to view the education process. The balance of the creative arts with the building of knowledge is an underlying theme for Pilkey, but the real value can be seen in the comradery of George and Harold. Focusing on the value of the friendships of youth and the importance of providing boys with stimulation that extends beyond screen time. It should be said that they do cause an atmosphere that disrespects authority, but the bigger picture points to their innocent connection as young men. 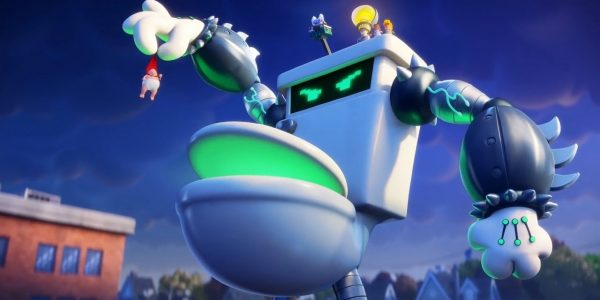 What should parents know about Captain Underpants? The overall experience for parents will be one of complete disbelief and potentially dismissing a film of this ilk because of the ludicrous plot, but the warning should be to hold off judgment. This film is not designed for the limited scope of the adult mind. The real target is a new generation of Looney Tunes style humor with a modern twist. Instead of dismissing Captain Underpants, it can challenge parents to encourage laughter and creativity in the lives of their children, even if they do not believe everything that is happening on screen.
Rating
7.0
Pros