Sam Raimi’s Oz the Great and Powerful accounts for the Oz-related happenings that precede those of the 1939 classic The Wizard of Oz. But it’s not the only prominent story that asks what happened in Oz before a tornado whisked Dorothy there. The Broadway musical Wicked tackles the backstory by exploring the relationship between Glinda (once known as Galinda), the Good Witch of the North, and the Elphaba, the Wicked Witch of the West, as it evolves and then falls apart. Based on Gregory Maguire’s novel, the Tony Award-winning musical expertly examines how society can show hatred toward perceived differences. 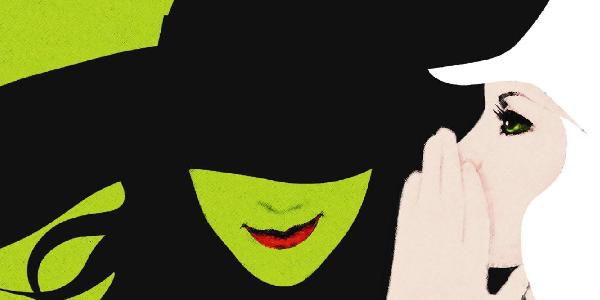 In short, Oz the Great and Powerful and Wicked both present a pre-Dorothy Oz but contrast heavily in the stories they present and through what kind of societal lenses they showcase thse stories. To that end, Universal snagged Stephen Daldry, who helmed Oscar hits like The Hours and The Reader, to tackle its big-screen take on Wicked last year. In anticipation of Wicked, Kieran and Donovan suggest who should be cast in the musical adaptation. 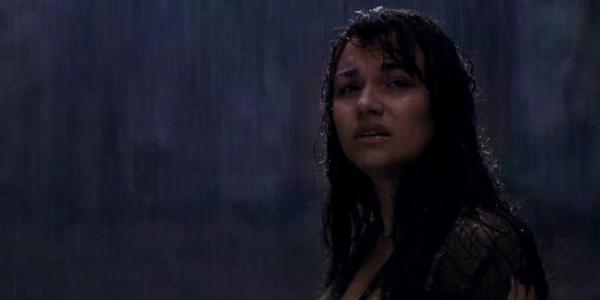 Kieran: Samantha Barks has shown her talent on the stage in UK and finally became prominent after her role as the street urchin Éponine in the film adaptation of Les Miserables, for which she earned universal praise. She is an actress on the rise and earning the lead in a movie like Wicked would make her a star. She is a proven singer, and fans of Wicked would want someone with a powerful voice. She was able to give two different yet equally emotional performances as Éponine in the Les Miserables 25th Anniversary Concert and the Les Miserables movie. But I would concede if Barks did earn the lead role she would need to be surrounded by a big name cast to make the Wicked movie more marketable. It helps that Barks is a fan of the musical. Here she is performing “Defying Gravity” on British TV. 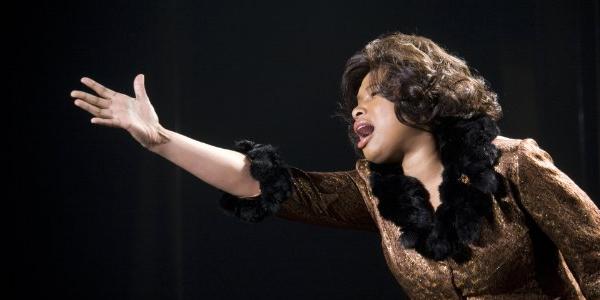 Donovan: A number of actresses could handle the role of Elphaba, but I’m going with Jennifer Hudson as my pick to play the Wicked Witch of the West.

After somehow losing American Idol, Hudson made her screen debut with Bill Condon’s Dreamgirls in 2006. She not only took her overwhelming vocal talents to the silver screen, she also displayed an innate ability to connect her facial expressions, gestures, and entire body to the emotions and lyrics of a song not only as a performer but as an instrument for acting - particularly in show-stopper “And I Am Telling You I’m Not Going.” For her Dreamgirls performance Hudson took the Academy Award for best supporting actress, so she would bring that credibility to Wicked - whether you think she deserved that Oscar or not.

If I haven’t said as much already, Oscar night showcased once again that Hudson boasts a set of pipes even the great Adele and Dame Shirley Bassey might envy. Her take on “Defying Gravity,” the make-it-or-break-it number for anyone who ever wants to play Elphaba, would be a wonder indeed, perhaps even more powerful than “Going.” 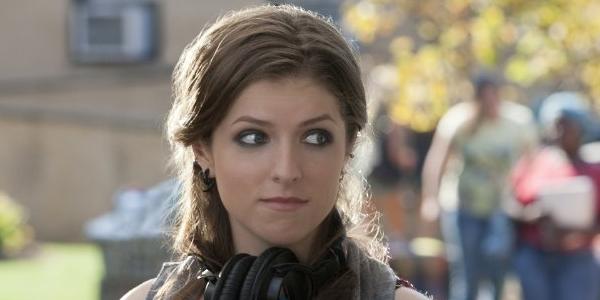 Kieran: Glinda is a character with multiple characteristics and goes through a massive change during the musical. Anna Kendrick has all the qualities needed for the role, outwardly very pretty and at 27 can look like a college student and still play the older version of the character. Kendrick has shown herself to be a very good singer, having performed on Broadway and in movies like Camp and Perfect Pitch. She can play the self-centred, selfish side of the character as well the good and pure aspects. She can do comedy and drama and would be a great fit for the role. 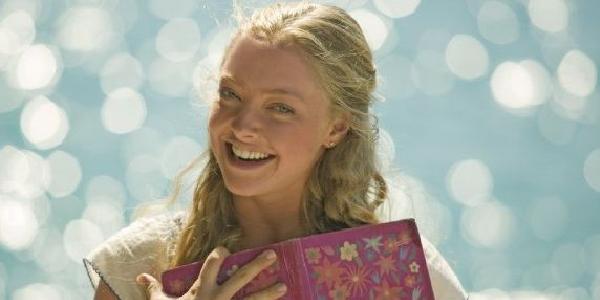 Donovan: The Good Witch of the North, whose emotional growth throughout Wicked sees her dropping the second letter of her name for the simpler Glinda, should be played by none other than Amanda Seyfried.

She deserves a great role in a good musical after having to lead Mamma Mia! Of course, Les Mis gave us a better film, but she still played an only minutely developed character. What better way to prove she’s here to stay than a co-leading role in Wicked? Her vocal range perfectly fits the part, and we already know she can play snobby and “Popular” thanks to Mean Girls. She can also play humble and admired as Les Mis showed us. The role of Galinda requires a deft balance of both, navigating the terrains of being a deeper person than looks and reputation suggest but also being a bit one-dimensional occasionally. My gut says Seyfried is the best choice for Galinda. 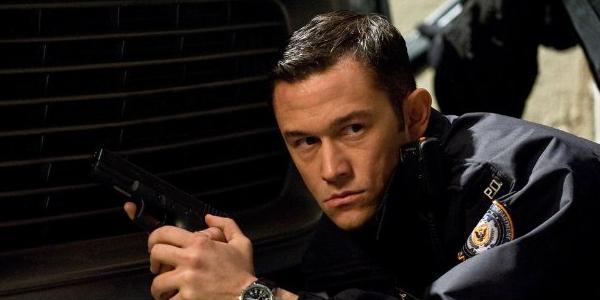 Kieran: Fiyero is a handsome party animal for whom women fall and a rebel who has been kicked out of a number of universities. But underneath this surface is a character with hidden depth and beliefs in Elphaba’s cause. He ends ups in the center of a love triangle with the two main witches. Joseph Gordon-Levitt is one of the biggest stars in the world at the moment and he has all the traits needed for to play Fiyero. Despite being older than Barks and Kendrick it would work because of his backstory and later becoming the head of the Wizard’s Guard. 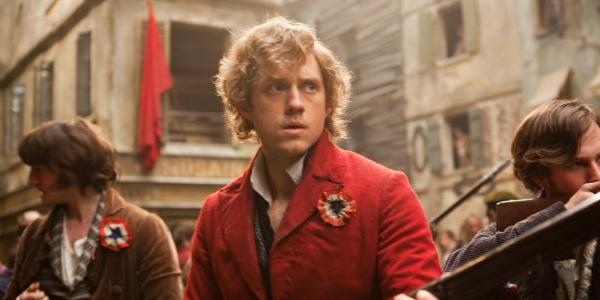 Donovan: Serving as the love interest of both primary witches, the actor playing Fiyero needs to be a heartthrob who can at least seem to vocally match the actress who ends up playing Elphaba.

For whatever reason, I imagine the roles of Fiyero and Boq - at least when it comes to casting - as incredibly similar, though casting for the latter character could more easily employ stunt casting. Aaron Tveit, who worked wonders with his small role in Les Mis, already played this role on stage, and given how he’s balanced theatricality and dominating screen presence in Les Mis, he’s more than capable of bringing Fiyero to the silver screen. 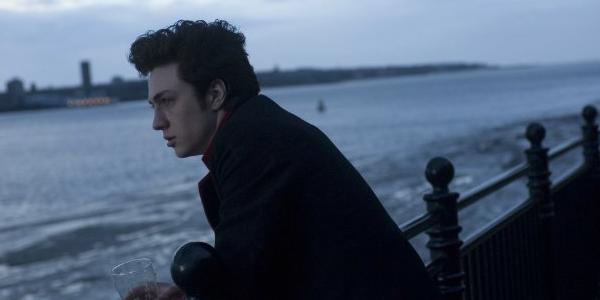 Kieran: Boq the Munchkin is the love interest of Nessarose - the eager, nerdy character really fancies Glinda and ends up getting manipulated into dating Elphaba’s younger sister. A solid young actor who can play the role is Aaron Taylor-Johnson. He’s best known for his roles in Kick-Ass, Nowhere Boy, and Anna Karenina and he has showcased these characteristics and strong vocal chops, playing a young John Lennon in Nowhere Boy. Being in his early twenties he is a good age to play a college student and still portray the character when he is older. 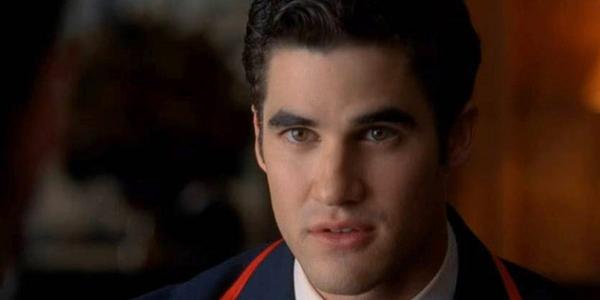 Donovan: The Munchkin who courts Nessarose, expect the actors vying for this role to resemble the crop of actors hoping to play Fiyero. This is a smaller role, so Universal might hunt down a name more famous for hitting the tabloids than any actual career achievements. (Translation: stunt casting!) Regardless of how that likely turns out, an actor like Darren Criss or Jonathan Groff would work. Kieran: The Wizard is a tough role to cast. The actor must be able to play a character who is outwardly gentle and wanting to be a father figure but also harbors a dark and malicious side. The role also requires a strong singer. Jeff Bridges can do a wide range of characteristics and whilst he has shown himself to be a country singer rather than stage singer it would still work well with the mid-Western background of The Wizard. Donovan: It’s less of a musical role than you might expect in, well, a musical, but it’s more of one than the same character had in The Wizard of Oz and, obviously, in Oz the Great and Powerful. That said, it’d be a great role for someone like Robert Downey Jr. Kieran: Doctor Dillamond is a difficult role to cast because of the singing ability required and the make-up or CGI, depending on which route the filmmakers go to portray the man-goat. Andy Serkis is a bit of a clichéd choice because of his experience as Gollum, King Kong and Caesar the Chimpanzee, but he is a really good at it. He also has singing experience, playing punk singer Ian Dury in the British movie Sex & Drugs & Rock & Roll. Donovan: Kieran brings up an excellent point that Wicked might rely heavily on visual effects to present this character. To that end, I wouldn’t complain about Andy Serkis handling this small but crucial role. 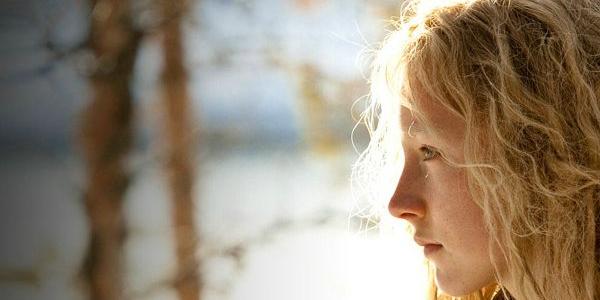 Kieran: Nessarose is Elphaba’s younger sister and the role would need to go to a younger actress. Saoirse Ronan is one of the best actresses of her generation and has a unique pretty look with striking blue eyes. She is very talented, she was even nominated for Oscar when she was 13 for her performance in Joe Wright’s Atonement. She would be bring out the tragedy and pain that Nessarose suffers and the longing to belong in a group and be loved. The role is a singing-lite part but Ronan has sung in the past, namely in the movie I Can Never Be Your Woman. 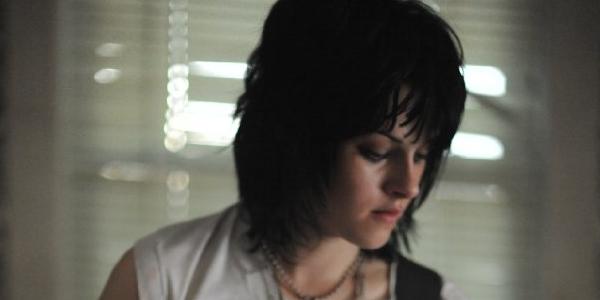 Donovan: For Elphaba’s disabled sister, I’m going with Kristen Stewart. Seriously. I know you either love her or hate her, but she’s got the right kind of voice for this role. Kieran: Helena Bonham Carter is one of my favorites, so I am going to be biased towards her. Madame Morrible would require a larger than life personality and someone who is very theatrical. Carter has shown this in her previous roles in movies and does villainous roles really well. She has flexed her vocal cords in Sweeney Todd: The Demon Barber of Fleet Street and Les Mis and would, for those reasons, make for a strong presence in Wicked. Donovan: Just about any actress of a certain age with decent pipes could tackle this part, but why not Glenn Close? She belted her way to a Tony Award for the stage-musical adaptation of Sunset Blvd., but the silver screen has offered her little opportunities to show off her golden voice. Why not give her that chance (and another Oscar opportunity) with Wicked?