Cate Blanchett and (maybe) Orlando Bloom on board for ‘The Hobbit’

Peter Jackson’s Lord of the Rings trilogy helped launch the careers of several prominent actors. By the time she played Galadriel Cate Blanchett was an Oscar nominee but hadn’t connected much with the movie-going public, and up-and-comer Orlando Bloom was a complete unknown in Hollywood when stepping into the role of Legolas. Well, that all changed when three-part adaptation of the J.R.R. Tolkien-penned novels set the box office on fire: Blanchett now has an even balance of blockbuster and character-driven roles, while Bloom was able to snag some huge paydays for the Pirates of the Caribbean films.

Now it looks like the two actors will be making a return to Middle-earth in Jackson’s telling of The Hobbit; Deadline Hollywood reports that Blanchett is officially on board to reprise the role of Galadriel, while Bloom is apparently close to a deal. 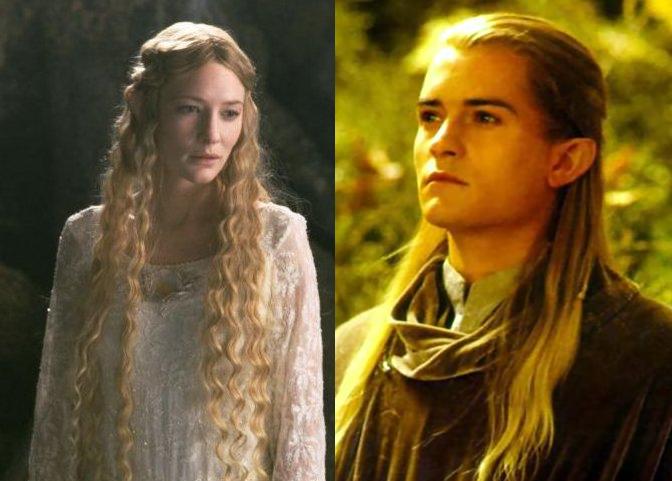 It’s slowly but surely becoming a Lord of the Rings reunion, with Sir Ian McKellen and Andy Serkis being heavily rumored to again play Gandalf and Sméagol. That's fine and dandy, but here’s something that might be a problem: neither Galadriel nor Legolas appear in The Hobbit. The most obvious conclusion at this point would be that the two will be seen in flashbacks and/or visions of the future, but we have been assured that Legolas’s appearance at least will be “more than a cameo.”

I’d like to say that we shouldn’t worry about the quality of the film because Jackson did such a great job with Lord of the Rings, but I have three words to refute such thinking: The Lovely Bones. While not a complete cinematic waste because of its outstanding performances; this film adaptation of the beloved Alice Sebold novel was a heavy-handed mess that failed to connect with the critics that previously gave him glowing accolades and audiences that once ran out in droves to see his latest films. Let’s just hope that Jackson isn't getting ahead of himself, and that he's back to his usual form this time around.