Commander Shepard is the character that the player takes control of in Bioware's Mass Effect, a shooter/ role playing game set in a rich space opera universe where humanity is struggling to find its place in intergalactic politics. The galaxy of Mass Effect is inhabited by various alien races united by a council of elders and policed by Spectres, an agency of special agents who enforce the will of the council.

In Mass Effect you are able to create and customise your individual version of Commander Shepard. Bioware has given you the freedom to customize your character's appearance, set of skills and abilities to your desires in order to make your Shepard unique. Your Shepard's voice actor also changes based on the gender you have chosen, if you choose a Male Shepard you get Mark Meer and if you choose a female Shepard you get Jennifer Hale.  You even get to choose the backstory and psychological profile of your Shepard. You can be a Spacer following in your parents footsteps, a Colonist seeking vengeance after your family was killed by hostile aliens or a Earth-Born orphan who grew up in slums and joined the military at age 18.

In Mass Effect Commander Shepard becomes humanity's first Spectre agent then sets out to stop a rogue Spectre and an ancient race of machines known as the Reapers from wiping out all sentient life in the universe. During this mission Shepard makes a number of allies and enemies, and faces several key decisions. These moral choices are what makes Shepard different from other protagonists. The player gets to make these decisions for Shepard and develops Shepard through these key actions. The player can cause Shepard to become a ruthless soldier who achieves the mission at any cost, or a loyal leader who makes the decision that he believes is right. While these big choices are important, the game is also filled with many smaller decisions that flesh out your Shepard's personality. 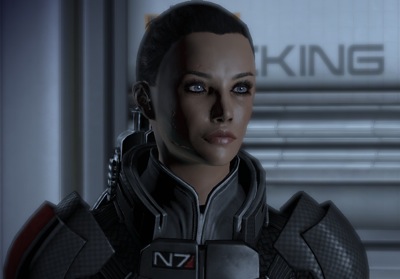 Mass Effect 2 starts with Shepard being killed in an ambush by an enigmatic race of aliens called "The Collectors" and then being brought back to life by a shadowy organisation called Cerberus two years later in order to hunt down those responsible for the abduction of numerous human colonies on the fringe of civilised space. In Mass Effect 2 you also get to further customise and develop your Shepard and Bioware have even gone so far as to allow you to import your saves from Mass Effect 1, allowing your decisions in the first game to have consequences in the second. Mass Effect 2 allowed you to further flesh out your Shepard with life and death choices as he tries to assemble a strike team for a suicide mission in order to put a stop the Collectors. As you assemble your team, you make more allies and enemies across the galaxy, and encounter situations that put additional pressure on your options, and make you really have to think about how your Shepard will develop as a character. The Mass Effect series is also well known for its romance plot-lines and these also become a key part of developing Shepard as a character. Will your Shepard stay true to his partner from the first game or will he betray them? 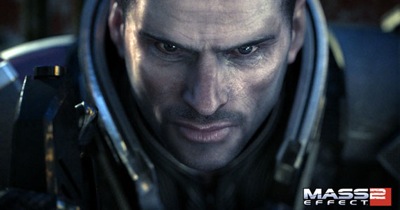 The key to Commander Shepard is the options that players have in creating, customising and developing the character throughout both Mass Effect games and the consequences that these choices can have on the story. The way that each Commander Shepard is unique for each player is what makes Commander Shepherd such a compelling protagonist to play.