We saw the Star Trek Beyond cast with phasers set to stun on the white carpet for the Leicester Square premiere on Tuesday, and now we’ve got a new featurette revealing more about the mysterious bad guy, none other than Idris Elba’s Krall!

Director Justin Lin says of the villain: “I wanted a character that is there to deconstruct the Federation’s ideals, but to do it in a way where he has a very valid philosophy.” So it seems he’ll have a more political than personal vendetta against Starfleet, unlike previous reboot villains Nero and Khan.

Elba delves into the complexity of his character’s psyche: “He is damaged,” he says, “but there’s some empathy towards him. You want to understand why he’s got such beef with the federation.” We can’t wait to find out the backstory behind such a captivating bad guy! 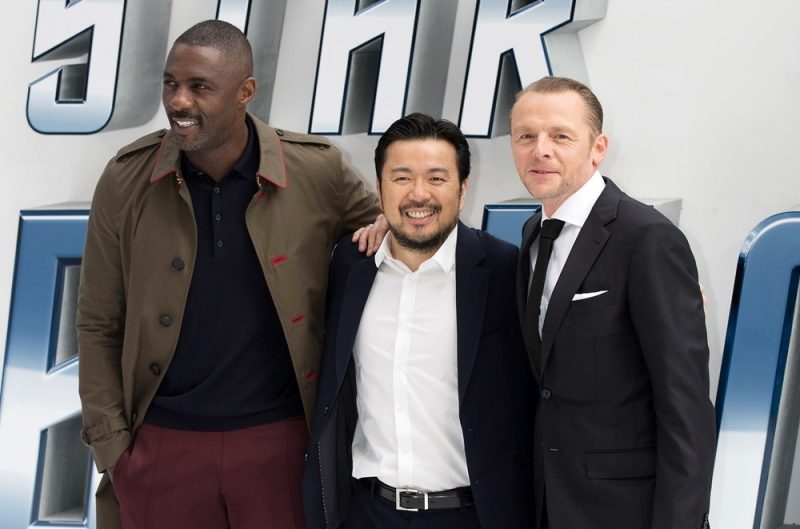 “We wanted him to have a complex reason behind his ‘bad-guy-ness,” says the brilliantly eloquent writer/star Simon Pegg, and we have faith they’ve achieved that!

“Idris brings an incredible amount of nuance to someone who’s seemingly so evil,” says Chris Pine, aka Kirk himself. We’re so excited to see the two of them in a showdown!

“Watching the Enterprise crash and burn, it felt like I was destroying a legacy,” Elba said. “Krall is certainly going to be remembered for that.” He certainly will go down in Trekkie history!