You can't stop the Eisner Award winning series CHEW, written by John Layman and illustrated by Rob Guillory. The first two trades were instant bestsellers, and the individual issues of CHEW are just as hot! CHEW #13 has sold out at the distribution level, just like previous issues in the "Just Deserts" story arc, and Image Comics is taking the issue back to press with a special variant cover!

"I had a feeling #13 was going to go quick," Layman says. "Even when we were putting this together, the cover just jumped out at you, even more so than Rob's other excellent covers. Normally, I'm against slapping variant covers on reprints as exploitative and gratuitous, but we had an idea for a second homage cover that would really compliment the first, plus I think readers would think it was really cool. At least *I* think the idea was really cool, so we decided to do it." 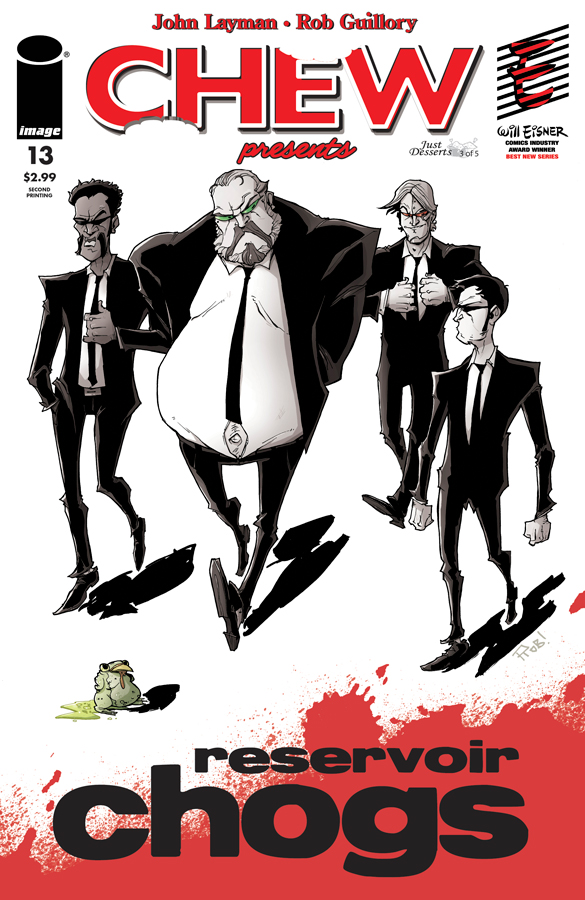 CHEW #13 is part three of the "Just Desserts" story arc -- Unlucky Number Thirteen, in which we see the return of rogue cibopath Mason Savoy, a double agent is revealed, and a narrative dirty trick is played upon an unsuspecting readership!