"An Intense Thriller"
By: Steven Armstrong | Movie Reviews | April 22, 2015
You may not have heard much about this movie. At first glance, Child 44 almost sounds like the name of a top secret government project. Unless of course you know that a book exists of the same name written by the British novelist Tom Rob Smith, in which case you know all you need to about the story going in. The early 1950s in the Soviet Union is a dark time under the rule of Joseph Stalin, who in the early 1930s, used starvation as a chief weapon of mass destruction, which caused the deaths of millions of people. The fallout of that, resulted in many children ending up orphaned, which is a particularly important piece of information. War hero turned chief investigator, MGB agent Leo Demidov (Tom Hardy), uncovers an odd and particularly brutal series of child murders by a mystery serial killer who is presumed to either having been caught or having never existed in the first place. 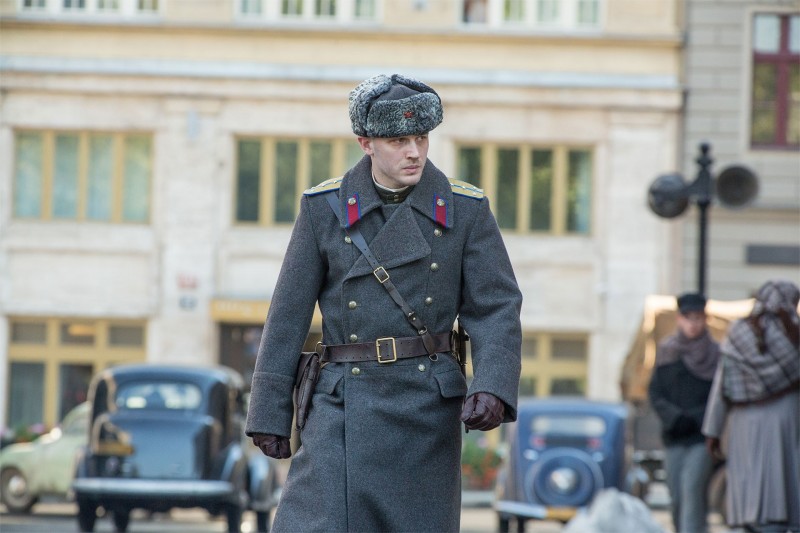 The first thing worth noting about the film is how visually monochromatic it is. There are few cinematic shots of the beautiful countrysides or anything related and you remember them because they are so spread out to begin with. Even the countrysides seem devoid of a certain richness in color and life, which could, depending on how you see it, play into the theme of violence committed against children, resulting in the loss of their lives. Children add color and zest to life. That the story deals with the taking away of that color feels reflective in the look of the film. The few beautiful shots there are only add punctuation to the darkness that essentially permeates this film. The first place we are brought in to is a dark and dank orphanage and this sets the stage for the look of the majority of the film. Tom Hardy rightfully headlines this movie as he turns in another exceptional performance. He displays a healthy dose of menace and a surprising amount of tempered emotion that tugs at the heartstrings. His Russian accent is masterful, one of the subtleties that completes his transformation into his character. He moves like a bomb squad dog, sniffing out every clue until he finds the answers he is looking for. Gary Oldman is also a treat to watch as Leo's new boss General Nesterov. The script does not give him much to do, but wherever he makes an appearance, he certainly delivers. Noomi Rapace walks a very tight rope, being the only female of prominence here. Her character, Leo's wife Rasia, is a mysterious one indeed and Rapace's performance keeps you questioning everything about her. Can she be trusted? What are her motives? You never know; Rapace is surprisingly good at keeping us guessing. 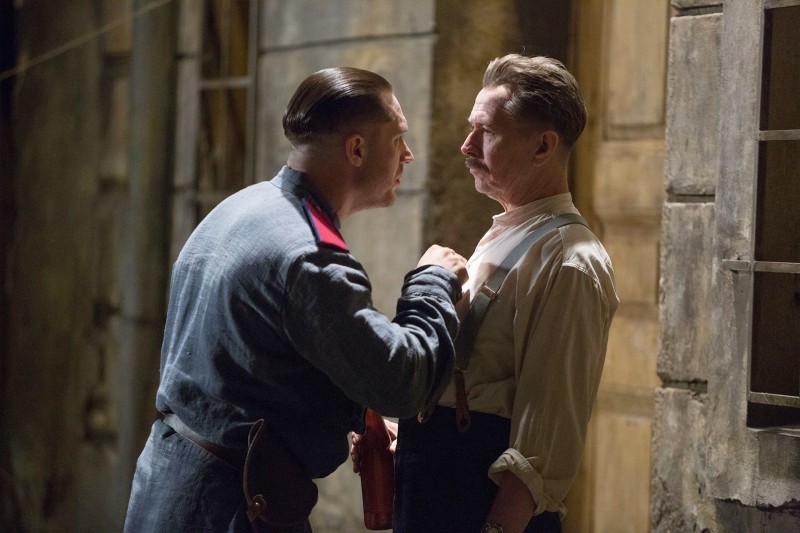 Child 44 is a tough film to watch at times. Some of the images are harrowing, but thankfully we do not see everything and we do not see it for very long. Action fans will be disappointed as there are many quiet, introspective moments. This is an old-fashioned mystery thriller. Like the handful of beautiful visuals, there are a handful of action moments that pop-up, ensuring anyone who might have been falling asleep will wake up to see what happens. The action is not present for the sake of it, which is refreshing. We see action that means something. That said, the action is not always captured in a way that one can understand the geography of who is where in a shot or how exactly certain things happen. There are many 'shaky-cam' moments, which take away from some of the action. Furthermore, some parts felt disjointed. It was hard to know what was happening at times or what occurred after a given scene. It felt as if certain scenes were thrown in that were supposed to give the audience hints about what would follow or what we should be able to infer. However, the result ended up being rather confusing. Perhaps this is an editing issue or a script issue, but those pieces hurt the picture as a whole. 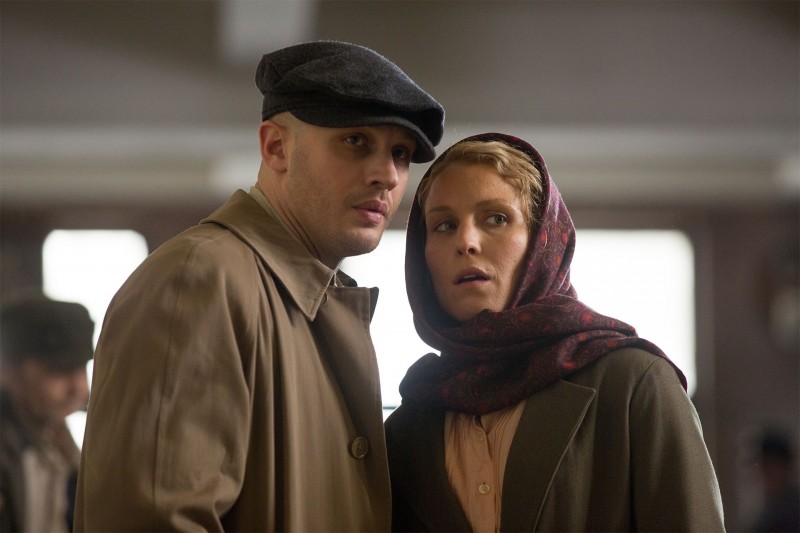 Still, Child 44 boasts a strong cast and a compelling story. There may be better thrillers out there in terms of execution, but in spite of that, this one is worth a look.
Rating
7.0
Pros