By: Steven Chaitman | Movie News | March 27, 2012
She's played a tween-age assassin and a vampire among other unusual child roles, and now Chloe Moretz looks to become a blood-soaked telepath. MGM and Screen Gems have made the 15-year-old actress a formal offer to play the lead in Carrie, a remake of then 1976 film based on the Stephen King's bestseller.

Deadline reports that a group of young actresses read for the part, but director Kimberly Peirce (Boys Don't Cry) and producers had eyes for Moretz. Actress Haley Bennett (Marley & Me, The Haunting of Molly Hartley) was also reportedly a serious candidate. Considering Bennett is nine years Moretz's senior and casting below the character's age is a scarce sight, the move should speak volumes to Moretz's talent. 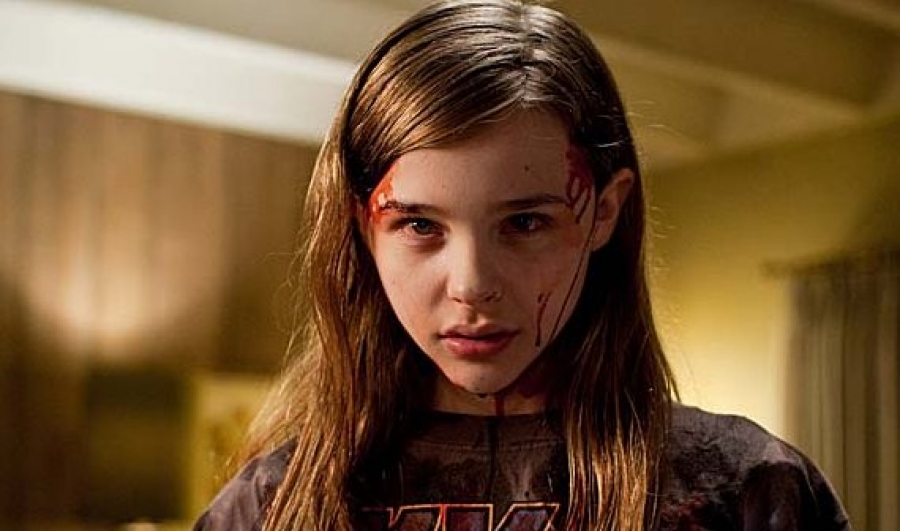 Carrie tells the story of a shy teenage girl coming to grips with strange telepathic abilities whilst living under the harsh rule of her religious mother. Sissy Spacek originated the role with Piper Laurie playing the mother. Both actresses received Oscar nominations for their parts in Brian DePalma's film.

Rumors have attached both Jodie Foster and Julianne Moore to the role of the mother. Insiders told Deadline that casting that part is the next order of business. Shooting on Carrie is expected to happen sometime this year, which makes a 2013 release seem probable.

Moretz can next be seen in Tim Burton's Dark Shadows this summer.