Chris Evans’ new movie Gifted finally has a release date! Captain America’s trading the tights for a more serious film: he plays Frank, a single man raising his 7-year-old niece, Mary (Mckenna Grace), who has advanced mathematical abilities. Frank wants Mary to have a normal school experience, but his mother (Lindsay Duncan) has other plans.

Evans’ real life girlfriend, comedian Jenny Slate, plays Mary’s teacher who “develops a connection” with Frank whilst also looking out for his niece. The couple were seen recently on the red carpet for her latest film, the Secret Life of Pets. 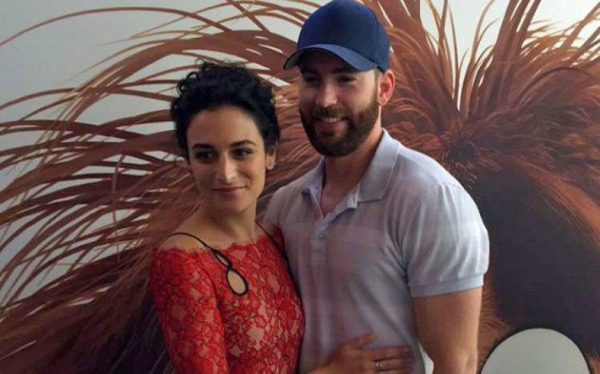 Gifted is directed by Marc Webb, of (500) Days of Summer and The Amazing Spider-Man fame, so with him and Slate in the mix we can certainly expect a level of humor to what looks to be a heartwarming tale.

EW has announced that this Fox Searchlight project will be hitting theaters on April 12 2017. With Avengers: Infinity War Part 1 due out in the spring of 2018, Evans has some time to explore other creative pursuits. Perhaps he will have another go at directing after the success of his first attempt in 2014 with Before You Go. There’s certainly a lot to learn from the likes of Webb!