We're another day closer to the end of 2011, but before we turn our attention our most anticipated games of 2012, let's take another look back our favorite titles from the past year with Chris Mole's ten favorite Xbox games of 2011.

10: Marvel vs. Capcom 3 - What would happen if Deadpool and Ryu got into a fight?  A question that has long bothered the wisest of sages was answered this year with the release of Marvel vs  Capcom 3; Deadpool would stab both his swords through Ryu’s feet and then shoot him in the face.  The latest installment in the MvC series boasted even more over-the-top gameplay and screen-shattering special attacks, and the longevity of the game is evidenced by the inevitable MvC3 tournament that seemed to inflict almost every house party that I attended this year.  And for the record: there is very little that can combat a team comprised of three Hulks.  Try it at home! 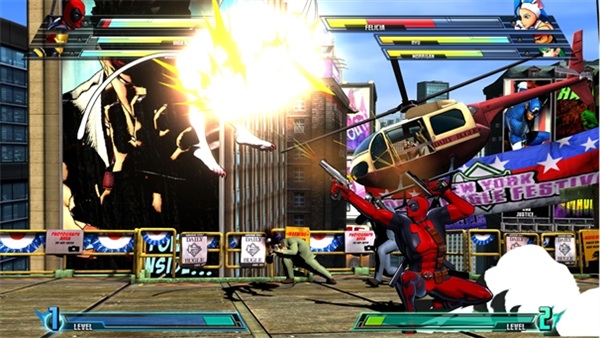 9: Sonic Generations - Sonic 1 on the Megadrive (or the ‘Genesis’, as it was known in the US) was the very first videogame that I properly played, save for some formative experiences with Pong and Doom.  As such, Sonic Generations absolutely blew me away- for the first time since the Megadrive era and the release of Sonic 3, Sonic is a joy to play again.  Blindingly fast and riotously beautifully, the game hurled you through lovingly-recreated levels from the earlier games, always with a knowing nod and wink to the old-school Sonic fans amongst us.  Kaleidoscopic, eye-wateringly fast and one of the highlights of 2011, for giving Sega’s trademark blue hedgehog his mojo back.

8: NHL ’12 - NHL ’12 is the best sports simulator I’ve ever played, hands-down, and not just by virtue of my love for the game of ice hockey.  The latest entry in the multi-award winning NHL series from EA Sports made the fastest and most violent sport on ice even more enjoyable to play, with a new physics engine that allowed for big hits and mesmerizing goals- just like the real NHL!  My record-breaking rookie season with the Edmonton Oilers was cut short only by the release of Arkham City, and 2012 will undoubtedly see my NHL avatar break even more of Gretzky’s records en-route to the Stanley Cup once Skyrim loses some of its tyrannical hold on my spare time.

7: Bulletstorm - I’m not a fan of gritty, realistic first-person shooters- I like my fill of that genre to be delivered with a dash of humor or some kind of science fiction edge, to make the setting more interesting to me.  Bulletstorm ticked both of those boxes, providing a game that reveled in its own grossness while encouraging the player to be incredibly creative in the way that they dispatched enemies.  It was a very refreshing way of keeping the game interesting- I spent my playthrough continually trying out new things, instead of settling into a tried-and-tested formula.  Add to that gameplay twist some truly earth-shaking set pieces and you’ve got an FPS that I would heartily recommend to anybody who’s tired of being a dour military man, shooting faceless terrorists in a near-contemporary world based on our own. 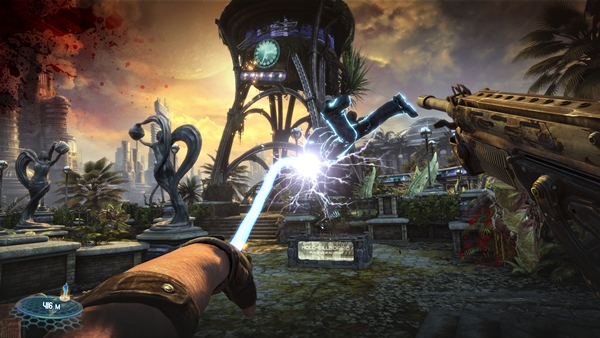 6: Alice: Madness Returns - The original American McGee’s Alice is a game that I remember very fondly from my days as more of a PC gamer, so when I discovered that a sequel was in the works for the 360, I was overjoyed- the twisted world of Alice’s Wonderland could finally be rendered in all its messed-up glory.  I was not disappointed- Madness Returns combined beautiful, visually rich and gloriously disturbing environments and level design with a soundtrack both creepy and innocently wonderful, to provide a gloriously deranged story of Alice’s descent into an even deeper abyss of madness and, eventually, her acceptance of her own insanity in a conclusion that managed to be chilling, mesmerizing and ultimately satisfying, at the same time.

5: Portal 2 - While I was late to the Portal 1 party, picking up the game cheap on Steam some time after it had been released, I was so enamored by Valve’s darkly hilarious science experiment that I couldn’t wait to get my hands on Portal 2.  The sequel ramped up everything that was good about the original game by about 200%- it was funnier, more bittersweet, and boasted more excellent characterization, some stunning voice-work and even more fiendish and well-thought-out puzzles.  The game was also a lot longer, the story taking some very interesting twists and turns that made it a lot more than just a simple “Solve the puzzle, move onto the next room” slog.  Everything about Portal 2 was a joy to behold and a stellar example of how brilliant writing can turn a gameplay concept into one of the best games to be released this year.

4: L.A. Noire - Rockstar Games excel at world-building.  The Grand Theft Auto series and Red Dead Redemption have unerringly proved that.  However, L.A. Noire was a daring experiment for a development studio known for guns, fast cars and glamorous crime.  Much more though-provoking than most of the other entries on this list, L.A. Noire tasked the player with interrogating a string of witnesses and suspects in order to solve homicide cases in a lovingly recreated 1940s Los Angeles.  The facial motion capture made the game even more fantastic when combined with Rockstar’s usual mastery of dialogue and characters- sitting in front of the TV, I found myself trying to judge the motivations and words of a fictional, computer-generated character from their facial movements alone, as I would a real human being.  It was a revolutionary and somewhat scary step in the development of the video games industry.  And of course, the period-accurate soundtrack was utterly perfect.

3: Warhammer 40,000: Space Marine - Space Marine was another game that fulfilled one of my long-time gaming fantasies; the Dawn of War series was excellent, but I have been waiting for many years for an up-close-and-personal game that puts you directly into the size 16 mega-boots of one of the Emperor’s finest.  When such a game arrived, it did not disappoint- the combat was visceral and explosive, the world richly detailed and completely true to the lore of the 40K universe while adding a few new twists of its own.  Most importantly of all, the difficulty was pitched just right- you played a near-invincible, genetically-enhanced super-soldier, but it was possible to be swamped by a horde of Orks if your attention drifted, which again, stays true to the lore of the 40K universe.

2: Batman: Arkham City - Second on the list is another open-world game, but with a more focused approach.  Arkham City was the game that, as a lifelong Batman fanatic, I have been waiting for years to play- it put you under the cowl of the Caped Crusader and set you loose in Gotham City to bring down vigilante justice on Gotham’s criminals.  Arkham City was an absolute joy- perfectly voice-acted and directed, executed with stunning precision, and most importantly, incredibly immersive.  Even when I’d completed every quest in the game and was engaged in nothing more than hunting down every single Riddler trophy, I derived an insane amount of childlike glee from swooping over a group of thugs then diving down into their midst to see them to recoil with fearful cries of “It’s the Bat!”

1: The Elder Scrolls V: Skyrim -  Something (call it intuition) tells me that Skyrim will top a lot of lists of this ilk, both here on Player Affinity and elsewhere on the internet.  The latest installment in the Elder Scrolls series has far surpassed its predecessor Oblivion, addressing practically all of the issues that I had with that game.  The dungeons are more varied, more interesting, and all have stories to tell; the world is vast, diverse and a joy to explore; and you can truly be whatever kind of character you want to be.  At this point, I’m 70 hours into the game and I’ve barely scratched the surface of the main quest. I can see myself easily spending another 70 hours exploring the wilds of Skyrim.