The simulation genre is a bit of an odd one. The genre is most well known for games like The Sims, SimCity, and as well as the more niche titles like RailWorks and Farm Simulator. Cities in Motion (CIM), the newest simulation game, features a transport management simulator. Developed by Colossal Order and published by Paradox Interactive, CIM has you taking control of transport systems of various famous European cities (such as Amsterdam and Berlin) and managing them from the 1920's to the present day, all in the name of profit.

CIM is actually fairly easy thanks to a well-constructed tutorial backed up with some great UI design and a swinging jazz soundtrack. The game may look similar to SimCity, but a key difference is that for the most part, cities come predesigned and you have to design transport systems around them. You design and construct all of the main components of public transport you would expect in a modern city such as: buses, trams, ferries, metro stations and helicopters.  If managing all those transport types sounds daunting and overwhelming that's because it is. Initially the game’s interface is quite smooth and ideal for your needs, but once you get a few hours into it, it becomes ill-suited for the sheer magnitude of management you are required to do. 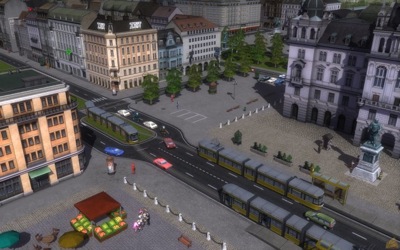 CIM actually performs pretty well in the graphics department. You don't need a particularly strong PC to run it. If you have a great gaming PC, you can ramp the setting up and the game looks quite detailed with the exception of the tree textures. I also have to give it up for the game's synth/jazz soundtrack. While you build tram lines and construct subway systems, you are always kept in a chill and relaxed mood by the game's groovy soundtrack.

If you guessed that having an entire city's worth of transport being processed might put some strain on your CPU, then you would be right. While the game runs well most of the time, once you start to really get into the campaign and are managing dozens of transport lines across each transport type the frame-rate begins to suffer and these lag issues can turn the smooth transport simulator into a slideshow.

CIM is at times a tedious game but don't assume that means it lacks depth. CIM is one extremely deep simulator. Running parallel to your transport systems is the game's dynamic economy system which can impact your profits as well as a system that divides the people in each city into different social classes. This means that in order to run your transport system successfully, you have to create lines that run from the homes of each social class to their workplaces across the city. To put it bluntly, CIM has a hell of a lot of depth to it and this can make the game quite addictive.

You can play through the games campaign of 12 scenarios, as well as a free play mode that lets you manage a city of your choosing for all eternity. The game also comes with a Map Editor feature, which can be awkward at times, but with enough time and effort it could definitely be used to build your own cities if you are in the Free-Play mode.

A full campaign of CIM could last you days of game time. Unfortunately, however, you will most likely get bored playing this long before then, unless you are some sort of transport simulator aficionado and then CIM is your big game of 2011. The achievements add some amount of replayability to the game but once you've played one map you've basically played them all. 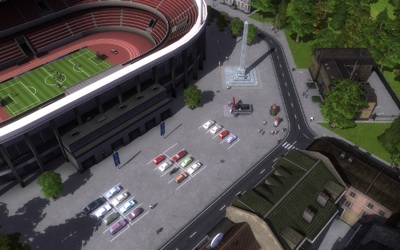 The game's merits lie with its great UI and tutorials that allow even the Call of Duty fanatics to become ministers of public transport in no time. The game looks great and plays great for the most part, but unfortunately it can be a bit slow at times, and on the technical side of things, Cities In Motion leaves a bit to be desired.

While I didn't expect to enjoy Cities in Motion as much as I did, it is a surprisingly decent game. That said, it is still a bit dull for my tastes. Even though the game is well made and designed, it's still a game about managing transport systems, and unless that's your thing, this will get boring for you pretty fast. On the other hand, if you're a fan of any other kind of simulator games like SimCity, then Cities in Motion is definitely a game I would recommend.