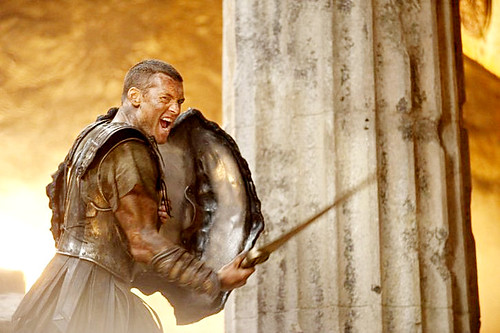 As expected, Clash of the Titans was the big winner at the box office this weekend, taking in an estimated $61.4 million, an Easter weekend record. The gods and monsters flick based on the 1981 cult favorite was the first live-action movie to be released in 3D that was not originally made for in 3D and was instead converted in post-production.

Considering the last 3D live-action film, Alice in Wonderland made nearly twice as much in its opening weekend, $60 M is a modest victory for Warner Bros. They won't mind, however, considering the film's production budget was approximately $125 M, which is pretty reasonable for a blockbuster-capable movie.

Estimates for the rest of the Top 10 films this weekend are as follows, new releases are in bold:


Dreamworks' How to Train Your Dragon, last week's No.1 film, had a strong second outing with nearly $30 million, which was only a loss of about 30 percent and Alice in Wonderland crossed the $300 million mark, bringing to into the Top 30 in the all-time U.S. box office and making it the most successful film ever released in the month of March and the second most successful film ever to be released outside of the peak seasons behind The Passion of the Christ.