The War on Terror has been all the rage for the last two console generations, making Islamic extremists the go-to punching bags for military shooters.  But even before 9/11, video games often put players up against terrorists.  Player Affinity’s writers offer up our favorite classic games that let us fight for freedom against terrorists in all their forms.

The very first Rainbow Six game is anti-terror gaming at its best.  The modern R6 games have more action and better graphics, but the first couple of games in the series required you to be a master of tactics, preparation and leadership.  They had a mandatory planning phase before your mission began, and you’d divide your squad into several teams, then plan out every step they took.  You could only directly control one member of the team at a time, and the majority of the mission was determined by your careful planning and some AI.  If you led your team with cunning and precision, you’d be able to avert an eco-terrorist plot to bomb the Olympics.  If you tried to run-and-gun your way through a stadium full of virus-bombs rigged to simultaneously explode... well, you'd personally doom the entire human race. 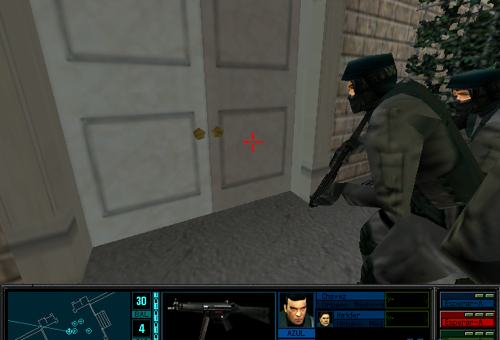 Final Fantasy VI might not be at the forefront of your mind when you think "anti-terror game", but the game's main antagonist - Kefka - is rather like a terrorist, especially in the methods he employs to try and gain power. When the game starts, he is shown using a Slave Crown device on one of the protagonists (Terra) which robs her of conscious thought, effectively brainwashing her; later on during a crucial scene, he is shown to have poisoned the water supply of Doma Castle - which amounts to a city in the world of Final Fantasy VI - killing men, women, and children. In short, Kefka is a villain that you love to hate, and the game consists of bringing together a team able enough to take him down.

Going to the arcades and spending endless rounds of quarters is one of my earliest video game memories. I played a lot of light-gun shooters and every one had the same plot: “Hunt down a terrorist organization while pointing your plastic gun at the screen”. My Favorite arcade shooter growing up was Time Crisis, a game that made the player duck for cover by stepping on a metal plate built into the cabinet. The level design was great and boss battles kept me coming back after I beat the game. It was one of the coolest arcade experiences when it first came out. Today sadly, the series is know on the verge of mediocrity with its fans suffering from sequel hiatus.

If you're looking at taking down some virtual terrorists then you'd be a fool to overlook the Rainbow Six games, particularly the fifth game in the series, Rainbow Six: Vegas. Vegas sets you up as an elite anti-terrorist task force sent to take down a group of international terrorists holding Las Vegas hostage. While the game did unfortunately lack any pre-mission planning, it still focused on Rainbow Six's classic squad based gameplay and it was one of the first FPS games that shifted your perspective into third person when you wanted to fire from behind cover. 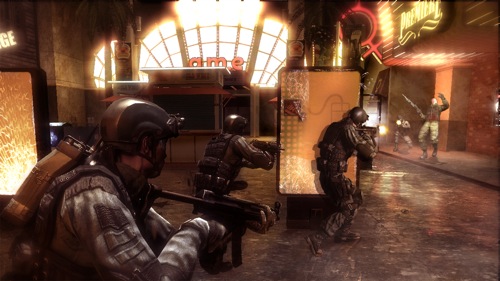 While not a game that immediately comes to mind when one thinks of anti-terrorism, there are a few reasons why Cloud and company are absolutely fighting a war on terror.  First of all, ShinRa Inc. may be a worldwide megacorporation, but that doesn’t absolve them from committing terrorist acts.  In fact, with their resources, it makes them all the more terrible in an Orwellian sort of way.  To get at the supposed terrorist group AVALANCHE, they destroy an entire sector of their city, civilians and all, and then spin it as an attack by the very organization they were trying to eliminate.  Once the president of the company's son, Rufus, takes over for his father, he makes a sinister speech claiming that while his father ruled the world with money, he was going to do so with fear.  Oh yeah, and that guy Sephiroth destroys entire villages of innocent people on a whim, and summons a giant meteor to destroy the planet.  Are ShinRa and Sephiroth classic diabolical villains?  Yes.  Are they terrorists?  Absolutely.

As Sam Fisher in Splinter Cell: Pandora Tomorrow, you must assassinate a rogue CIA agent, Norman Soth, who plans to detonate a smallpox-armed bomb within the Los Angeles International Airport. The last level of the game has you searching the airport for Soth, avoiding innocents as well as disguised terrorists. You are constantly being reminded of the urgency of the situation as you make your way through the airport. Soth himself is a U.S. citizen, which establishes a sort of paranoia, as anybody can be a terrorist, regardless of nationality. The airport setting as a terrorist hotspot in the game appears to be a commentary on the shifting views of airports, and the ever-increasing airport security following 9/11. 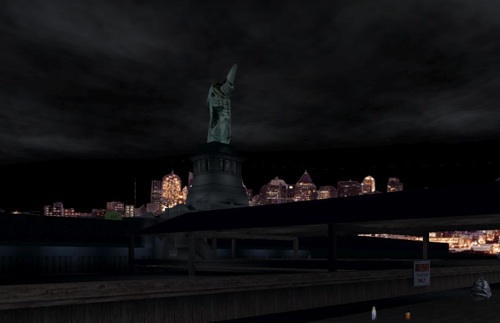 In case you don't know about this game after all the Human Revolution fervor, Deus Ex is an open-ended FPS RPG, with multiple routes to complete every mission. Considered a classic by many, it follows the plight of JC Denton, a nano-augmented operative. So why is Deus Ex a classic anti-terrorism game? Well, it's mainly due to the organization of UNATCO.  UNATCO's very purpose is to defeat terrorism, and while JC Denton works for UNATCO, he spends all of his time foiling the plots of the NSF, an alleged group of terrorists. It also has some direct ties with 9/11, with a terrorist attack on The Statue of Liberty. What's even more odd than a game where a New York Monument is destroyed by terrorists, is the fact that Deus Ex came out a year before 9/11, making the entire first level (set on Liberty Island, where a defiled Statue of Liberty stands) feel oddly prophetic.

Did we miss your favorite old-school installment in the war on terror?  If so, tell us in the comments below.