By: | Comic News | June 5, 2011
Wow! This is great news for Boom!  I was very suprised to see that there is strong fanbase for HellRaiser.

Fans should keep in mind, while Diamond Comic Distributor and Haven Distributors are completely sold out, first printings of Clive Barker's HELLRAISER #2 may still be found at the local comic shop nearest you. Not sure where to find your nearest comic retailer? Just use www.comicshoplocator.com. 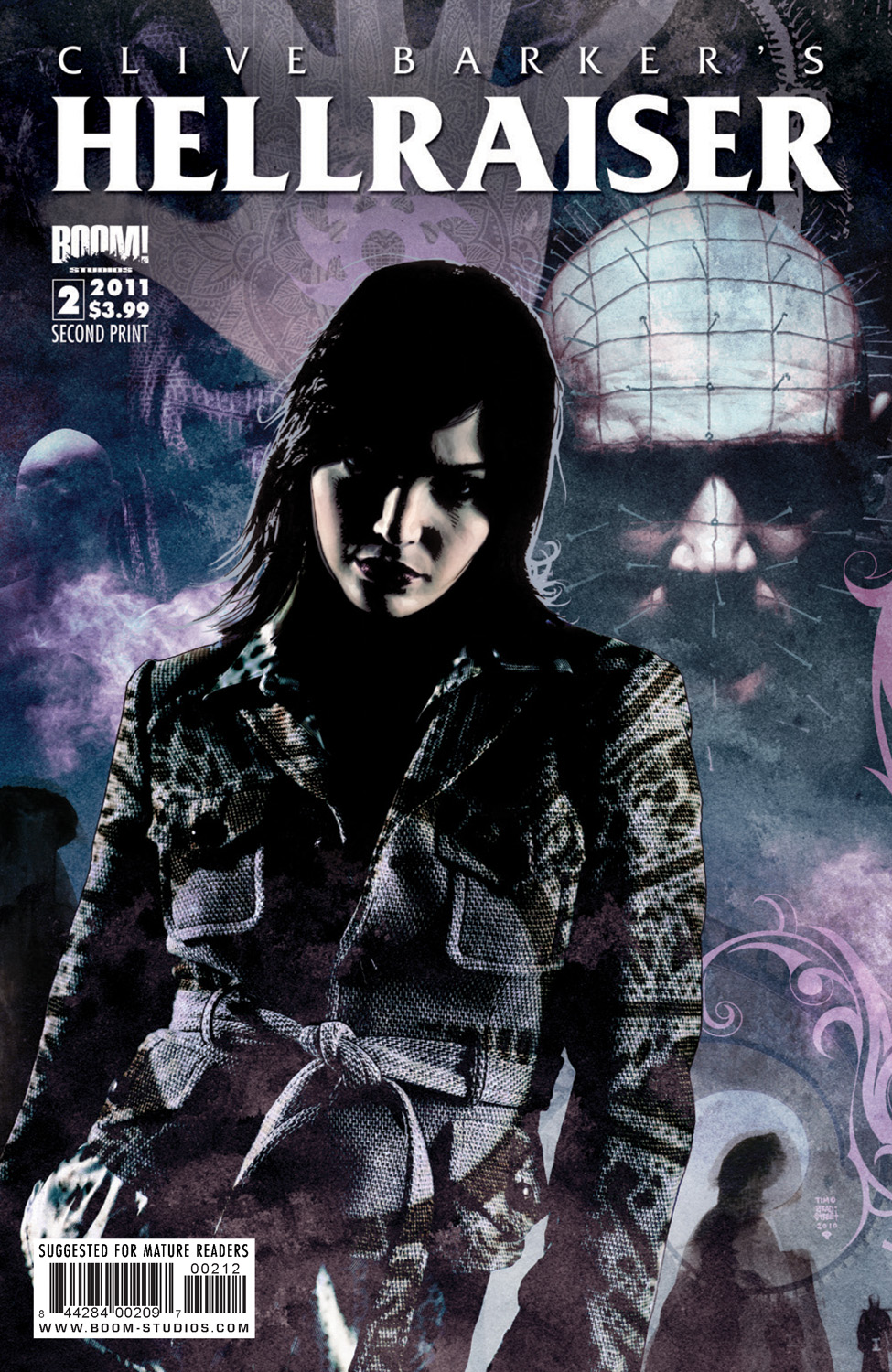 This new comic book series marks only the third time Clive Barker has touched the world of HELLRAISER: first in the original novella THE HELLBOUND HEART, second in the original seminal horror classic HELLRAISER film. This most recent sell out follows on the footsteps of the dramatic HELLRAISER #1 sell out aided in part by BOOM! Studios' historic PRELUDE TO HELLRAISER #1 PDF online promotion (check #HellraiserPrelude on Twitter or Google to download a copy where available).

"Another win for Clive Barker and the HELLRAISER team!" says BOOM! Studios Editor-in-Chief Matt Gagnon. "It's always a great feeling when the comic you put so much blood and tears into (not literally) pays off in a big way like a complete sell out! Keeps us on our toes and makes us strive even harder to bring fans the absolute best HELLRAISER comic possible!"

"With two back-to-back sell out issues fans are showing that they can't get enough of the HELLRAISER ongoing comic series!" says BOOM! Studios Marketing Director Chip Mosher. "We're grateful for the tremendous fan and retailer support that made the HELLRAISER #2 sell out possible. But we're not done yet, expect even more fantastic HELLRAISER stories to come!

Here's what the other sites are saying, but we know you really want to see what we said and you can read the full review here!

Since its debut, Clive Barker's HELLRAISER series has garnered critical acclaim by reviewers across a wide spectrum:
"Readers, whether they are long-time followers or new fans just starting, will be anxiously waiting for the next issue!" – Fangoria

"...creepy and gruesome ... definitely my kind of horror comic. I'll be back for more." – Comic Book Resources

"Barker delivers a product that will please fans of his long-running horror franchise..." – Broken Frontier

"A Tour De Force For The Twisted" – Major Spoilers

"Manco's artwork mixed with the storytelling of Barker and Monfette has me geared up and ready for more."
– Comic Monsters