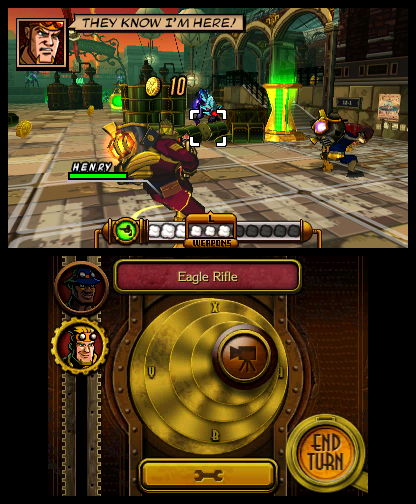 S.T.E.A.M. stands for Strike Team Eliminating the Alien Menance, and is a strategy RPG that takes place in a nineteenth century steampunk London. You control a U.S. special ops force created by Abraham Lincoln to defend Earth from an alien invasion. The game builds its framework from ideas by H.P. Lovecraft and comic book aesthetics from the likes of Jack Kirby.
Since it is steampunk, you use steam as a sort of energy meter for movement and attacking, which will use third person shooter gameplay not unlike the cult classic PS3 RPG Valkyria Chronicles. The game does have multiplayer modes, but it’s currently unsure if it’s online or not.
Codename S.T.E.A.M. is due out in 2015, and I bet we’ll see more of it in future Nintendo Directs.