"It's steaming all right"
By: Edward Oliveira | Wii-U Reviews | March 18, 2015
Codename: S.T.E.A.M. is a pretty ambitious title. Regarded as a crazy new IP from Nintendo's Intelligent Systems, this game could be regarded as a bizarro-Nintendo game thanks to its ridiculous Western-focused premise and high Western-focused production values. 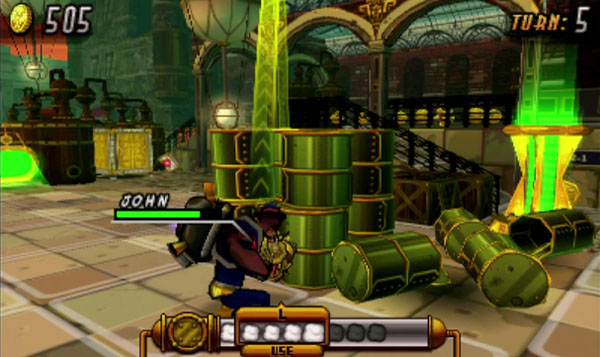 So the story behind Codename: S.T.E.A.M. goes like this: In a steampunk, 19th century London, Abraham Lincoln rounds up a crew of folk heroes to fight aliens. These heroes range from the Red Badge of Courage’s Henry Fleming, Peter Pan’s Tiger Lily, Tom Sawyer, the lion from Wizard of Oz, to star of the steel driver’s ballad John Henry. It’s super weird but in execution it was done pretty well but I think Nintendo assumed we know all these tales because the characters have very litle personality backing them up.
The story is presented in a comic book style, but every time I see that artstyle in action on a game, it’s usually meant to offset a lack of production as if it’s a shortcut. While I don’t think Codename: S.T.E.A.M. meant to use it to slash work needed to convey a visual message since the graphics are pretty clean and they use panel effects nicely, it just looks very plain. Though it is meant to look like a comic, it is fully voiced with legit know actors like Wil Wheaton (Star Trek), Michael Dorn (Star Trek) and Adam Baldwin (Firefly), and they all sound really authentic - something that is usually lost when TV actors get involved with a game. 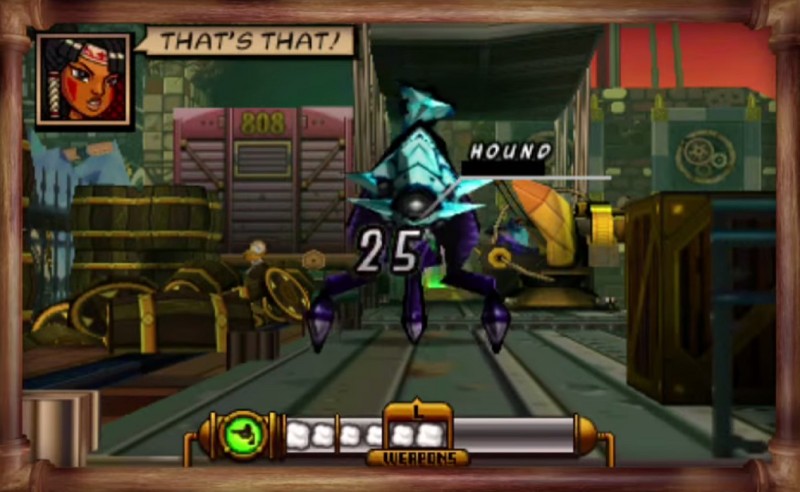 The game plays a lot like the PS3 and PC hit Valkyria Chronicles where players control allies like a strategy game but they attack like a third person shooter. Allies have their own steam meter that goes down with each grid space they move to and attack they use, so any turn players can decide if they want to move more, attack more or both. Aiming and shooting works fine since you can take your time, and any non-shooting attacks, like Lion’s pounce, work as if you expect, though expect to frustratingly replay stages if you equip your loadouts wrong. Though the game did decide to forgo an overhead view to enact a realistic fog of war since you can only see what your characters see, it makes some of the cramped hallways throughout the game tough to navigate. There were moments where I got lost because I didn’t know where the goal was or where the last enemy was hiding.
So everything mostly goes smoothly when it’s your turn, everything goes downhill when it’s the enemy’s. For some dumb reason, you have to wait in real time when the enemies are making their moves so their turns take a crazy long time. It wasn’t bad at first, but when you’re fifteen or twenty hours in, it is an incredibly long drag of useless time (pressing Select makes it go a smidge faster, but it’s still incredibly slow… and a reach for the button to be useful). It’s so much of a drag, I wouldn’t be shocked if people dropped the game for that one fatal flaw.
I’ll admit that I had no interest in the game until they announced that Fire Emblem characters were playable if you had their amiibo figures and a New 3DS, and so I played the game with my Ike amiibo throughout the game, and sadly they are vastly underpowered. They lack the ability to be respawned in battle, so losing them is practically a handicap, and they also lack the ability to mix up with subweapons, and Ike lacks Overwatch, which allows for auto attacks when enemies are nearby. Sadly I think Robin and Lucina would have been more useful, but they are a while away from release and by then I’ll have no interest of picking this one up again.

The one thing that was shockingly missing from Fire Emblem Awakening was multiplayer, and luckily Intelligent Systems didn’t make the same mistake twice. There’s no real difference in gameplay with going team vs. team with another player except that there’s a 1-minute time limit, which is a bit too small of a window to carefully calculate a complete move. It makes it more of a rush and doing a few rounds resulting in either player feeling forced to do moves for the sake of doing it versus feeling like you performed a strategic skirmish. The other modes, Metal Match, where it’s more about collecting loot from enemies instead of the traditional deathmatch, and ABE Battle, where it’s two Abe Lincoln robots beating each other up in real time, are kind of forgettable.
Unfortunately, it’s hard to recommend Codename: S.T.E.A.M. if only for the enemy moves. It’s such an incredibly waste of time to deal with that it makes the other shortcomings bigger because it could increase those turns or make those turns longer. I called it a bizzaro-Nintendo game because of its Western ideas, but it also took obvious missteps in gameplay while hyping it up with its production. A very non-Nintendo move indeed.
Rating
5.0
Pros