By: Justin Moody | Comic Features | August 9, 2010
The Thunderbolts are a group of Villains attempting to reform their evil ways. What makes them interesting is that sometimes they resort to their villainous nature to get the task at hand finished. The team has had several rosters over the years of the comic book giving it an ample stable to pick through. The base of the team is that most of these villains no longer want to be villains. They're tired of being on the losing side. While others on the team are using it to benefit themselves by playing the hero only to distract the world from their evil plots.

It could be an action/adventure game with a mix of squad-based tactics. Think of it as a mixture of inFamous and Mass Effect. You're the team leader and your goal is to reform your team and clean up the city after it's been devastated. As you progress you'll reach moments when your squad will be given an evil moment. If you stop them you'll engage in a battle with them. If successful you'll reform them a little more, if you fail another team member will step in and help out but they'll inch closer to the dark side. That way you decide whether they're good or bad each step of the way. And if you choose good you have to do something more than just choose for the action to have meaning. 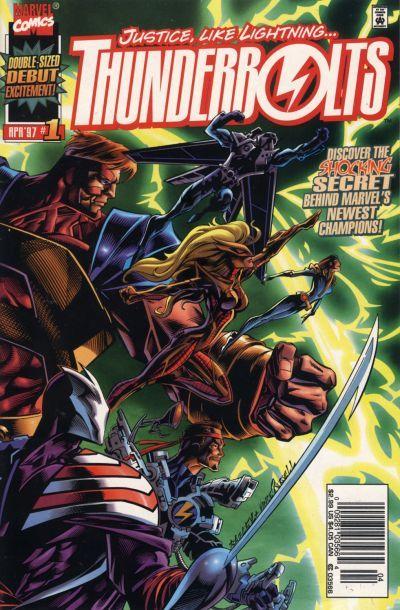 The story would be easy enough; just do what Marvel does in the comic books and use the excuse that every other team on the planet is busy that way the Thunderbolts have no choice but to help out. To make it really interesting, allow the player to be able to create their team from all of the Thunderbolts rosters. This would add to a variety of game play and storylines to give it that extra replay value. Depending on the team's powers you would have to solve missions differently with your roster.

The Thunderbolts game would succeed giving the right direction and creative team. Even if it used relatively unknown characters it wouldn't matter to the gaming audience if they were presented in an interesting manner. If comics are going to expand into other markets they need to start using the tools they've already created and apply them to other fields; that's why this comic should be adapted.