Part INDIANA JONES/DA VINCI CODE, part GHOST tentpole about the fictional superhero that appears in D.C. Comic books. He used archaic weaponry and large, artificial wings attached to a harness made of the Nth metal that allows flight. Most incarnations of Hawkman work closely with a partner/romantic interest named Hawkgirl or Hawkwoman in his fight against supervillains. Based on the DC comic.

But the real question is, what back story are you going to get? DC and their "Crisis crazy ways" have given Cater a few different ones; back story with ancient Egypt and some with Thanagar origins. My guess is that Warner Bros. don't give a shit about either and you’re going to take whatever they give you!! Now go see the Green Lantern movie over a hundred times in the theater and pay full price! Your DC Overlords have spoken. 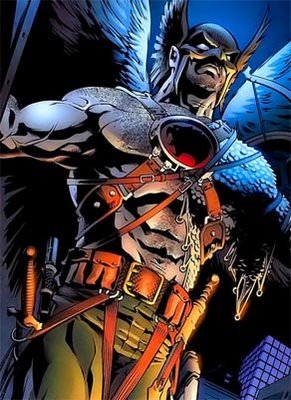