Comic Books, Originality, and the Poisons of Profit

Why don’t comic books and graphic novels make it into your run-of-the-mill English class?   If, by chance, some did, they’d likely be the usual suspects: Persepolis, Maus, Road to Perdition, a few Peanuts strips, some Calvin and Hobbes, and Watchmen, to name a few.  However, these sorts of stories are rare in the medium, the exception rather than the rule, as only one of them is about superheroes and comes from either Marvel or DC Comics.  If you are in one of those forward thinking classrooms with a comic book in hand, odds are, it isn’t Spiderman #1.  Why is it that the most successful and prosperous publishers aren’t the ones putting out highbrow material? 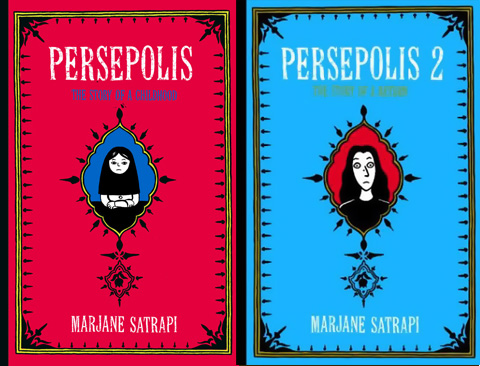 In the comic book medium, for the most part, originality isn’t a priority.  For almost a century, Marvel and DC have been pumping out superhero comics.  Along the way, they established quite the cast of loveable characters.  Decades go by, writers come and go, but the characters remain the same.  Sometimes, an issue or a particular run will stand out, but the expectation is that it will end and begin again.  At some point in their character histories, Captain America has been killed, as have both Batman and Superman.  Even so, everybody knew they’d be back; they always are.

Now, before I continue, I feel the need to point a few things out.  I love superheroes, and grew up with a pretty severe Batman addiction.  I am fully aware that these beloved characters are part of a rich tradition, and I have no desire to see them disappear or be discontinued.  It’s pretty obvious that the demand for them is high and that Marvel and DC are just giving the people what they want, as they most certainly should.  At the same time, I can’t help but ask, where’s the originality?

Isn’t it strange that the prominent characters so greatly outnumber the prominent authors?  Batman sooner evokes DC Comics before it does Bob Kane, Bill Finger, Jeph Loeb, or Grant Morrison.  Why is Stan Lee the face of Marvel?  How can one of the world’s single biggest publishers have only one name behind its creative success?  Is there something they’re not telling us? 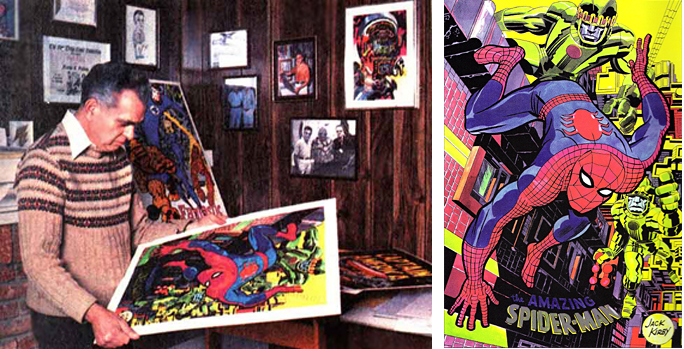 The late great Jack Kirby is a titan in the comic book industry.  His influence is undeniable, his contribution substantial.  Marvel Comics would be a mere fraction of what it now is without him.  His techniques transcended the medium.  Museums containing his work have been opened in his name.  And yet, my praise doesn’t do his legacy justice.  He is that significant.  He is the greatest creator and illustrator to ever work in the business.  As is the case with many great artists, he wasn’t fully appreciated.

In the 1960s, almost every major Marvel character came into existence.  Jack Kirby’s signature illustrations were Marvel’s signature look, and he co-created the heroes we still know and love.  In 1970, Kirby jumped ship and swam for DC.  Eventually, he went back to Marvel, but when he first left, it was with a grudge.  According to him, among numerous other reasons, he wasn’t being properly paid or credited for his contributions.  Nope, it was all about Stan Lee and the Marvel image.  Kirby just wasn’t the company man that they wanted him to be. 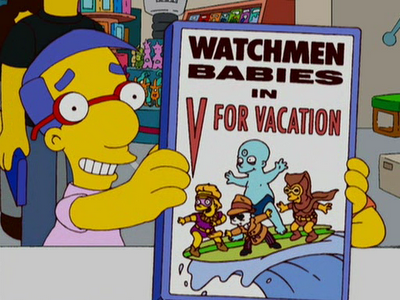 Nor is Alan Moore, writer of the critically acclaimed, Watchmen, which was published serially by DC Comics in the 1980s.  Since, it has made countless lists of great English language novels, occasionally standing alone as the only graphic novel in the ranks.  Certainly, it’s one of the best.  Being a bit of a curmudgeonly writer, Moore despises the idea of a story of his being adapted to film.  Unfortunately for him, four of his works have made it to the silver screen, but try as you might, you won’t find Moore’s name on any of the projects.  And despite being the creator, he was powerless in his attempts to stop them.

As a result, Moore has retreated into independent publishing, very likely for good.  After the Watchmen film came out in 2009 (the fourth of the four adaptations), Wired did an interview with Moore in which he alleged that DC offered him complete ownership of Watchmen if he agreed to write a prequel and sequel, which he had originally planned to do after its inception.  Unfortunately for every comic book fan ever, DC realized Moore’s value too late and he declined their offer.  After all, Watchmen was already a movie. 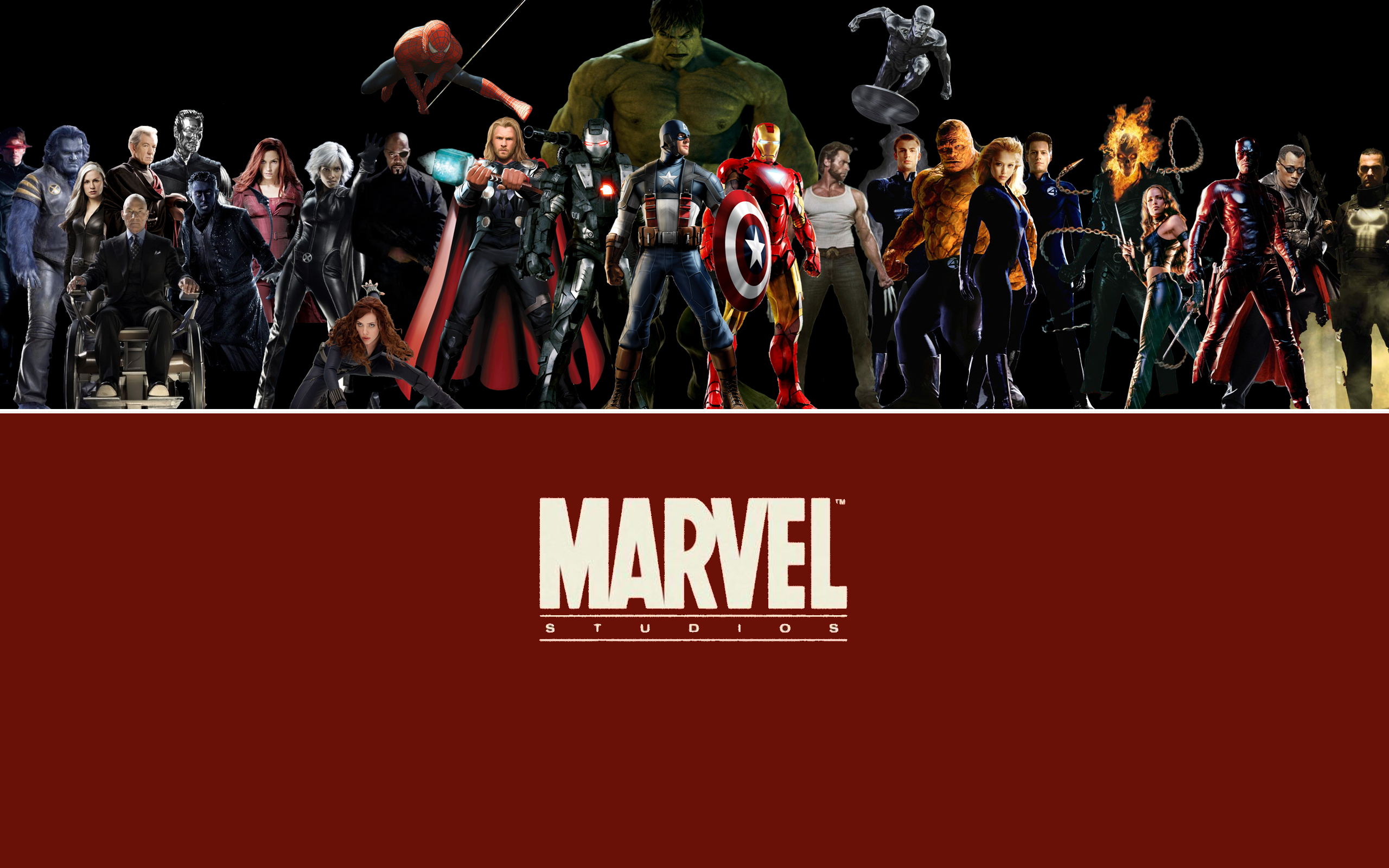 Through corporate exploitation, Marvel and DC effectively chased off two of the best in the business.  When they have something genuinely good, they don’t stop until every available cent is squeezed out of it.  It isn’t hard to see why that might bother some writers and artists.  Watchmen is perhaps the best example of this.  After enough toys, cartoons, t-shirts, movies, spin-offs—you name it—to make your head spin, Moore wants nothing to do with what has got to be his greatest and most influential work.

And it doesn’t always have to cause controversy.  Take, for example, Neil Gaiman’s Marvel 1602, one of the greatest graphic novels that I, personally, have ever read.  The storytelling is nothing short of masterful (as is Andy Kubert’s artwork) and it has turned the heads of comic fans and scholars alike.  Not only that, but Gaiman has a résumé that more than speaks for itself.  For these reasons, I’m unsure as to why they’d release two sequels that Gaiman had nothing to do with, and which don’t hold a candle to the original.  If nothing else, they succeeded in dwarfing a great literary accomplishment with mediocrity. 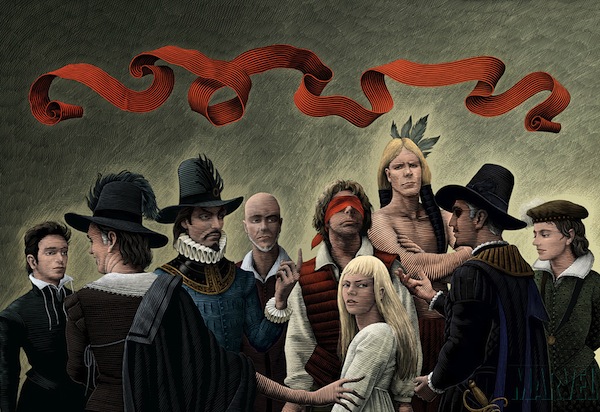 What I’m getting at here is that Marvel and DC have created a system that seems to clash with creative talent, and it’s affecting the originality of their output.  Marvel has actually started its own film production studio, while DC has been a part of Warner Brothers for decades now.  No publisher of novels has been so transparent in its agenda, and I believe it’s intimidating enough to scare off the Alan Moores and Jack Kirbys of tomorrow—at the very least, scare them into independent publishing.  You can’t make stories in an assembly line; you can’t imitate the sort of magic that a writer like Gaiman creates.

In terms of originality, DC and Marvel have set a tone, and the smaller publishers are following suit.  IDW, Bluewater, Dark Horse, Dynamite, and Image are all publishers that have been buying up as many familiar titles as you can think of, from Peanuts to Robocop; if it was once popular, then odds are it will be recycled in the comics.  The superhero formula has been good to the two big publishers, but I think it’s time we demanded more.  As readers, much of the power is in our hands. 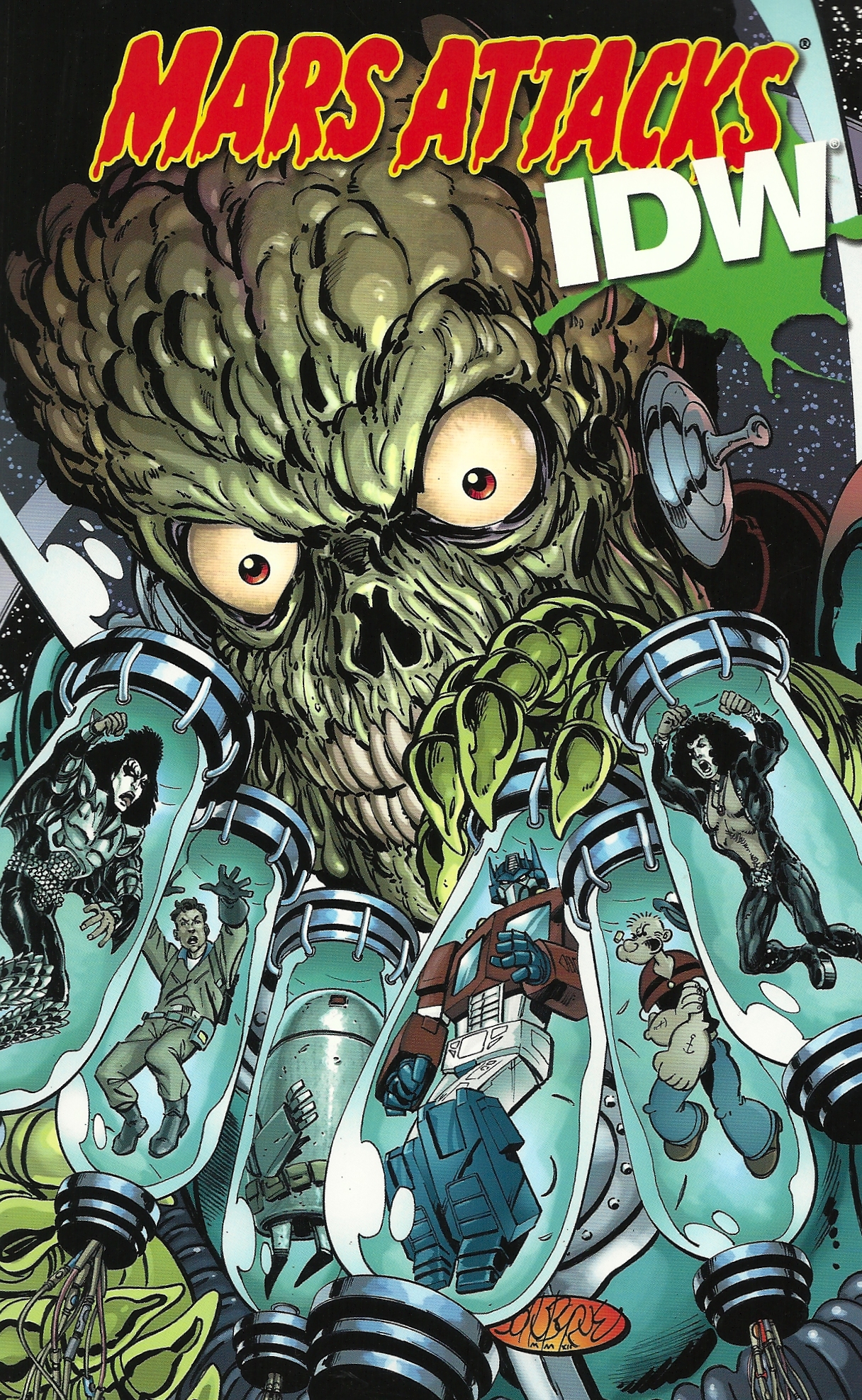 While, sure, Alan Moore can be a bit of a stick in the mud about his stories, it’s not without good reason.  He wholeheartedly believes in the power of the medium.  Comic books aren’t just movies that don’t move.  In a 2008 interview with Entertainment Weekly, Moore stated, “there are things that we did with Watchmen that could only work in a comic, and were indeed designed to show things off that other media can’t.”  I think it’s high time publishers started to listen more to their writers, and less to their wallets.