By: | Movie News | July 22, 2011
It didn't exactly have the buzz of its 20th Century Fox counterparts Prometheus and Rise of the Planet of the Apes, but Andrew Niccol's sci-fi thriller In Time left Hall H Thursday evening squarely on the film community's radar.

Niccol joined Fox panel moderator Damon Lindelof, as well as his film's stars, Justin Timberlake and Amanda Seyfried, to discuss the film, a mystery for most in attendance. The film, formerly titled Im.Mortal and Now before getting its recent moniker, takes place in a world where humans stop aging around 25, so in order to extend their lives, they must "earn or steal time."

Everyone in this world has clocks imprinted in their arms that countdown how much time they have left. Timberlake plays a man accused of giving time away, an apparent crime. Although innocent, he's pursued by a character played by Cillian Murphy (Batman Begins), and with the help of Amanda Seyfried's character, he seeks to clear his name and stay alive. 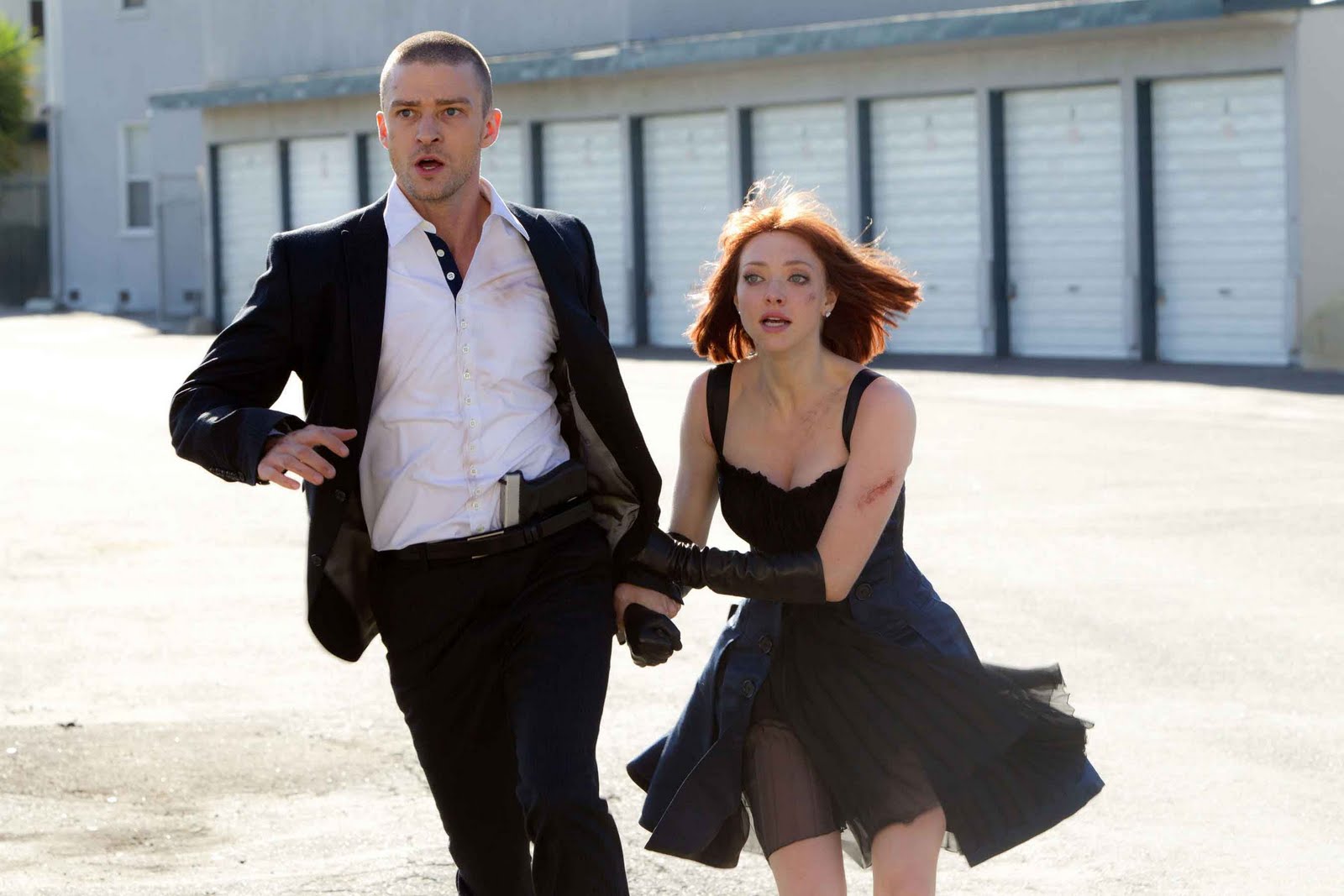 Niccol described his film to be "like a child of Gattaca" (his 1997 sci-fi thriller starring Ethan Hawke), saying it's about an ordinary guy just trying to stay alive. Reaction to the footage was generally positive, though perhaps a bit muted considering the raucous response to the Prometheus footage that preceded it.

Seyfried admitted to having a hard time doing so much running in high heels, though she said she loved all the guns she and Timberlake got to use. Timberlake, meanwhile, praised his co-star Cillian Murphy, who was not on hand at the panel.

In Time is scheduled for release on Oct. 28. Thanks to FirstShowing.net for live-blogging the panel.