Community to Return on March 15th

By: | TV News | February 24, 2012
Greendale fans rejoice! After NBC inexplicably bumped off Community from its mid-season schedule a few months ago, creator Dan Harmon informed the desperate public that the show will be returning to Thursday nights on March 15th. According to a tweet from Dan Harmon -

"What you call 8:00, we call home. Community returns to Thursday nights on March 15th."

It wasn't long after the news became public that NBC updated its own Community page to make it official. NBC's current Thursday night comedy line-up consists of 30 Rock, Parks & Recreation, The Office and Up All Night. Community's return to Thursday nights means that the line-up will again undergo a few changes with 30 Rock moving from 8:00 to 8:30 and Parks & Recreation being benched for five weeks until Up All Night finishes its 24 episode season. 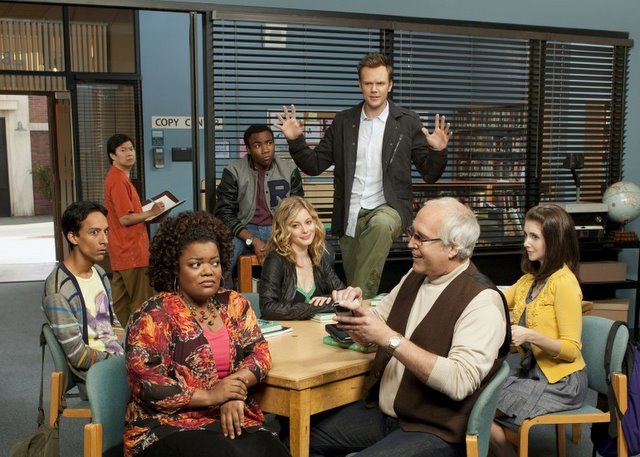