By: | PC Features | February 22, 2011
Back in 2010, a Swedish independent developer named Frictional Games released a survival horror game by the name of Amnesia: The Dark Descent. It featured no combat, and rather, asked you to survive against unknown horrors in an eighteenth century castle by hiding, running, and general problem solving. It was a huge success for an independent title, selling over 200,000 copies on digital distribution sites, and winning several Game of the Year awards, including some over here at Player Affinity. To some, this is the first title from Frictional Games they've seen, those who have followed Frictional before Amnesia, know of their earlier series, Penumbra. Unsurprisingly, the Penumbra games are very similar to Amnesia, from the need for low gamma settings to the stealth gameplay. This is why it's interesting to see just how similar these games are.

Storytelling
Both Penumbra and Amnesia have similar mechanisms for storytelling, to be sure, but the stories definitely vary from there. In Penumbra, Phillip is trying to learn about his father, after receiving a letter from him post mortem. So, he ventures into an abandoned underground facility in northern Greenland, and finds more than he bargained for. In Amnesia, Daniel has amnesia, and is apparently stuck in a Prussian castle. He finds a letter from himself telling him to kill the baron of the castle, Alexander. Unfortunately, there's also a dark presence chasing Daniel, and monsters he has to avoid. While both games feature the supernatural, Penumbra opts to have far more natural enemies, such as dogs and spiders, while Amnesia has you running from monsters. In both games, all of the story elements are revealed in diary entries, internal dialogues, and events. The difference here being that in Amnesia, there is more voicework but less internal dialogue, and in Penumbra there are fewer flashbacks. 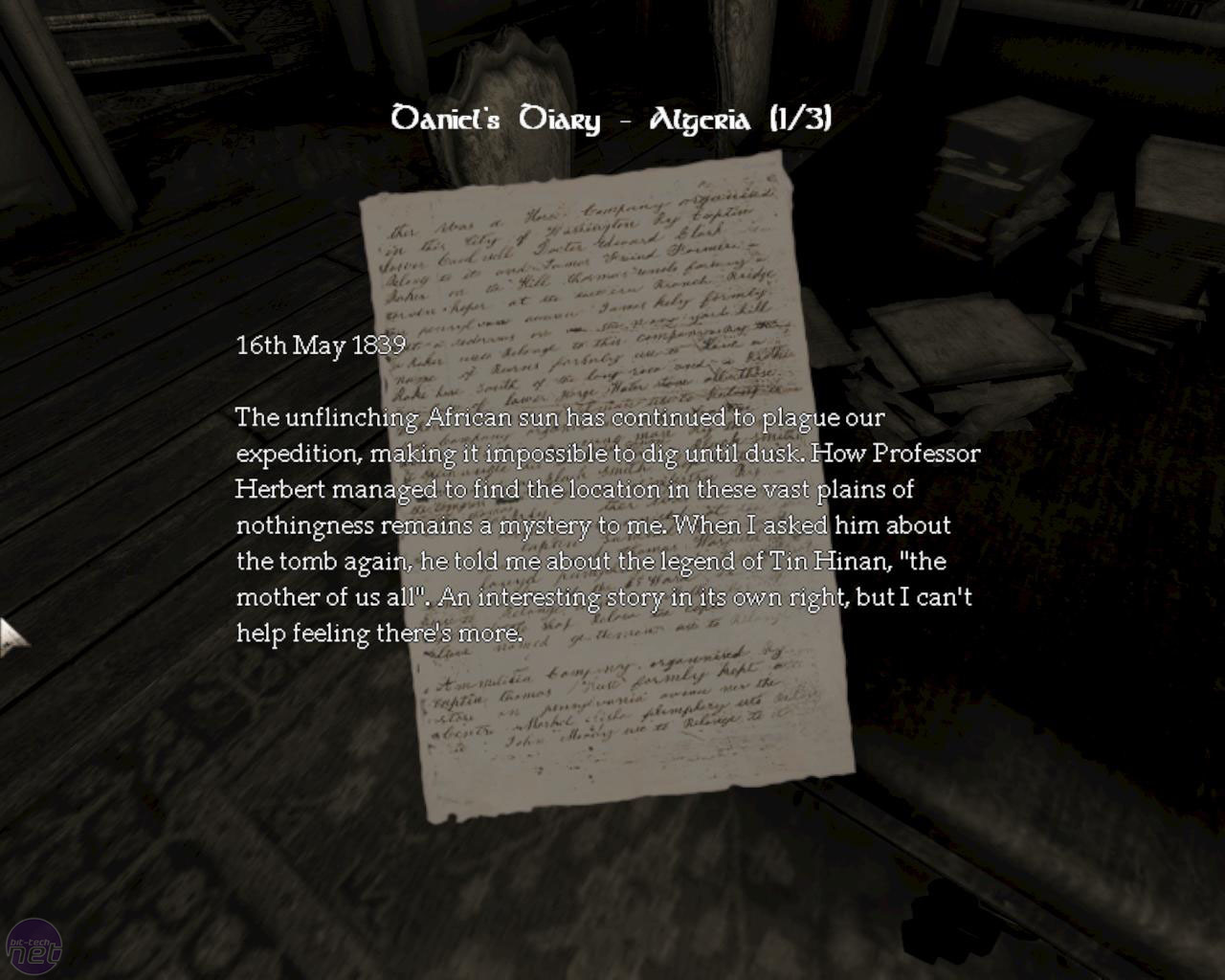 Amnesia and Penumbra have nearly identical inventory systems and screens. In Amnesia, there are more slots for items, and more item collection/ health meters to worry about, thanks to the sanity system unique to Amnesia. Both Penumbra and Amnesia have limited light sources, in the form of a flashlight and batteries you have to collect in Penumbra, and a lantern with oil jars you have to collect inAmnesia. Amnesia also has tinderboxes to light up candles, while Penumbra has glow sticks. Both Penumbra and Amnesia have notebooks as well, with hints as how to continue and a collection of all the diaries you find.

Puzzles
In Penumbra, the puzzles are decidedly harder than Amnesia's, due to both more streamlined level design in Amnesia, and less guidance in Penumbra. In Amnesia, there's a greater degree of hints to help you solve the puzzles. Even if there weren't hints, the puzzles would still come down to "collect items here, put them together in an easy way there". In Penumbra, there's a bit more variety, and less guidance to solve them. The level design in Penumbra also allows you to accidentally go far off the beaten path compared to Amnesia, sometimes requiring you to backtrack very far to solve a puzzle.

Controls
This is probably where the most similarities between Amnesia and Penumbra lie. Both Amnesia and Penumbra feature heavily physics-based controls, with the left mouse button being the primary 'use' key. The twist here, if you don't know already, is that you move objects and open doors by holding the left mouse button, and then moving it in the way you want to open the door. It's pretty unique, and makes you feel connected to the main character. You use WASD to move, left control to crouch, and space to jump. You also hit tab in both games to open the inventory. It's a good control system, and it works well in both games.

Or lack thereof. In the first Penumbra game, there's clunky combat that controls in almost the exact same way as general exploration, by moving the mouse in specific ways. This was removed in later Penumbra titles and Amnesia altogether. In Amnesia, you have to hide from monsters in the dark, and not look at them, or else you'll be more easily noticed. Penumbra has this too, though sometimes you have to use the aforementioned combat. The main difference here is that in Amnesia, there's a sanity meter that judges how easily you'll be noticed by enemies, and effects your vision. You lose sanity by staying in the dark for too long, seeing enemies or unsettling events, and you gain sanity with progress. Both Amnesia and Penumbra have a pupil dilation mechanic, where your eyes take a second to adjust to the dark.

So, in general, Amnesia and Penumbra are similar games to be sure, but they each have their nuances. Penumbra has a much more involved storyline, and Amnesia is more streamlined and casual-audience friendly, if they can get over the horror. Chances are, though, that if you like Amnesia, you'll like Penumbra, so check it out if Amnesia is your cup of tea.