In less than two weeks, a remake of the 1982 action flick Conan the Barbarian will hit theaters across the nation. Its lead actor, Jason Momoa, who’s taking on the iconic role occupied by Arnold Schwarzenegger in the original, recently revealed something interesting about a potential “Conan” sequel.

While at an interview with CRAVE Online, Momoa relayed that he’s already written a script for a sequel:

“CRAVE Online: Are you signed on to do another [Conan]?

Jason Momoa: I am, as long as people go out and watch [the first one], you know what I mean?

CRAVE Online: Yeah. Is there a story you'd like to do for the next movie?

Jason Momoa: I wrote it. 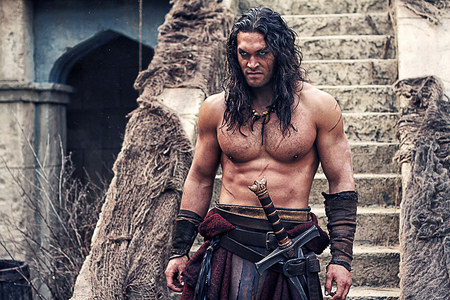 CRAVE Online: Did you really?

Jason Momoa: Yeah, so we're waiting to see if they'll accept it.

CRAVE Online: Is it original or did you adapt it from something?

Jason Momoa: It will mostly be... It's character-adapted, because I really want to get into more of the mythical creatures, you know?”

As you can see in the snippet from the interview, it’s unknown whether or not Momoa’s script will be picked up for the sequel if and when it does happen.

So, do we think Momoa has the writing chops to pull off a script, or will it produce disastrously barbaric results?