‘The Conjuring’ Sequel Being Summoned In 2016

"The sequel to the hit horror movie has been banished from 2015 to 2016"
By: Cristian Barros | Movie News | October 21, 2014
New Line scored a massive hit with James Wan's 2013 horror film The Conjuring, which grossed an impressive $318 million worldwide against a small $20 million budget. The movie also earned some of the best critical response for a horror movie in years (it has a Rotten Tomatoes score of 86%). So naturally, as is the case with most Hollywood movies that are commercially successful, a sequel is in the works. According to Variety, New Line had announced on February that it had dated The Conjuring 2 for an October 2015 opening, with Patrick Wilson and Vera Farmiga returning to star. The studio has now made the decision to move back the sequel to 2016 and replace it with an untitled horror film for a pre-Halloween release on October 23, 2015. 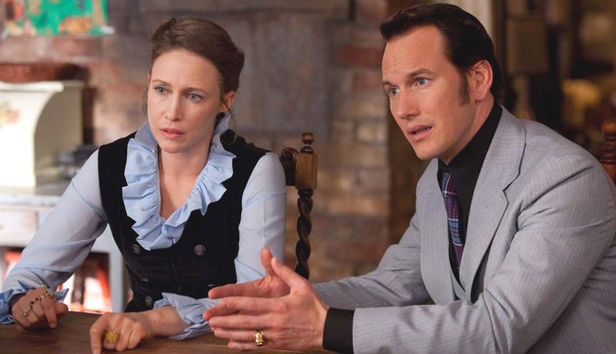 A spin-off movie, Annabelle, about a possessed doll introduced in The Conjuring, is currently in theaters and has grossed a strong $166 million worldwide against a $6 million budget.

The first movie was an impressive achievement and director James Wan created some eerie images combined with an emotional story that allowed the women to be at the forefront of the journey. We will see if the sequel can bring something new to the table and reach the commercial and critical level of the first movie, which many consider to be one of the best horror movies in a long time.