We PC gamers can be smugly assured that we have the best hardware; our gigantic hard drives, state of the art graphics cards and laser-precise mice give us a clear edge over console gamers.  But what about the games we play?  Admit it, we all get console envy from time to time when some new AAA game comes out only for Xbox or Playstation.  There’s no shame in confessing that you want to play some piece of forbidden Wii fruit either.

One of the big critical darlings of 2010 was Alan Wake, which only came out for the Xbox 360.  Even though it’s one of the best reasons to buy an Xbox 360, it isn’t enough to justify the purchase of a new console just for the one game (And Halo).  A smart and scary story about a novelist who battles dark forces in a town full of quirky folks right out of Twin Peaks, Alan Wake has made many “Best of 2010” lists.  Sure, that’s partly because the writers who write these reviews are a little biased towards games staring a heroic writer…However, the story is deep, with many interpretations, the characters are a distinctive lot (Not a grizzled space marine, or leather-clad vixen in the lot), and it is set in a fascinating word full of places to explore and things to collect. 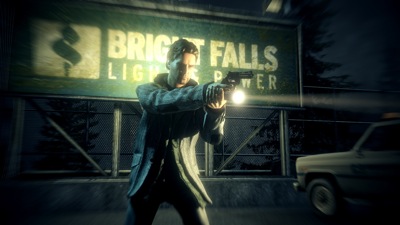 Why It Would Work On PC

This one is perfect for PC adaptation.  In terms of combat, the protagonist fights bad guys with a flashlight in one hand, and a gun in the other; nothing could do this better than a PC’s two-button mouse.  Of course this would make aiming much more precise as well.  Aside from the controls, Alan Wake uses an episodic structure to deliver its six-part story (Plus two DLC episodes).  A publisher could put this out on the PC one episode at a time, then use money earned from each episode to fund development of the next. A lot of Xbox gamers missed out on the pack-in extras that came with the Collector’s Edition, and these could be made available to PC gamers with each episode. 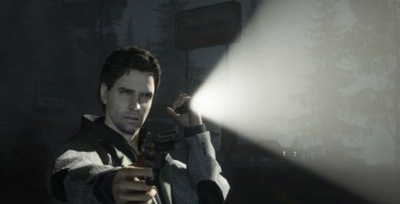 The Xbox version certainly had its scary moments, but it wasn’t very difficult, even on the higher settings.  The PC mode could up the challenge levels with an unlockable “Extra, Extra hard mode” to appeal to the hardcore gamers.  It was also originally designed as a free-roaming sandbox game.  The environments are often quite large, especially in the driving levels, and the PC adaptation could include a survival/ sandbox mode in which players are surrounded by an unlimited horde of bad guys at night, with no objective aside from finding the next cache of supplies and surviving until dawn.

There were two DLC pack released after the game out.  Despite its merits, Alan Wake did not sell well on the Xbox, and further DLC isn’t going to happen.  We can blame the abundance of illiterate Gears of War fans for that, but the Xbox’s loss is our gain.  New life on they PC would be an excuse to complete development of aborted ideas for further DLC. These enhancements might even tempt fans of the Xbox version to grab the game again on the PC. 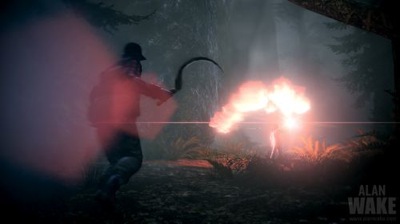 Of course most of this would be moot, except for the fact that a playable Windows version of the game already existed before it was decided that Alan Wake should be an Xbox exclusive.  Four years of development on the PC version has already been put in, and it could be brought to market, quite quickly.  Perhaps the numerous recent “Best of” awards will help Microsoft realize the potential of this product.

Have a look at our glowing review of the Xbox version and its first DLC.