The powerful gaming rigs that we call our PCs can run games on far superior graphical settings than consoles. They support massive online worlds of every shape and size ranging from Planetside to World of Warcraft. They can run classic games from bygone eras thanks to emulators, but alas, no such emulator exists for modern consoles. This means that PC gamers are still left out when it comes to the odd game here or there.

Tim Schafer is a game designer with a history connected to PC gaming, his classic adventure games such as the Day of the Tentacle, Grim Fandango and Full Throttle have all graced the PC with their brilliant stories and characters. Even when Schafer released his action-adventure game Psychonauts in 2005 (Arguably the greatest game you have never played), he made sure not to leave PC gamers in the dark, despite the game's abysmal sales. This made things all the more heartbreaking when he announced console exclusivity for his latest project Brutal Legend, a game based on the fantastical world of heavy metal, starring Jack Black as a roadie who must defeat the forces of emo music with the help of Ozzy Osbourne and other metal legends. 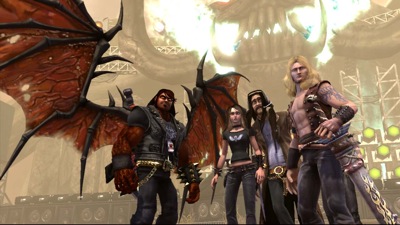 Why It Would Work on PC:

While initial trailers and the demo implicated otherwise, Brutal Legend is actually a real time strategy game.  While it's impressive how Double Fine have made the genre work on consoles, the RTS elements would work much better on the genre's home platform of PC. The fast paced nature of RTS games works much better with a mouse,for most players. The addition of a keyboard would also allow players to set hot-keys which would make the large scale strategy battles much easier to manage. 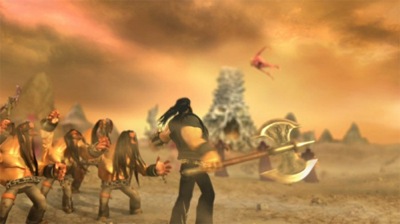 A PC Version of the game could also come with the DLC packs “Tears of The Hextadon” and “The Hammer of Infinite Fate” as well as a map editor around which a map-making community would spring up, adding new custom maps and mods to the game. Brutal Legend was based on a modified version of the Unreal Tournament 2004 engine, and it is worth remembering that UT2004 was easily modded, which could open Brutal Legend up to modders who could add new vehicles, music and other content to the game. While the number of modders who would work on the game is unpredictable, it's likely that an open world game like Brutal Legend could end up with a community just as strong as the PC GTA games.

Due to Brutal Legend’s average sales, and somewhat mixed review scores it's, unfortunately, unlikely that we will end up getting a PC version of the game. However, at the end of the day, regardless of what the market analysts seem to think, we still want Brutal Legend on our PCs. Also Costume Quest and Stacking would be nice too while Double Fine is at it!