PC gamers have a little something special that we like to import from Japan.  They’re called “Visual Novels”.  A little bit RPG, a little big interactive comic book, and it’s rare that they show up on consoles in North America.  The Xbox and Playstation got something along these lines in the game Catherine last year, but there hasn’t been a PC port yet.  This tragedy must be rectified!

Catherine was about an ordinary guy name Vincent who finds himself pursued by two hot women.  Okay, he’s not an ordinary guy, he’s actually the luckiest guy on Earth.  One of these vixens is named Katherine (With a K) and the other Catherine (With a C).  Vincent’s loyalty to his long-time girlfriend Katherine is tested when Kawaii sexpot Catherine seduces him, and the Player must make decisions over the course of the game which effect how this love triangle plays out.  There are eight possible endings based on the Player’s decisions, and the morality system that determines which ending someone gets is very subtle.  Players hoping for a happy ending will have to honest with themselves. 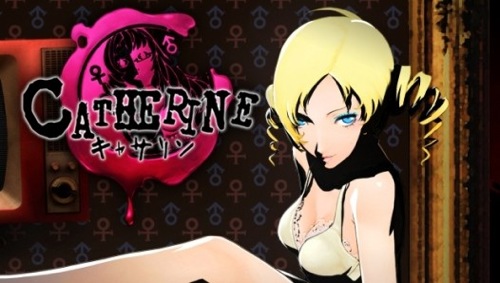 The visual design looks like manga, even the in-game scenes.  But Catherine wasn’t a pure visual novel; it spent half of its time as a puzzle game that represents Vincent’s nightmares.  He is pursued by monsters that symbolize marriage, parental responsibilities, and sex.  To escape them he must climb up a tower composed of blocks that he has to push and pull in clever ways.  It’s a real brain-twister (Even on Easy mode) and offers tense gameplay for people who need a change of pace after watching an hour-log cutscene.

While it’s an excellent game for both consoles, it needs to be brought to PC.

Why would it work better on the PC?  That damn camera!  Trying to keep Vincent in sight when he’s climbing around the back of the tower is impossible.  The analog sticks slowly rotate around in a clumsy fashion, and this places a lot of limitations on the Player’s options.  Being able to use mouse look would make this easier.  There’s also the issue of the analog stick being used for movement.  Most of the times I died in Catherine were due to control issues.  The clear directional controls of the WASD keys would be more precise in this particular game. 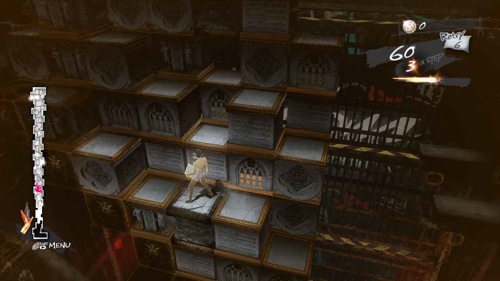 What PC Exclusive Content Could It have?  A level editor of course.  This game is built on the Gamebryo Engine, that’s the same software that runs highly modable games like Oblivion and Fallout 3.  Letting players design their own tower puzzles to climb would give it a while new life on the PC.

Of course, there are gamers who don’t care about the puzzles and want to focus on the story.  For them, there could be a mode that does away with many of the puzzles to focus more on the Visual Novel elements of the game.  This is quick way to explore the multiple endings and many dialog options. 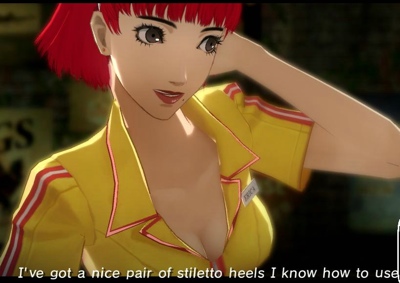 Then there’s the naughtiness!  Catherine is an adult game filled with sex, booze and profanity.  Throughout the game, Vincent receives sexy photographs on his cellphone from Catherine, but players never quite get to see the good stuff.  I wouldn’t be surprised if some Adults Only concept art was already in the developers files, just waiting for an unrated edition that could be digitally downloaded.

A neat feature of the game was that at certain times, players would be directly asked questions about moral issues.  After answering, they could see how other players responded.  Of course bringing it to PC would breath new life into this feature and create a new community for the other online features.

How likely is this to happen?  The publisher Atlus has been bringing some of their games to PC lately, and hackers allegedly found come image files on the console version of Catherine that show an interface for a keyboard and mouse set up, so there is a small chance of it actually happening.

Even if it never makes its way to PC, Catherine is still one of the more unique games of this console generation, and is certainly worth picking up for people who want a game with a deep story, a little romance, and grown-up themes.  Check out our review of the Xbox version.