Us PC gamers got cheated out of Red Dead Redemption, and now we’re afraid that we might have to lower ourselves to playing the next Rockstar opus on a console as well.  The new game is called LA Noire.  It’s set in 1947, a time when men were men and dames was nothin’ but trouble, I tell ya.  Rather than controlling a lawless reprobate, this time around, Rockstar has you playing as Johnny Law.  Unfortunately, at the moment, the only way you’ll be able to play this is if you do so on an XBox, or Playstation.

If you can get over that handicap, you’ll start out in LA Noire as a humble patrolman named Cole Phelps.  If Phelps looks familiar, it’s because his face is modeled after his voice actor, Aaron Stanton who plays Ken Cosgrove on TV’s Mad Men.  Cole is an honest cop, maybe the only one on the force, and over the course of the game, he’ll work his way up the LA PD by investigating a series of murders that are all based on real cases from the forties. 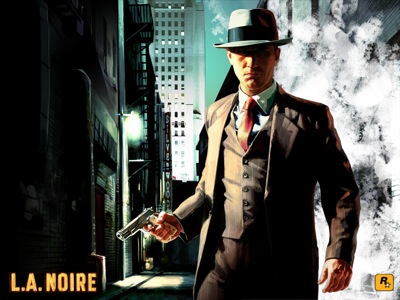 It plays in some ways like the standard Grand Theft Auto clone; you’ll be able to drive around a sandbox consisting of eight square miles of virtual Los Angeles, and there will plenty of incentives to explore on foot.  However, the main focus of the game is on solving crimes, rather than running around to cause mayhem.

While you will have gunplay and fistacuffs, as a detective, your notebook is more important than your gun.  Much of the game will involve investigation and interrogation; your casebook keeps track of important evidence and statements, which will ring a bell for fans of the Phoenix Wright lawyer games.  When you interrogate suspects, facial animation technology will help players determine who seems suspicious, nervous, or trustworthy, and observant detectives will be able to press reluctant witness whose statements contradict existing evidence.  Nintendo fans are probably already screaming OBJECTION to this sort of gameplay. 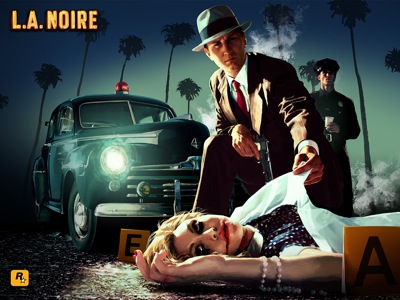 Why it would work on PC

PC gamers absolutely love solving mysteries.  We play all sorts of point ‘n’ click adventures where we use our brains instead of our trigger fingers, and of all the games that have come out of Rockstar, this one seems to be most appropriate to the existing PC demographic. Needless to say, a sandbox game like this with a huge open city is going to have a lot less pop-up problems when played on a graphics card that was designed this decade. 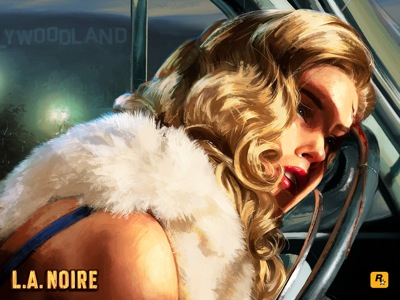 The publisher has already announced a bunch of pre-order content, and there’ll no doubt be DLC (Probably announced on Launch day.  We should expect all of that rounded up for us on one disk by the time it hits PC.

Rockstar does have a tendency to eventually get around to making PC versions of their games (Liberty City looks gorgeous on my PC thanks to the port of GTA IV).  That’s why I’m excited about LA Noire.  I think if us PC gamers gamers hold out long enough, this one is definitely coming way.  If you just can't wait, it'll be out for the consoles on May 17th.