Odd Lot Entertainment will produce a film based on Orson Scott Card’s classic dystopian fiction novel Ender’s Game. Just last year, Card himself stated that the film might not be happening, but according to the Los Angeles Times’ Entertainment Blog, Tsotsi and X-Men Origins: Wolverine director Gavin Hood rewrote Card's latest script and is possibly directing the film.

The novel describes a future where humans are forced to prepare military units, which including young children, to fight against aliens known as Formics. The protagonist is young top-flight soldier Andrew Wiggin, who is also known as Ender. Despite the acclaim and awards for the 1985 novel, “Game” sparked controversy with its use of children as soldiers and its depiction of graphic violence. Over 20 years later, Card is still pumping out "Ender" stories, having just released Ender in Exile.

The author isn’t too keen on his novel becoming an effects-driven film; rather he wants a film "where the human relationships are absolutely essential -- an honest presentation of the story."

Film plans have been limbo for this novel for years. In the early 2000s, Wolfgang Petersen (Troy) was attached to direct with Star Wars Episode I: The Phantom Menace star Jake Lloyd attached to the role of Ender. Obviously, the plans have come a long way since.

“Game” features a very intriguing concept, one that could still prove controversial even today; Hood would certainly be a great choice to direct a film of this nature (intense action with some drama mixed in on occasion). That is, of course, if he does get to direct the film. With similar yet possibly more marketable films like The Hunger Games (some say it's "the next Twilight") in the works, however, this promising adaptation might have trouble finding an audience outside of the book’s cult following. 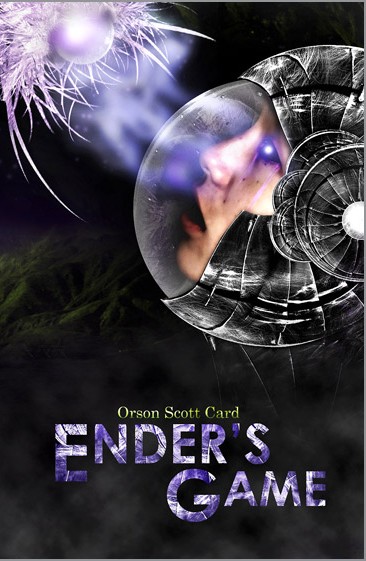