The answer to Marvel Comics' oh-so-cryptic "Snikt." teaser has been revealed. It's Wolverine, who is going to get a second solo series brought to us by Paul Cornell and Alan Davis.

A second ongoing series for Wolverine doesn't come as much of a surprise. Frank Cho's Savage Wolverine book seems like one that will inevitably suffer from lateness and a general disconnect from the rest of the Marvel Universe. Cornell and Davis' Wolverine is more likely to come out in a timely manner and therefore be more able to tie into events going on elsewhere. 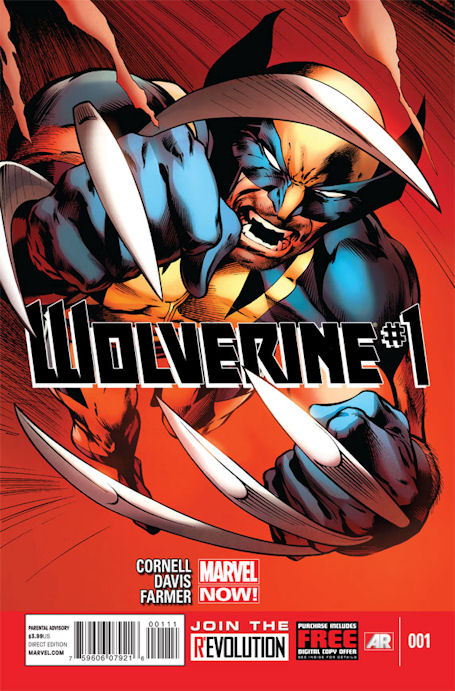 As far as the series premise goes, Cornell is light on details with a vague description about Wolverine protecting an innocent from a bad guy. Oh, I'm sure there will be more to it when the issues start coming out, but we aren't getting much in the way of teasers. The only notable thing from Cornell's description is his odd habit of referring to Wolverine as "James" and even going so far as to call him "James Logan" at one point.  I can't say I've ever heard a writer talk about the character like that, since his name is just Logan. Or James Howlett, if you want to be out of date.

Is this a hint of something Cornell is planning for the series? Or is it a sign that Cornell is a bit confused when it comes to the character? Only one way to find out.

This also marks Paul Cornell's return to Marvel Comics after leaving for DC Comics a few years ago. His quick return probably says something about what's going on at DC, especially given that he was having more success there than his previous time at Marvel. Yet, he decided to leave them and write the other Wolverine book for Marvel.