Covert Affairs – In the Light

This week’s episode continues the trend and it is easy to see that In the Light is the best episode of the show so far. In the show's short run, this is the first episode that not only tells an interesting, if not at times convenient, story, but also raises some pretty deep philosophical questions.

The question of what is the 'greater good' is not a new quagmire by any means, but the show approaches the topic lightly, never venturing into the realm of being preachy, but also not answering the question. I think it by design that Gregory Itzin, most will know him as the morally grey President Logan from 24, guest stars as the former head of the CIA and Jay’s father.  Itzin is a veteran actor and he plays the equally enigmatic character admirably. While he is never the focal point of the episode, when he is on screen the story progresses.

Annie once again gets thrown into a situation well above her experience and to everyone’s surprise, comes out on top. Yes this is  expected, after all,who wants to watch a spy show where the protagonist always fails. Annie is forced to rely on her ability to communicate with people and her compassion, to accomplish her mission to an extent that we are yet to see. The show has succeeded in showing us how Annie has grown from the green trainee, to the legitimate spy she is know. She is the one who seems to be struggling with the 'greater good' question the most, which is logical; she has not been on the job as long as the other characters. Auggie once again shows himself to be the most dynamic character. He has strong opinions about right and wrong and he is not afraid to share them. This growth in his character is welcomed and the seeds of an Auggie, Annie relationships are starting to be planted 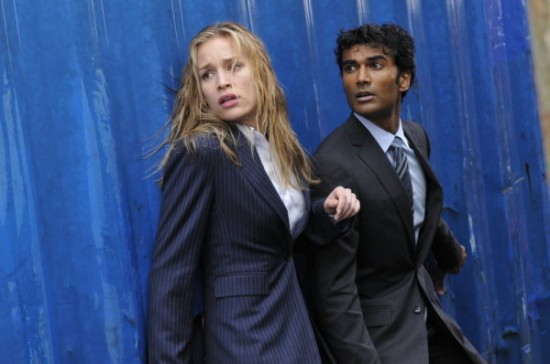 Speaking of relationships, Jay puts it on strong this week. It should come to no surprise that he was going to pursue Annie. Good looking new girl in the CIA and the good looking (so I’m told) higher up being forced to work together….yeah you knew it was coming. Annie seems to be confused by the entire matter, but it is important to note that she never outright reject his advances. Auggie looks to be a bit flustered during these standoffs and I am going to call it right now, I am on team Auggie.

The best aspect of this episode however. is what it means for the overall arc of the show. Without spoiling anything, we get a better idea about the most mysterious character in the show and how this fits into the actions we have seen. We get to see this information from a shockingly personal perspective, that hopefully will become a recurring part of the show.

The plot of the episode revolves around a known terrorist and arms dealing making his way to US shores. While not the most creative story, the way in which it intertwines with both our characters and the broader implications of their actions, is what makes it so memorable. The end is rather shocking and I think represents a turning point for the show. So far it has been good but we always knew it could be better; In the Light is what the show always should have been and if they continue on this path, it could become something very special.