By: Justin Moody | Comic Reviews | September 3, 2010
Critical Millennium succeeds in telling a highly political, future-full-of-doom story set in space. Based on the previous sentence you would think that it almost has too much going on in the story, but that is why it succeeds because it takes everything in strides and blends them effortlessly together. The first issue seemed rooted in 'Event Horizon' where as the second issue is more 'Cowboy Bebop', with its sassy dialog and cool setting.

The story for the second issue begins in the past compared to where the first issue ended. Thomm's family is meeting with the world Prime Minister. His Grandmother is explaining that the world is dying and due to pollution, over population and basically Earth can't sustain its inhabitants any longer. She informs the Prime Minister that her company is pursuing intergalactic space exploration with or without the governments help. You can actually read this scene in our preview of the issue here. 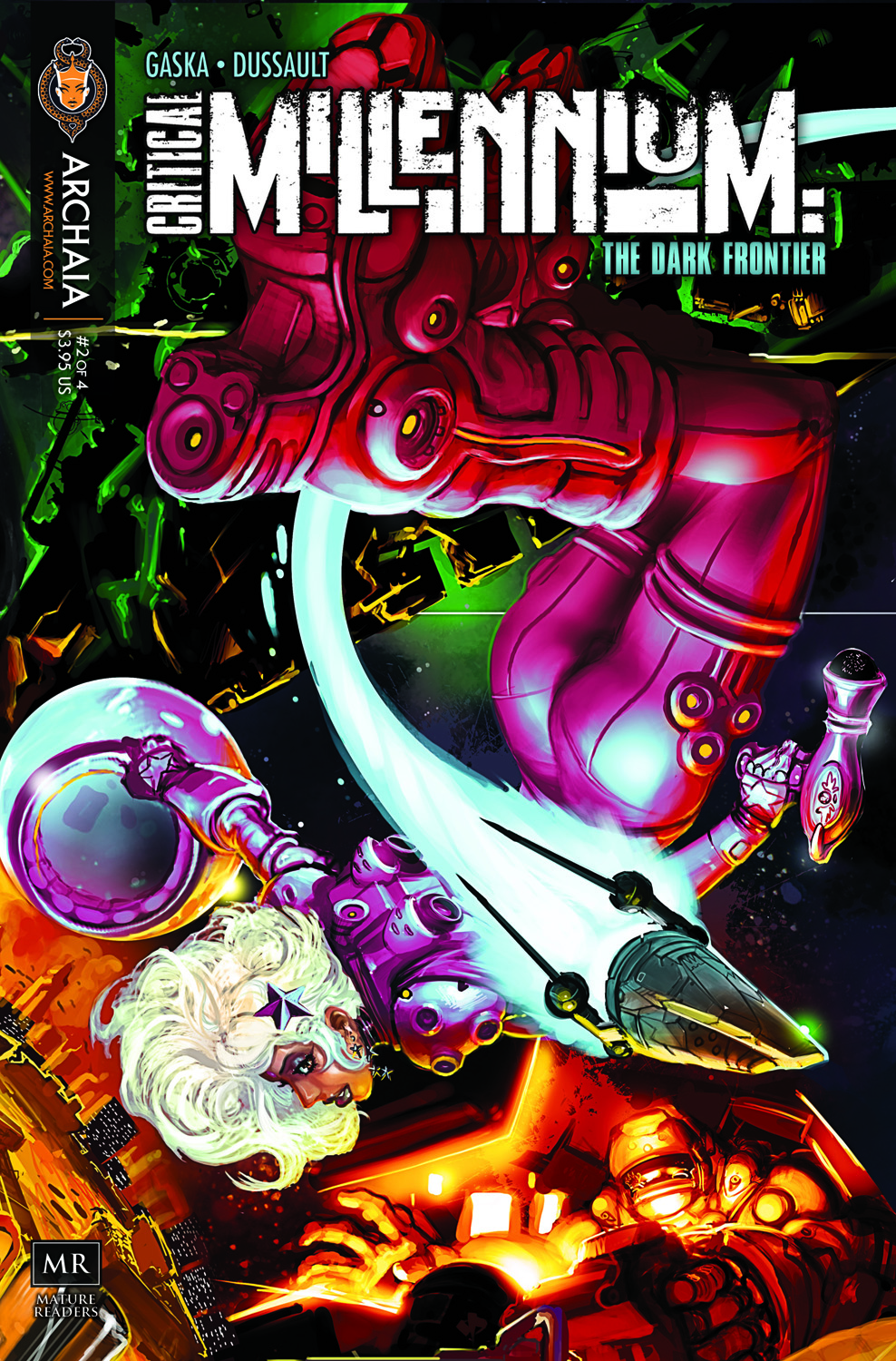 Afterwards Thomm and his friend Eryc start their journey towards becoming the captains of the ship they are sponsoring. They make their way to the test site for the first run of the technology that will power their space ship. There they meet Dr. Pandita the 3rd captain in line after Thomm and Eryc on the ship. She is highly intelligent and actually in charge of the getting the mission off the ground. They witness the first flight of the test ship nearly fail, but with a little luck and a lot of training the test pilot manages to save the craft and record the results needed for the maiden voyage.

Creator and writer Andrew Gaska manages to sprinkle social and political commentary all throughout the issue, but in a way it holds the attention of the reader. Whereas the first issue built the story and the plot, this issue focuses on the development of the characters. Even the new characters introduced in the issue are developed and far more interesting than those of the first issue.

The art style is simply wonderful and is the perfect match for the story. Artist Daniel Dussault keeps the animated yet rustic look to the book very consistent. The space elements are by far some of the coolest designs the genre has seen in comics. Dussault's over the top violence is shocking yet beautiful and just another reason why he's perfect for the book.

You may not be into Sci-Fi, apocalyptic, end-of-the-world stories, but really you should try this one out. Its concept and execution alone are worth the read. With only one issue left in the series it's hard to imagine a happy ending, even harder to imagine a complete ending. But I'm sure that the team will pull it off. Personally I can't wait for the third issue to arrive and will be counting the days till its arrival.