By: Justin Moody | Comic Reviews | June 18, 2010
Big Dog Ink's newest title Critter is a super hero book. You think that with a title like Critter the book would be about cute little animals running around the woods, but it is not at all. The story takes places in Greenville, Michigan and we are introduced to our heroine Cassia Crawford. Cass is a simple girl who lives in the country with her grandmother due to the fact that her mother died. She makes an honest living as a waitress and a super hero, but her grandmother doesn't know that part.

Cass battles within herself as to why she has she been given these powers and really if she's ready to be a hero. Lucky for her a man drives by with a kidnapped little girl, immediately answering her questions. Cass quickly goes into action and stops the kidnapper and rescuing the little girl.

While walking back home she is met by one of her old mother's friends named Brenda. She confesses to Cassia that her mother was none other than the Velvet Fox, a famous heroine. Cassia is stunned at the revelation and wonders why she is only being told now. Brenda says that it was kept secret so that the enemies of the Velvet Fox wouldn't find her. 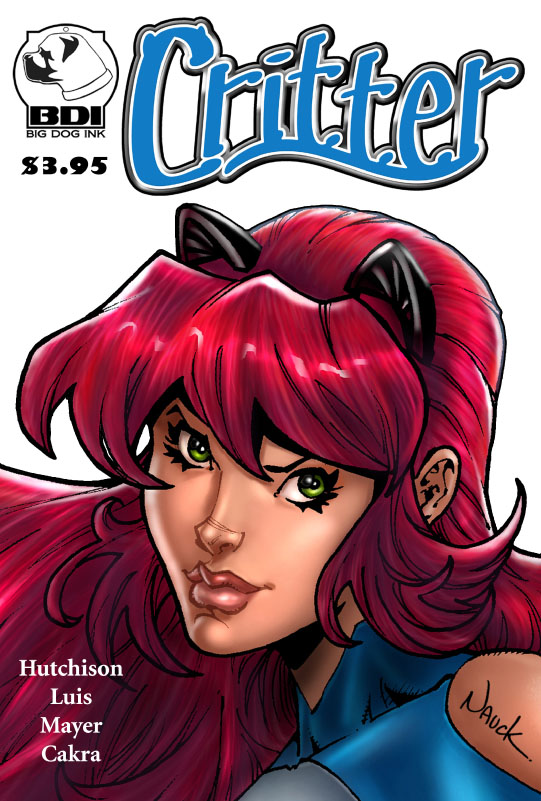 She goes on to explain that her mother had a plan for Cassia to be her own superhero and even had a costume for her. But there's a catch, now that Cassia is aware of her powers she must begin her training as a hero. Who is going to train her? The core, her mother's former team. She won't just be training as a hero, she'll also be going to college to train her intellect.

Critter is a simple super hero. It uses the origins of Superman and Spiderman and puts them together in a good way. Strangely enough the books simplicity is what makes a great read. Cassia struggles with her new powers and debating if she can handle the responsibility, makes this story enjoyable. Another interesting aspect of the story is her training. At some point she will be training with each of the members of the Core.

The art in this book is very impressive. It gives off a nineties feel from the Image heydays. Big Dog Ink's superhero has a lot going for it in this first issue. The story is simple and fun while the art is nice to look at as well. If you're looking for a classic comic origin, but with a flare of nineties art gives this book a look.